Men are lucky when they get a “yes” on their marriage proposals. But women are even more blessed when they find men who would go an extra mile to stage an extra special wedding after they propose.

A wedding is the grandest event that could come in a couple’s life. Before the special day though, the bride is usually more hands-on in the preparations and it would mean enduring a lot of stress. Seldom do we hear about grooms doing all the tasks of making the big day possible.

Michelle Williams though is a real princess served by her prince charming even up to the day they got married. This 37-year-old woman was asked by her lover to settle down but the catch is – they are to be wed in less than 24 hours from the time of the proposal!

Michelle’s boyfriend, Scott, staged a fluttering proposal at a winery on Santorini in front of 50 friends and some family members. Of course, she said yes. But Scott then revealed that they were actually doing the wedding the next day.

A woman goes on a vacation in Greece but little did she know that it will change her status for the rest of her life. 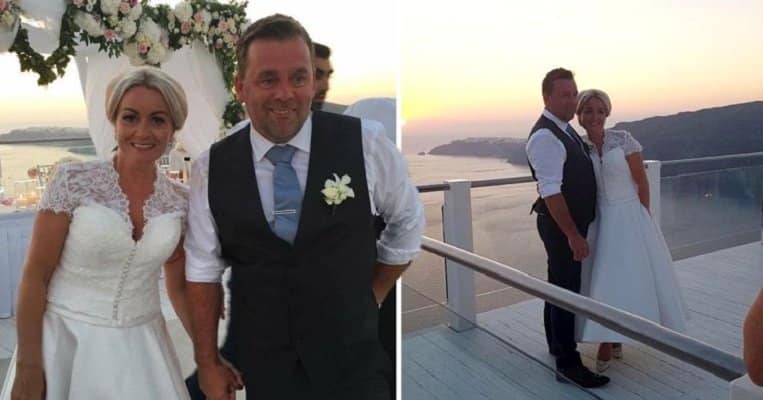 To her surprise, Michelle learned that Scott planned and fixed everything in the past nine months. Apparently, Scott have been secretly tapping everyone to help him iron out his plans.

Originally, Michelle was to celebrate the first death anniversary of her mom who passed away last year. As a gift, Scott booked for a Greek island treat for her and as she thought she should take her mind off the mourning stage, she planned to travel with her sister, brother, dad as well as her two children from a previous relationship, Molly and Brandon.

When her dad said he was coming, Michelle was quite surprised as he hasn’t been on a plane since he was in the army in 1957. She had no idea that his presence would mean leading her to the man she’d spend the rest of her life with.

Scott surprised his girlfriend when he brought 50 of their friends to witness his proposal to Michelle. 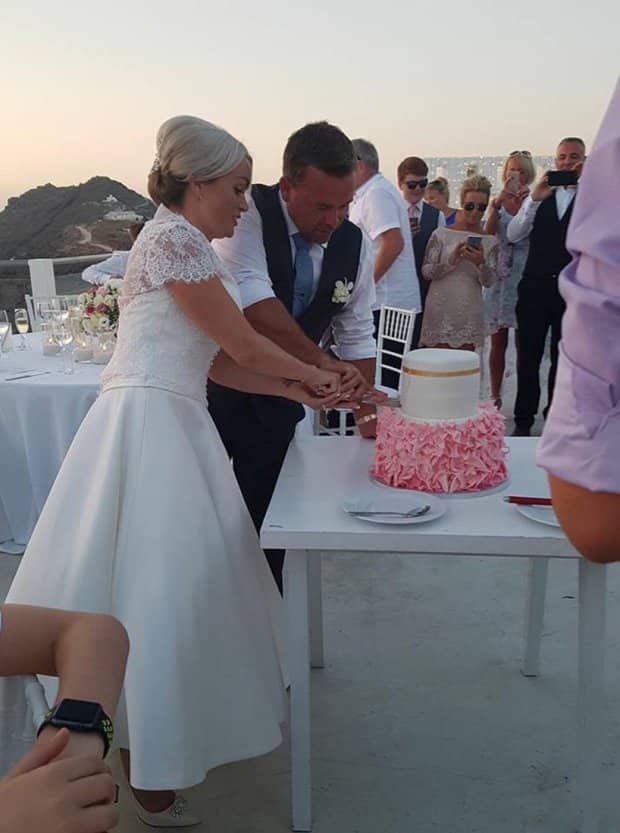 Scott prepared everything from the floral arrangements, the venue, and even the bride and bridesmaids’ dresses. She said she couldn’t imagine that her boyfriend had a sweet bone in him but was pretty much impressed with the effort. She said:

“I was so overwhelmed by it. I get emotional now even thinking about it, as it was all so surreal. I wasn’t worried about anything, though, because I knew he would do a good job.”

According to Metro UK, a few months before the event, Scott’s friend Shelly, who runs a bridal boutique, asked Michelle to try on some of her new stock of gowns to help them get her fit. Michelle said that during the fitting, she saw a dress she really fell in love with saying:

“I tried it on and I started crying, because I was thinking of my mum and I wanted her to see me in a wedding dress, but I just kept saying, ‘I’m not even getting married.’”

“I had no idea that it was all a ploy so that Scott could pick something that I would like. I thought it was just a bit of dressing up.” 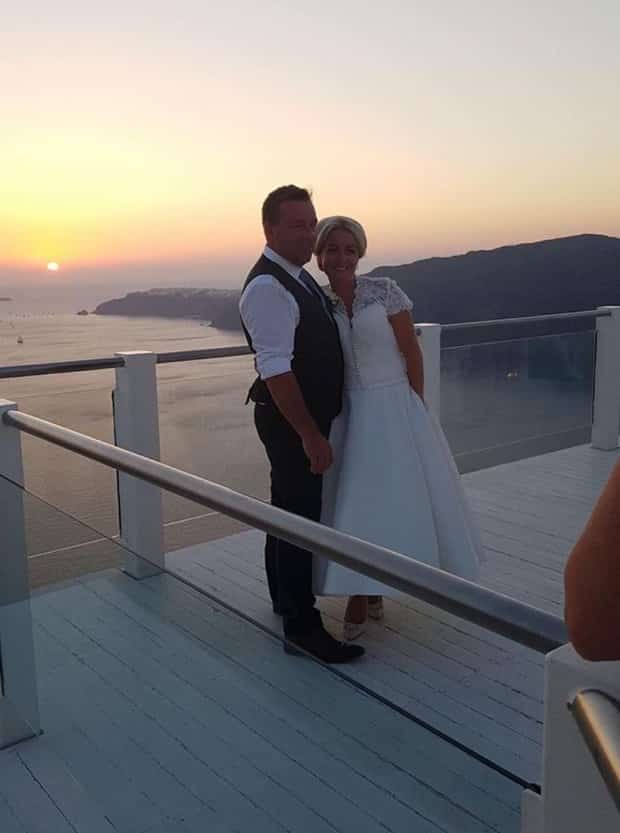 In her white fitted gown with laces and long train, Michelle walked up the aisle on a rooftop with her dad and said “I do” to her groom who made the best effort to give her the dream wedding she had always hoped for.

Scott said he knows how stressful it can be to prepare for a wedding so he arranged everything months before the event. 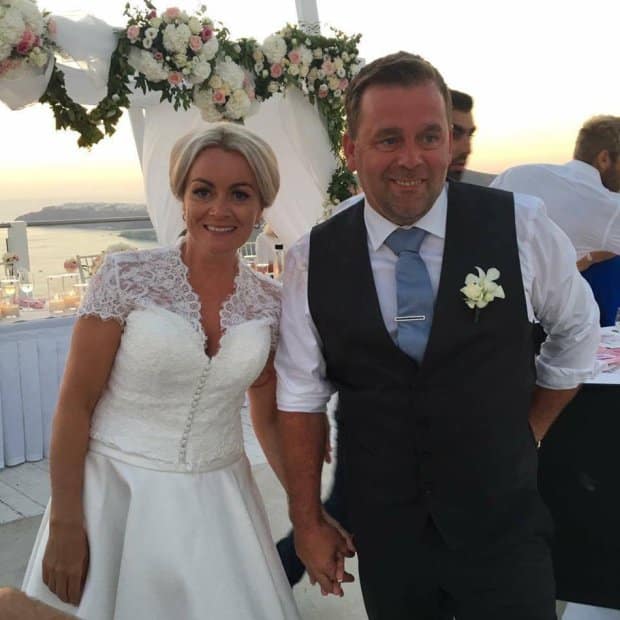 “The day was so perfect – there was nothing I would have done differently. Scott had planned it all so well. He had a photographer, cake and even remembered name tags on the tables. It was amazing.”

Take a look at the romantic proposal Scott made: