Aside from making sure that your finger and toe nails look good and clean, manicure and pedicure can be relaxing since manicurists do little reflexology and hand massage techniques.

We should keep in mind that if we have a wound or injury in our hands, fingers, feet or toes; it’s best to not have our nails done yet. Wait for your wound or rashes to heal first to avoid infection or illness.

Of course, all the tools used for manicure and pedicure must be properly sterilized, maintained and cleaned but sometimes some salons fail to practice this strict hygienic procedure and this can cause serious harm to customers.

It’s important to talk to your manicurist about your limitations, concerns and let them know if you feel uncomfortable during your manicure/pedicure session.

Stacey Wilson had a pedicure but was hospitalized after having a serious infection from the tool that was used to clean her feet.

A mom, named Stacey Wilson went to a local salon to have her toe nails done. She initially thought that it will be a day for pampering and relaxation but ended up being hospitalized days after she had pedicure.

According to Stacey during the time her nails are being done, the manicurist was too harsh and hard on her feet while using a pumice stone to clean it. The stone cut her skin on the side of the feet and under the pinkie toe which according to her was painful.

On the first day after she went for a pedicure, she noticed that her ankle became sore and reddish. The next day, it was getting worse and bigger. On the third day, Stacey has 102 fever and could no longer stand; the redness on her feet is already almost knee high. She was rushed to the emergency room and was identified that she has cellulitis. She spent four days in Saline Memorial Hospital.

She suffered cellulitis, an infection of the skin where bacteria develops through a cut or scratch in the skin. 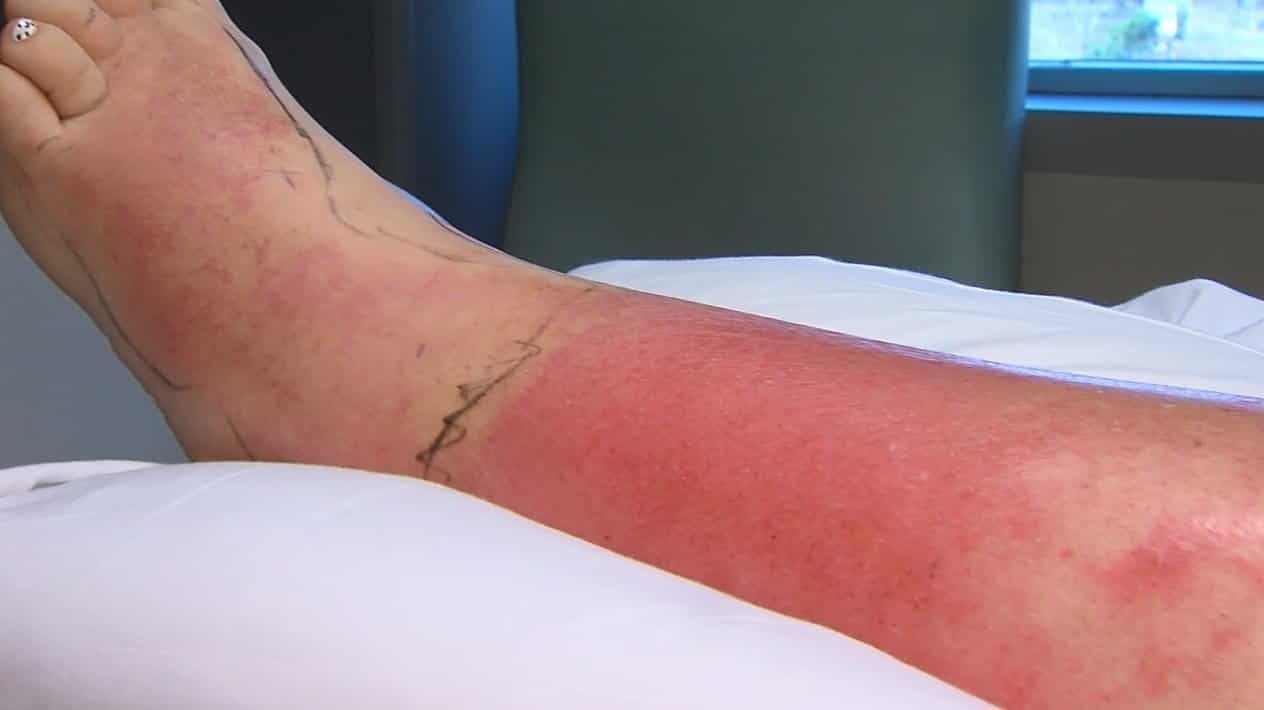 Cellulitis is a bacterial infection of the skin and tissues that spreads. Usually cellulitis appears on areas with cut, scratch, open wound and ulcers. The symptoms of this infection are swelling, tenderness, redness, feeling warmness or hotness.

Stacey will file a formal complaint against the salon, to the Arkansas Health Department as soon as she recovers from the incident.

Dr. Michael Pafford said,
“Recognizing you have the right to refuse them from continuing if you think they’re not using sterile equipment. That’s the best thing to do.”

Speaking up right away will save you from further damage or danger; also your concerns will be addressed right away. Don’t wait for things to get worse before making an action.

Don’t forget to SHARE this to your friends and family, inform them about what to watch out for when having manicure and pedicure.