Do you believe in rituals? Some people observe and practice rituals; some do it for religious rites or cultural practices for a good cause.

While others do it mainly for selfish reasons without having enough knowledge and basis about the ritual being performed.

Some individuals do these believing they will receive something good in return at the expense of others. We have seen and heard about these kind of stories in movies and in real life.

A beautiful Tanzanian lady who was said to be in her twenties has been a victim of a ritual performed by his boyfriend.

A Tanzanian businessman was alleged to have buried his girlfriend in a deep pit for 8 months, deeming that he will quickly get rich if he successfully performs this ritual. 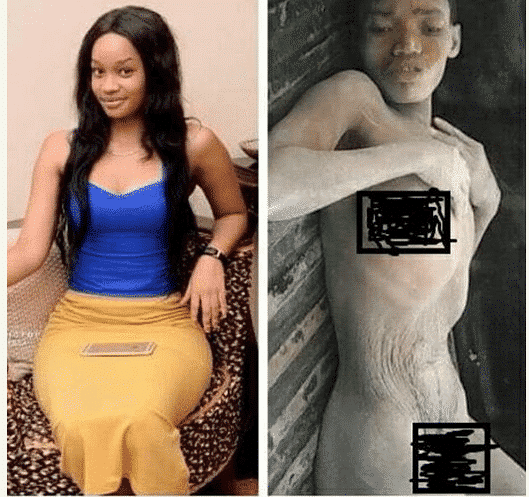 The photo and video of the lady who was buried alive have gone viral in social media; many netizens have expressed their sympathy and concern for the woman as well as shock and rage to her boyfriend.

The police officers rescued the lady when they have received a tip from the neighbors who believed that someone was locked up underneath the ground. His boyfriend used a plank and bench to cover the passage way to the pit so it won’t be obvious to other people. Her boyfriend was arrested by the police right after she was rescued.

According to her boyfriend, a witch doctor advised him to dig a hole in the ground and bury the person whom he loves most, also to feed her only once a week and recite an invocation on her head. He added that according to the witch doctor, this is the easiest way for him to get rich.

Her businessman boyfriend who was arrested immediately right after she was rescued by the police. 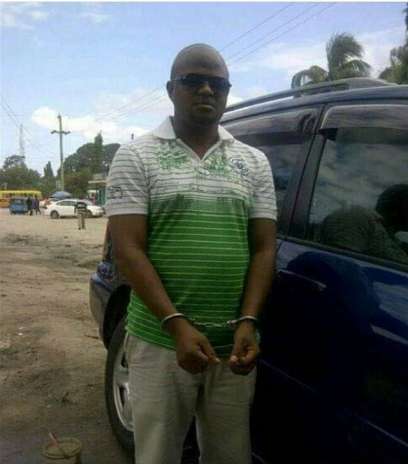 The woman miraculously survived this tragic incident and is on her way to recovery. She said that she was only fed twice a week. The lady was very pale, malnourished and weak during the rescue.

According to the hospital who examined her, she will need rehabilitation sessions to be able to talk and walk normal again. Her back muscles have blend together on one side and her bottom has taken the shape of her lying position since she has been buried and in a lying position for a very long time.

Watch how they rescue this lady:

This is a very heartbreaking and terrible incident but the good thing is she was saved from her evil boyfriend.

What can you say about this story? Let us know your thoughts!