A 26-year-old woman from Minnesota celebrated two milestones in her life one after the other. In less than 24 hours after giving birth to her second child, she walked across the stage to receive her master’s degree diploma.

Without question, a graduation is one thing every student looks forward to. After all, walking across the stage while donning a graduation gown and cap is something any student can be proud of.

Zeinab Abdalla is the first in her family to have a master’s degree. 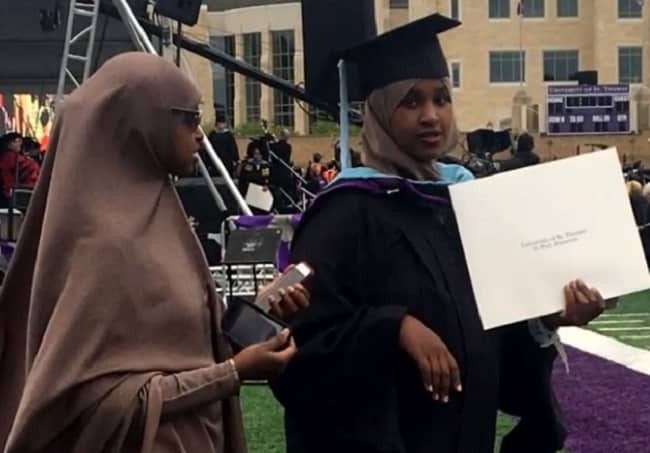 While there are others who opt to skip their graduation rites for whatever reasons they have, others move heaven and earth just to take part in ceremony – just like Zeinab Abdalla. After all, she worked hard to finish her master’s degree diploma in autism spectrum disorder.

A day prior to her graduation happening at 5p.m. on a Saturday, however, Abdalla first had to deal with another event in her life: She gave birth to her second child on a Friday evening. Despite that, she was determined to attend her graduation ceremonies the following day since she is the first person in her family to have a master’s degree.

Hence, in less than 24 hours, Abdalla switched her hospital gown to her graduation gown to receiver her master’s diploma after she and her family decided that she and her baby were both healthy enough to make it to the ceremony.

While it may not have been easy, she proved that it can be done.

“It was a struggle, but you know what? Everything is possible,” she said.

Real determination: Abdalla attended her graduation despite giving birth less than 24 hours before the ceremonies. 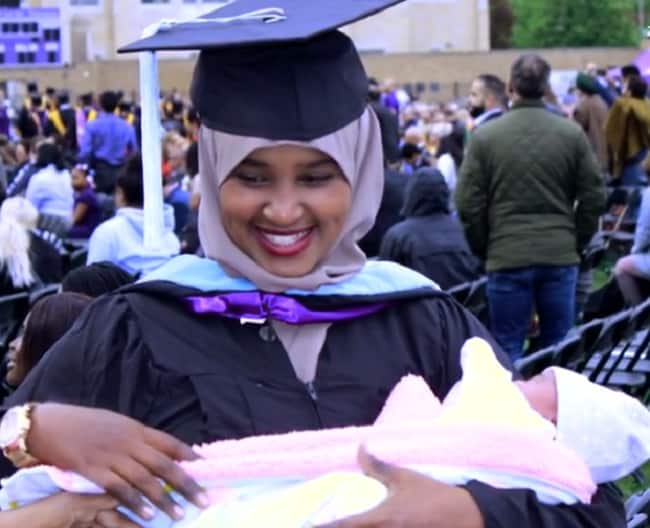 Apart from Abdalla, her husband, eldest child, newborn baby, and the graduate’s younger brother were also present at the ceremony to cheer on her. However, it seems that it will not be the last graduation ceremony Abdalla and her family will be attending as she has revealed that she intends to pursue her doctorate degree eventually.

She is another proof that no matter how difficult a situation is, nothing is impossible for someone who really wants something to happen.

“This is an amazing night. I made it, thank you,” Abdalla said after the ceremony.