In times of grief, we’d often long for the loved ones we lost to make their presence felt. We want to be comforted by the thought that they’re not entirely gone. So many grief-stricken people long for spirits to give signs that they’re somehow still around.

Perhaps, this was what happened to a woman from the Philippines who was devastated by the death of her child.

A RachFeed story highlights a video shared on Facebook by Joy Ganda Vibar-Alamares, which shows a scene from the wake of her child. We see the child’s white casket and some white balloons near it.

The white balloon went towards the tearful mom. 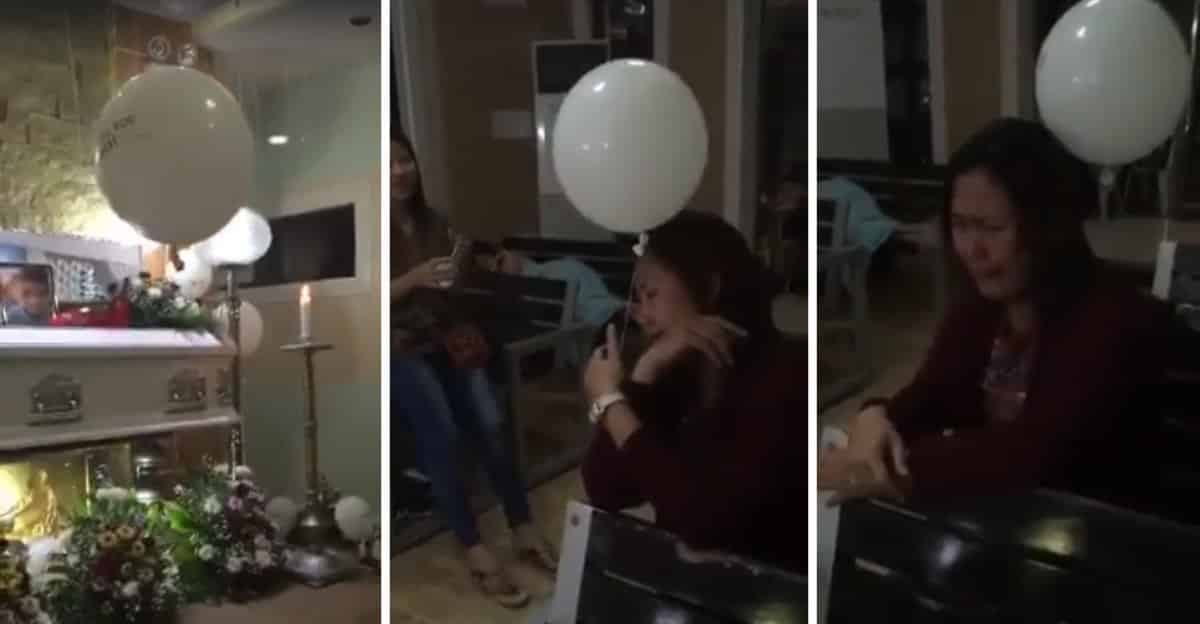 Just when you think nothing unusual would happen, a white balloon starts moving by itself towards the direction to where the crying mother is seated.

In the study of dreams, balloons often represent an idyllic childhood that a person is longing to go back to. The color white stands for purity.

Out of several balloons in the room, only one moved towards the crying mom.

In more recent times, white balloons have been used as a symbol of grief.

Seeing this video, some skeptics might argue that the balloon’s movement was just natural. In fact, some people may dismiss it as just another coincidence. However, it’s worth noting that no other balloons were moving in the same space. What would propel a single white balloon to move straight towards a grieving mother? Was her child’s spirit trying to ease her heartbreak?

There may be no explanation as to why the balloon moved precisely towards the crying mom.  Then again, there’s definitely no harm in believing that the white balloon was the child finding a way to tell the grieving mom that she isn’t really alone.

On our end, we want to believe that it was the universe’s way of trying to give the heartbroken mom a little relief during a very sad time.