The internet is filled with terrible news that seem to reveal the worst in humanity. However, once in a while, we come across a story that can make us smile and believe that there is hope. For instance, one guy witnessed a young man trying to pay for an expensive date at a fancy restaurant. Interestingly, the waiter came through and made it a truly memorable experience.

The story was shared by Twitter user Tim (@forwardnotback) who recently went for a Sunday dinner at a fancy restaurant. The netizen stated that a young couple was seated next to his table and he realized that they were probably on their “first meal out together.”

Who wouldn’t want to go to a fancy restaurant on a first date? 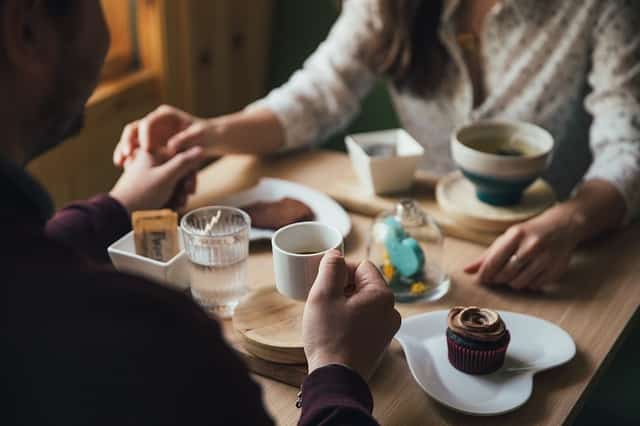 The young man reportedly insisted that his date should order whatever she wanted and that he was paying. However, things took a turn when they were handed the menu.

The young woman repeatedly tried to convince her boyfriend that they should split the bill. However, the young gentleman kept telling her to get whatever she wanted.

The young couple were clearly in love but also struggling with the prices at the fancy restaurant. Interestingly, their waiter decided to step in and put the lovebirds at ease. 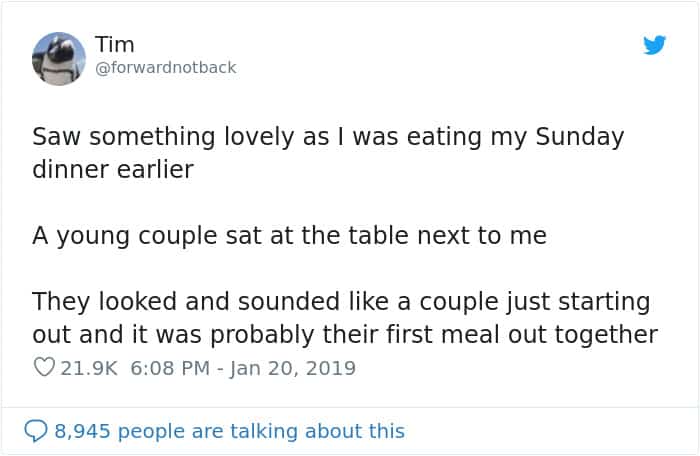 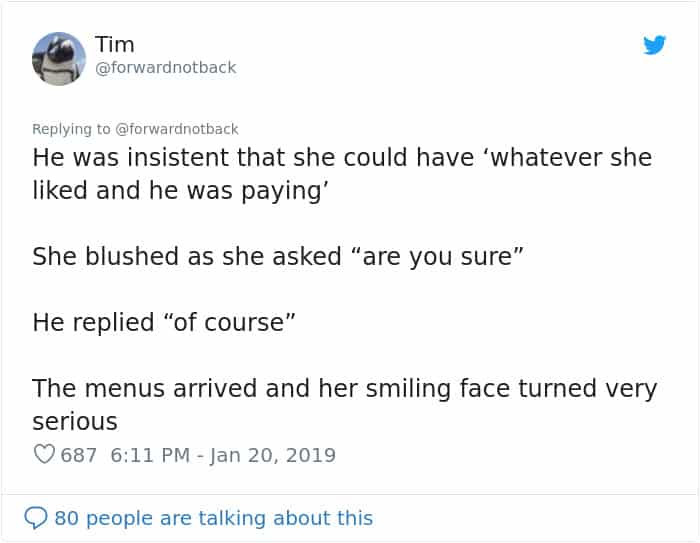 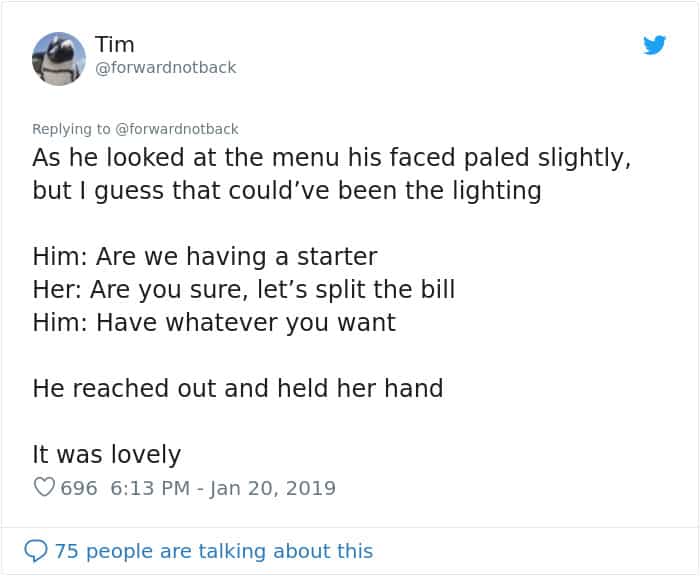 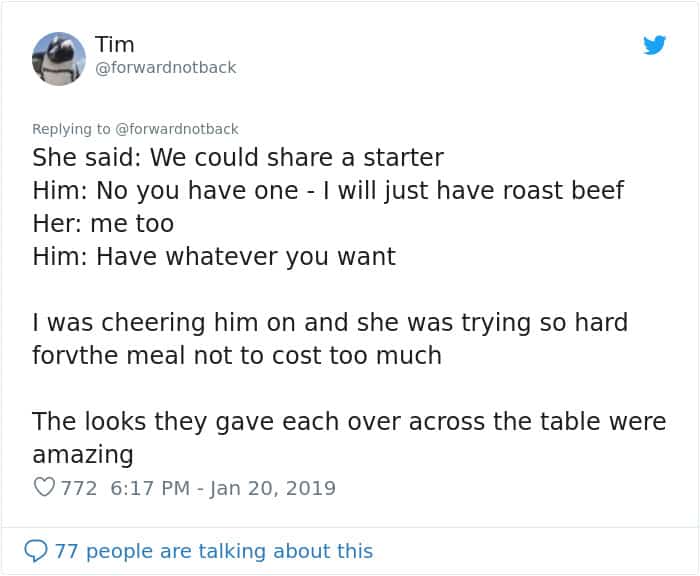 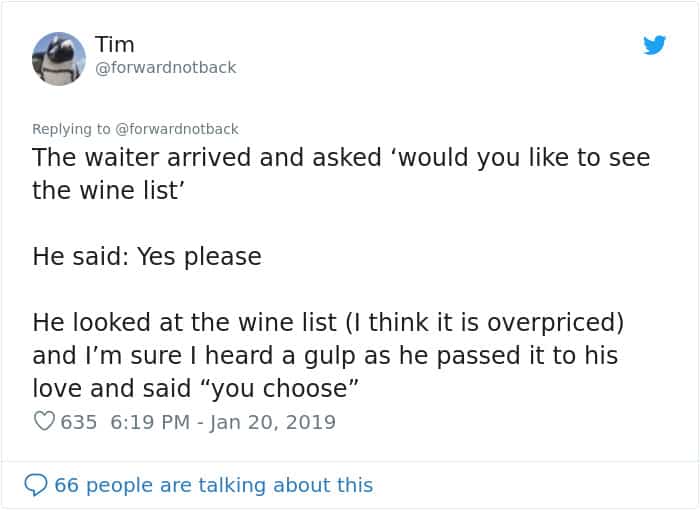 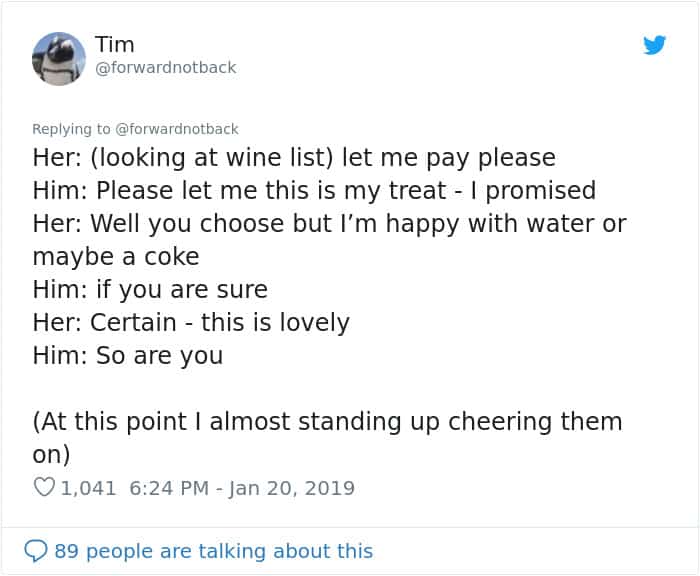 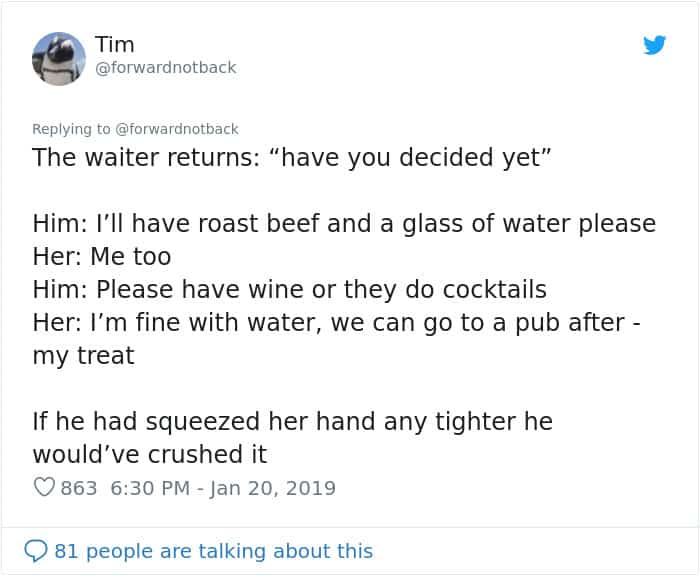 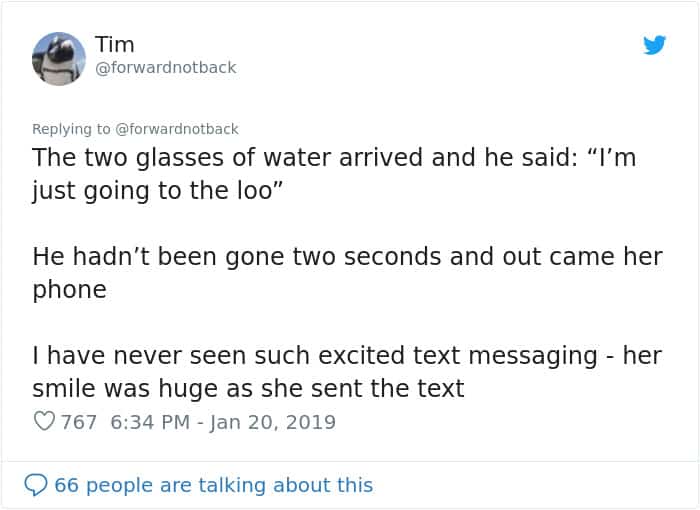 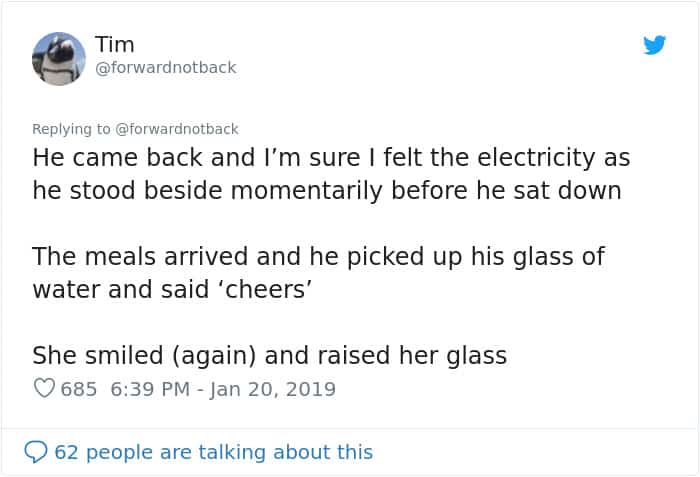 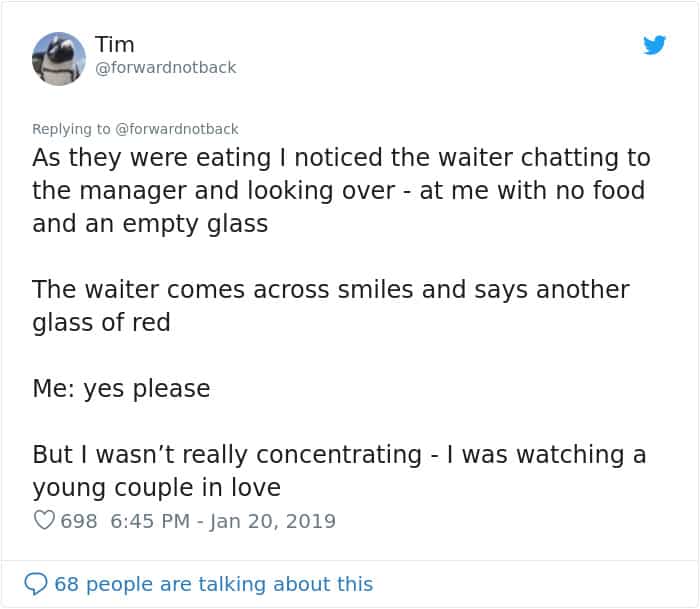 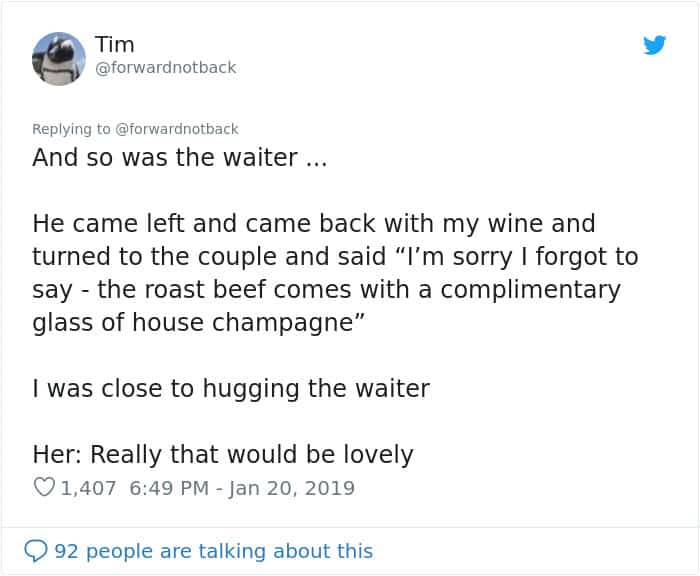 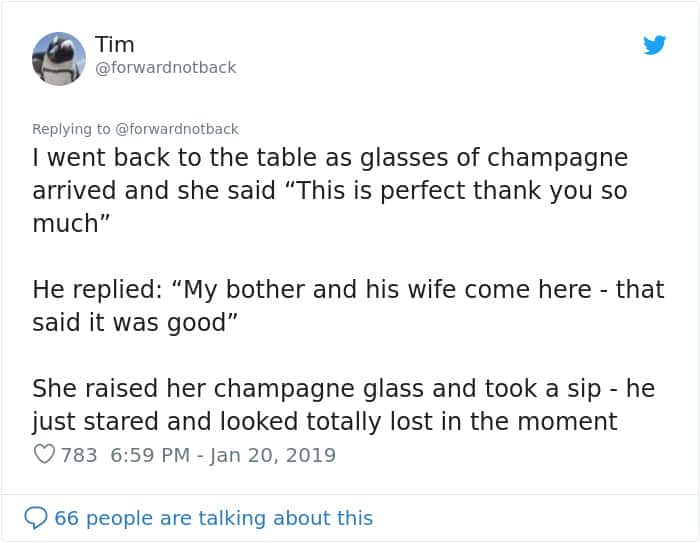 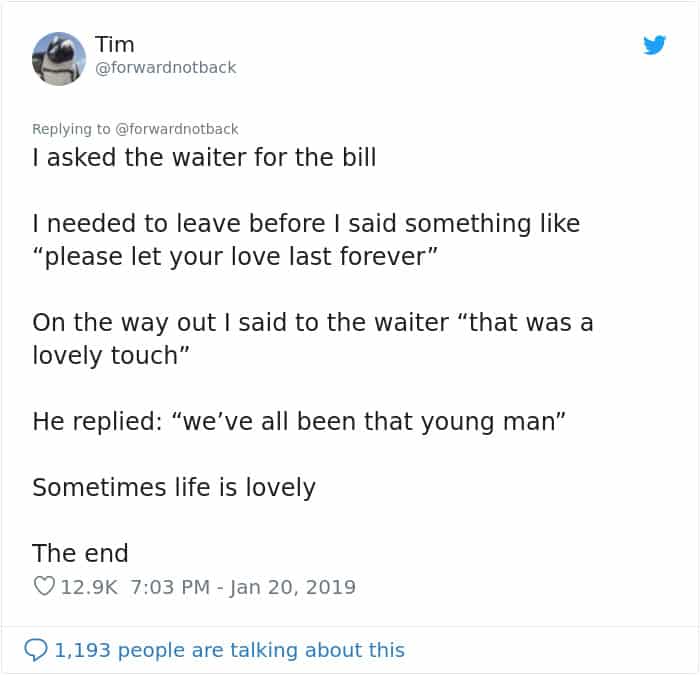 People instantly fell in love with Tim’s story. Some were glad to read about a truly heartwarming tale featuring a modern couple just trying to enjoy the little things and one waiter who helped them do so.

One netizen even praised Tim for sharing the thread. “When we’re all feeling rather jaded, your insightful observations remind us there is still good and innocence in the world. Thank you,” they wrote.

What did you think of the story? Did the young couple make you remember your own first love? Is the waiter the true hero of the tale? Let us know in the comments below.