If there’s one thing you should know about the ladies’ bathroom, it’s definitely this: You almost always have to wait in line for your turn. It’s exactly the opposite of what happens in the men’s room since guys often spend much lesser time there, compared with women.

So it’s easy to imagine how some women may feel impatient about the annoying waiting time. In the video below, you will see one who finally gave up on the ladies’ room and decided to do her business at a male’s urinal instead!

No time for waiting lines! This drunk woman went straight to the men’s room and used the urinal. 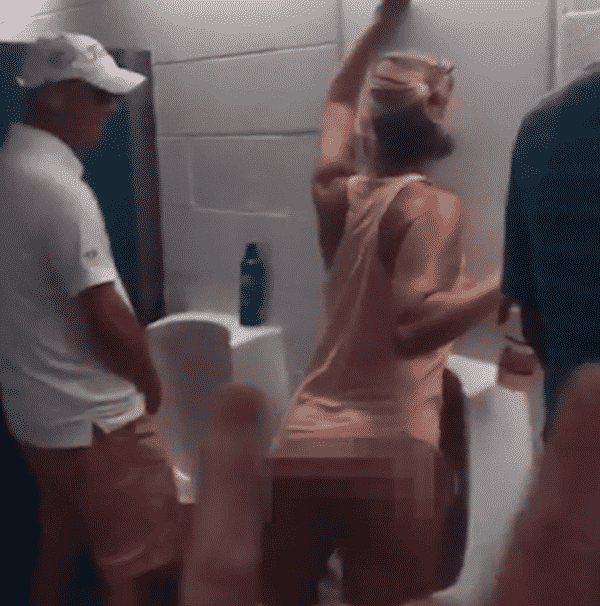 The short footage, which immediately went viral on social media, shows us a drunk woman who was using the men’s urinal with a cup of beer in hand. She can be seen standing up with her shorts and underwear on her knees.

She had to place her hands on the wall to keep her balance. 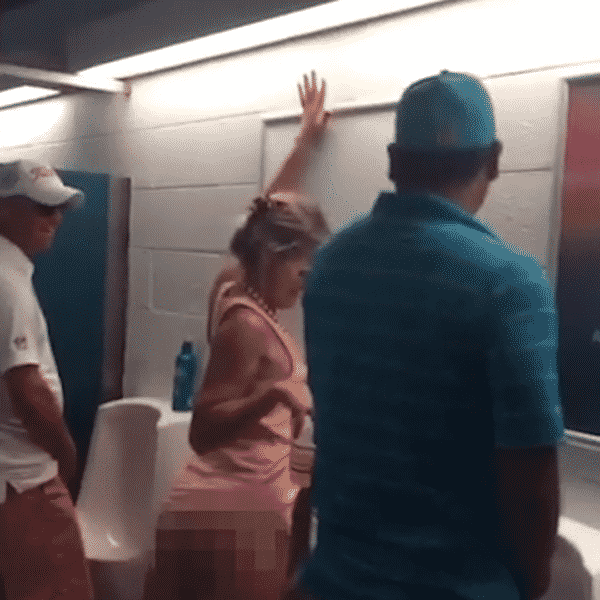 As anyone can expect, the other male toilet users were evidently amused with the woman’s antics. Some even cheered on her and one managed to film the bizarre moment to upload later on Instagram, where it eventually sprang into viral popularity.

“The video,” according to an online report, “is believed to have been filmed during an NFL match between the Miami Dolphins and New York Jets in Florida, US.”

Since it went viral, the video has attracted different reactions from netizens. 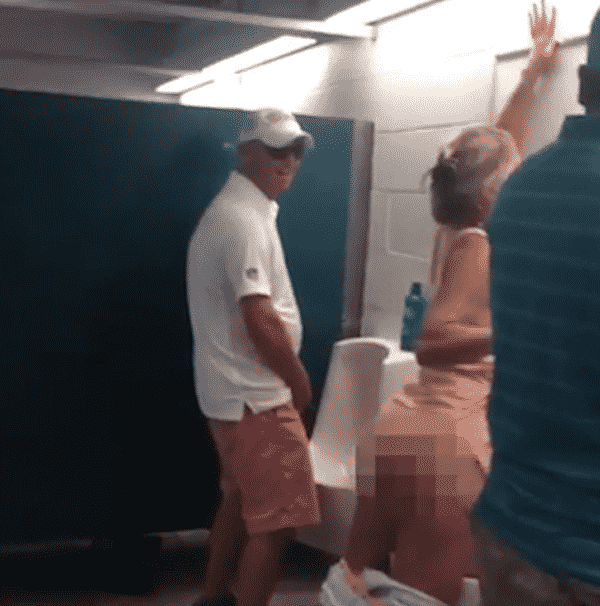 For example, one commenter was left wondering “How is she doing that?” Meanwhile, another netizen described it as “gross and terrible”.

As of this writing, the drunk woman’s identity remains to be unknown.

Well good for her. Because this is a stunt she might want to forget about in the near future!