Jenny Mann is blessed with the talent of singing. She uses it to spread the love of God with her family an friends.

Jenny is a lady with a great voice and a great personality to match. She loves to sing just for fun, and most of all, she loves to sing her favorite hymns and patriotic songs. 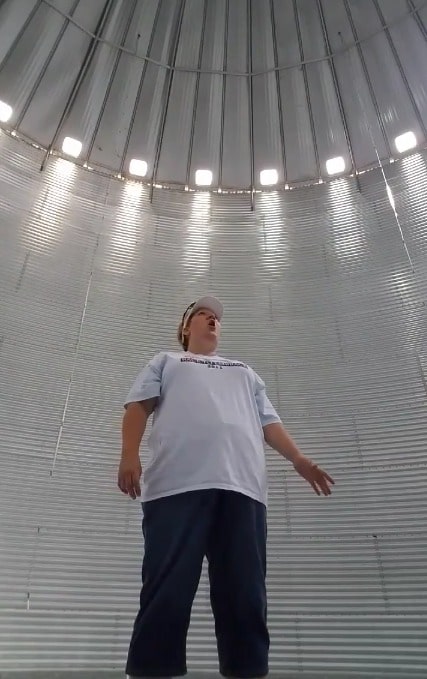 The substitute bus driver, wife, and mother of three became a media star when she walked into an empty grain silo and recorded herself singing. She took to Facebook to share her acapella version of the Christian hymn, “How Great Thou Art.”

One of Jenny’s friends requested for her to sing “How Great Thou Art,” but she added a little twist by singing “God Bless America” as well.

Her voice is amazing the empty grain bin’s echoing acoustics made the song even more beautiful than it already is. The post has quickly garnered over 2 million views and been shared more than 30,000 times by admiring fans. 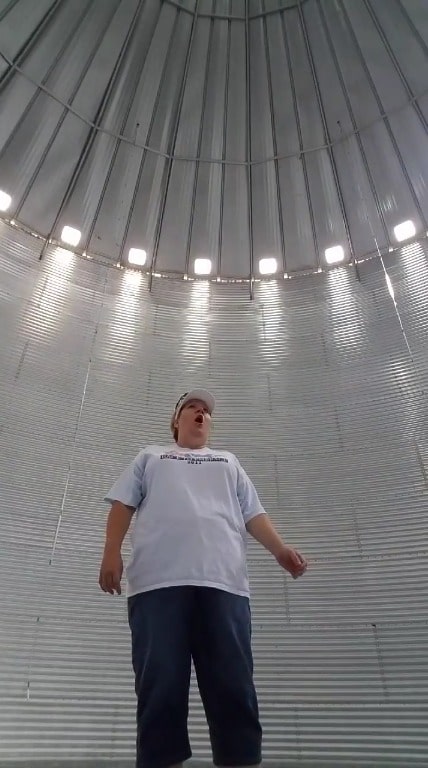 “I posted the video for a friend of mine who loves the song, but never expected anything like the response I’ve received … I’m always singing in places with good acoustics, so this was nothing out of the ordinary for me.”

Jenny then made a series of Facebook Live posts after her beautiful performance. She shared that she will be more singing in her future posts as she thanked those who like her video.

The response that she got from people made Jenny really “excited” and “overwhelmed.” After receiving a lot of love from those who watched her video, she said that it was a fun and humbling experience for her.

It just goes to show you that you never know what good things might come your way unless you put yourself out there.