Recently, a viral CCTV footage was making rounds in the internet. It shows two men attempting to rob a bank. Fortunately, a brave security guard was there to stop them and the heart-stopping encounter was caught on video.

As we all know, banks are probably the establishments that appear very attractive to criminals. They are definitely among the places that are most vulnerable to robbers. This is the grim reality that we have to live with.

Although, generally, banks are safe as only desperate or ruthless criminals would think of robbing banks in broad daylight.

Watch this heart-stopping video of the security guard’s “hero moment.”

CCTV footage from the bank shows that the guard seemed to have already sensed right from the very start that the man in a cap was up to no good. As the man went through the bank’s revolving door, the guard was watching him closely.

The robber cowers on the side as the guard shoots at his accomplice. 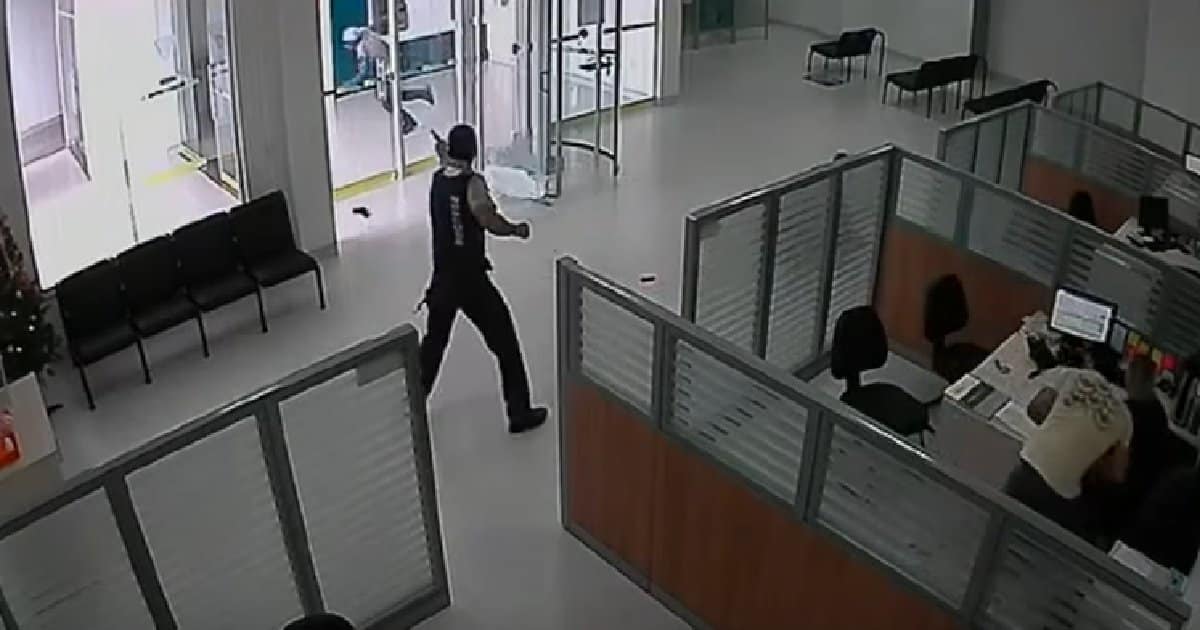 Aside from the heroic guard, police also commended the quick-thinking bank teller who pushed the emergency switch that locked the revolving door when the robber tried to get away. While the robber’s accomplice initially escaped, police were able to get his name and eventually track him down.

The security guard fought off the robbers in just seconds. 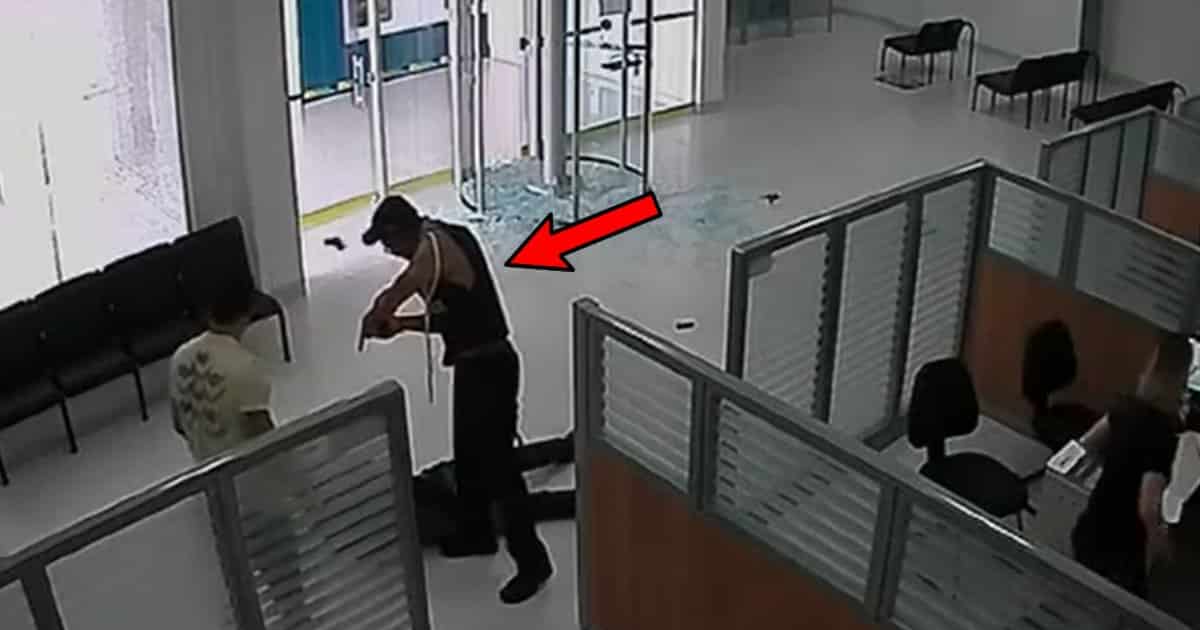 The guard was commended for his bravery. But, of course, his name was not revealed in reports. This was to protect his identity from the possible retaliation of the robber’s cohorts.