What will you do if you suddenly see a large fireball falling from the sky? Pray and hope it’s not the beginning of the apocalypse?

A mysterious fireball was seen falling from the clear, blue skies of northern Bangkok and central Thailand last September 7. Fortunately, the episode was caught by several dash cams around the busy city streets that Monday morning.

The incident prompted many people to think that it could be a crashing spacecraft, a burning balloon, or space debris. 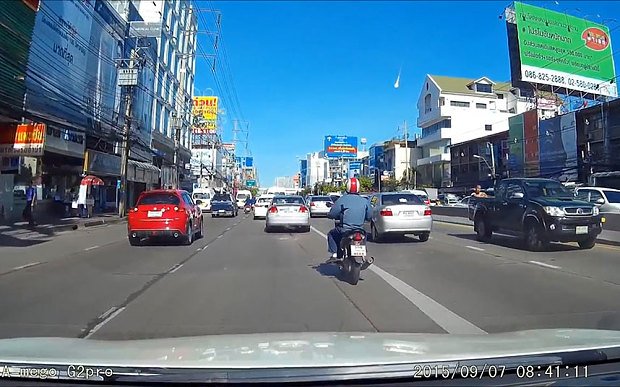 Some of the locals immediately posted the sighting in the social media, but apparently, there has been no official report as to what it really was.

@W7VOA Way too fast to be a satellite re-entry. Only possibility is a meteor/bolide.

Astronomers hypothesized that it was probably a bolide—a meteor burning as it enters the Earth’s atmosphere, but the Bangkok Planetarium apparently verified that there had been no reports of a meteorite landing in the city that day. Also, the Thai government has not made any comment regarding the baffling incident.

However, an astronomer at Chachoengsao Observatory named Worawit Tanwutthibundit recently released this statement to the Matichon newspaper:

“It’s all burned away…The photo of the white smoke that has been shared a lot is, in fact, the train of smoke of a meteor. The public need not be concerned. This is a normal phenomenon.” 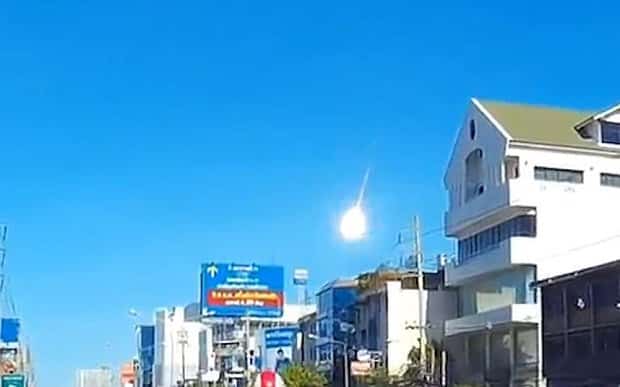 The astronomer also witnessed the incident as he was driving along a motorway in Bangkok that day. He estimated that the “meteor” plummetted at a speed of around 50 miles per second. It later burst into flames and disintegrated from the heat, leaving nothing behind but a trail of white smoke.