There are countless discoveries in this world that we simply cannot explain. Whether they are backed up by facts or they continue to be a mystery, many of these things never fail to either leave us in awe or send us some chills.

Another very disturbing discovery was found in the Persian Gulf 2 years ago when the crew members of an Iranian supply vessel came across the rotting corpse of an unidentified creature. Several conclusions and misleading information have been circulating in the media but actual photographer Emadaldin Pichgah was able to shed some light on the story during his interview with The Black Vault.

“Our vessel was standby in Persian Gulf (South Pars Area) one of my friends, Capt. M. Nikkhah made contact with me by radio to inform me that they discovered the huge unknown Carcass that floated in water in their position.”

It was approximately 200 meters when the foul stench became unbearable which later prompted the whole crew to leave. Despite that, they managed to take some photos of the unknown creature including a few details about its position, course and speed.

Crew members of an Iranian supply vessel discovered an unidentified creature  in the Persian Gulf. 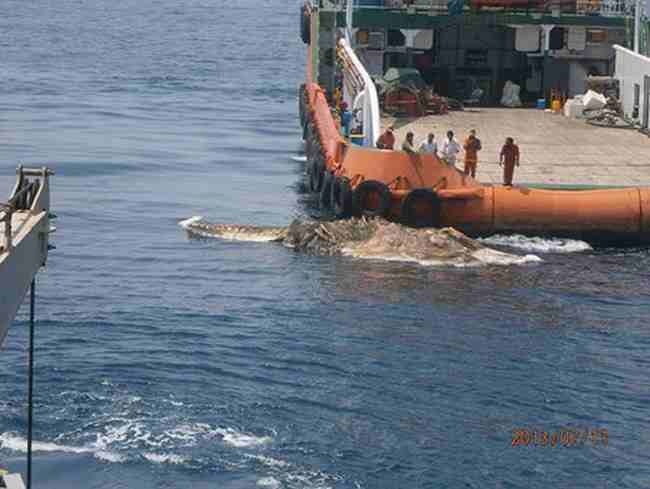 According to them, the huge carcass was seen floating in the water towards their position. 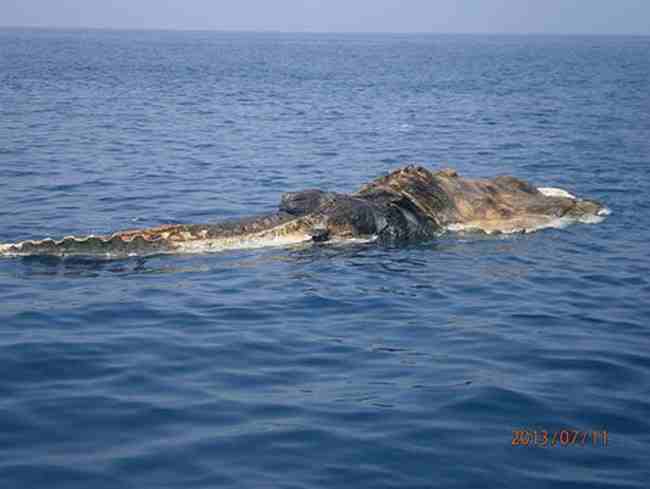 It drifted to the nearest Drilling Rig in 120 degrees or 1 knt speed. 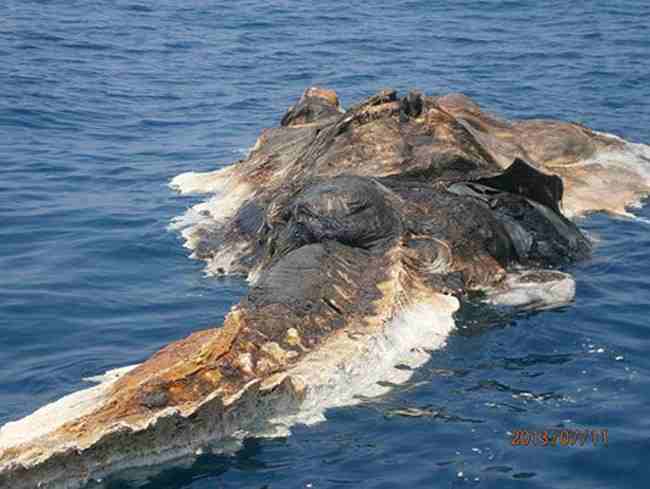 The strange creature was approximately 33 to 39 ft. 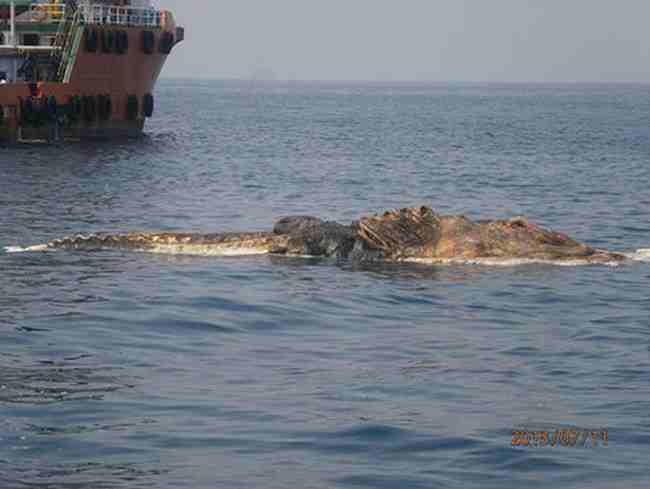 According to the chief officer, it was the first time he encountered such a creature in his almost 6 years of service. Each of them had different opinions as to what it was but they were not able to ‘bring the corpse back to land for testing’ so no one was really able to prove anything. Apparently, this is another story which can only be added to the world’s list of unsolved mysteries. 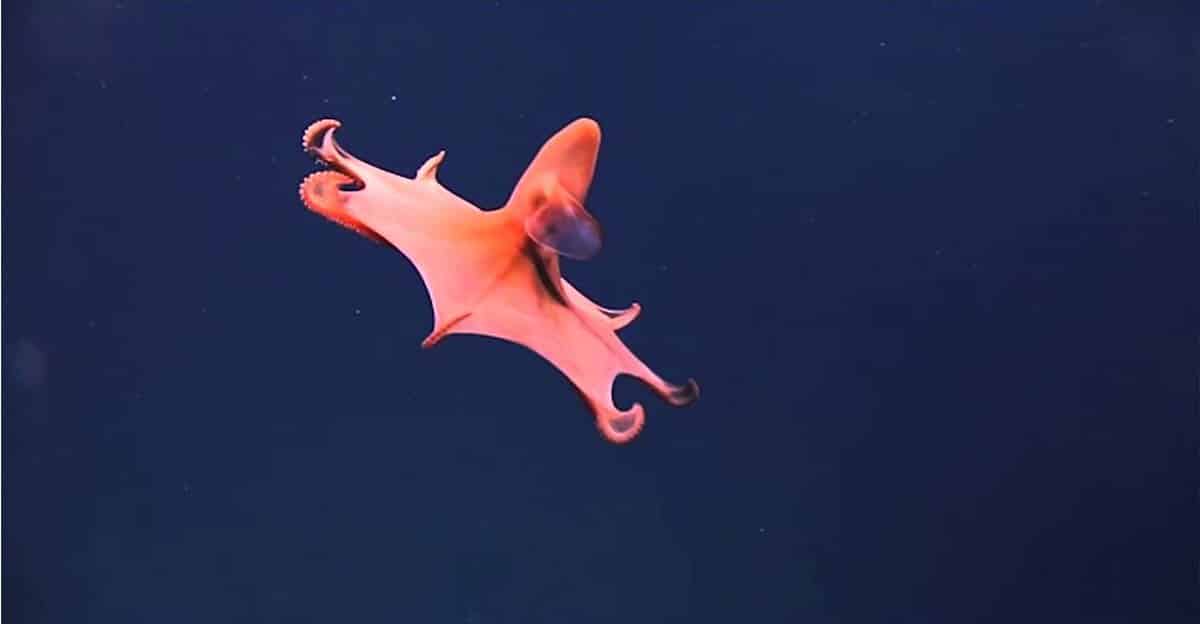