As humans, we are all susceptible to mysteries. Our curiosity always leads us to the fear of the unknown. When we encounter something that we can’t explain or far beyond what we already know, we resort to call it a mystery.

We now live in a world where technology and all kinds of information can be easily accessed through our fingers-tips. Unfortunately, not all people take advantage of that. There are still many people out there who prefer to avoid computers and internet because they find it hard to hard to understand or they simply think it is too complicated for them. And believe it or not, there are still people who don’t have access to these because they lives in a very far communities that, sad to say, has no internet connections.

So its not surprising to know that there are still people out there who didn’t know these 7 famous unsolved mysteries… are already explained.

Early in 1960s, crop circles were baffling patterns of flattened crops that mysteriously appears overnight. After a few decades, the patterns evolved into far more complex designs and geometrical shapes. The first crop circle recorded was in an Australian sugarcane field. The owner claimed to have witnessed a saucer-shaped UFO hovering before flying away. Unfortunately, it was during those time that flying saucers are very popular in sci-fi cultures. Along with the crop circles that followed afterwards, all of it was debunked as man-made hoax.

Simple logic. If there are advance and highly intelligent aliens visiting earth, for sure they don’t travel huge cosmic distances across the galaxy just to doodle in our grain fields.

Most crop circles’ appearance may look extra-terrestrial. But they are actually just the work of some talented pranksters who perfected the art of creating such designs in a short period of time and only using common household supplies like rope and planks.

Bigfoot was notoriously scaring the hell out of hikers and hunters in North America. Experts, however, consider Bigfoot as a mere result of urban legend and tons of hoaxes.

Unfortunately, there are still people who believes that these famous humanoid creatures exist. Here’s a simple logic. If these prehistoric apelike creatures really exist, there has to be a Bigfoot population so it can continuously breed. There should be more confirmed sightings. And more physical evidence of its existence such as footprints, fecal matter, corpses and skeletons.

One famous sighting involved a man named Bob Heironimus who admitted that he wore an ape suit in order to stage a false Bigfoot sighting.

According to the best estimates of astronomers, there are at least one hundred billion galaxies in the observable universe. One of it is our very own Milky Way galaxy, which contains about 400 billion stars. One of those stars is our very own Sun where our planet earth revolves around. Can you imagine how mind-bogglingly huge the entire universe? We are definitely not the only planet that contains intelligent lifes. And considering the young age of earth, we are not the most advance either.

However, I don’t believe that aliens are visiting us. Let alone in old-fashioned styles of 1950s flying saucers. Most photos and videos of UFO sightings out there has already been debunked. Most of them are simply hoaxes. We are aware now that image manipulations are quiet easy using programs such as PhotoShop.

The Loch Ness Monster is world famous prehistoric creature that supposedly inhabits the Loch Ness in Scotland. There has been many alleged sightings but most photos are already debunked. Some people believe the monster is a living Plesiosaur, but it’s just not possible. The loch (lake) is merely 10,000 years old. The prehistoric Plesiosaur is about a million years old. The numbers just don’t add up.

Way back in 1971, in the small Spanish village of Belmez, Maria Pereira claimed that a human face mysteriously appeared on her cement floor. She had the floor destroyed and replaced with a new one, but more and more faces appeared, attracting thousands of visitors every day. She found out that the house, built around 1830, sit on top of a graveyard used by Romans, Spanish Muslims, and then Medieval Christians.

But thanks to modern technology. Scientist was able to analyze the molecular changes in the whitewash. And they found out that the faces were actually created by Maria’s mischievous son, Diego Pereira, who dedicated several years to scare his suffering mother until she died.

There’s no other place in the world held responsible for the crashes and disappearances of countless airplane and ship, only the Bermuda Triangle. An imaginary triangle in the ocean between Florida, San Juan, and Bermuda.

Why do people consider this vast triangle of ocean an unexplained mystery?

Experts explained that the area is one of the most heavily sailed shipping lanes in the world. It’s not surprising that maritime incidents happens, just like any patch of ocean with comparable traffic.

The Pyramids of Giza in Egypt continuously baffled people from all over world, all through out the past centuries. People are still puzzled as to how the ancient Egyptians managed to built the gigantic pyramids with perfect proportions. Take note, that was even before the wheel was invented.

Sometime in the 1940s, a French hardware dealer discovered that animal corpses in the Pyramid if Cheops showed no signs of decomposition. He praised what he called “Pyramid Power” as responsible for this phenomenon. Unfortunately, the only real explanation regarding the animal’s well preserved body is good mummification process. 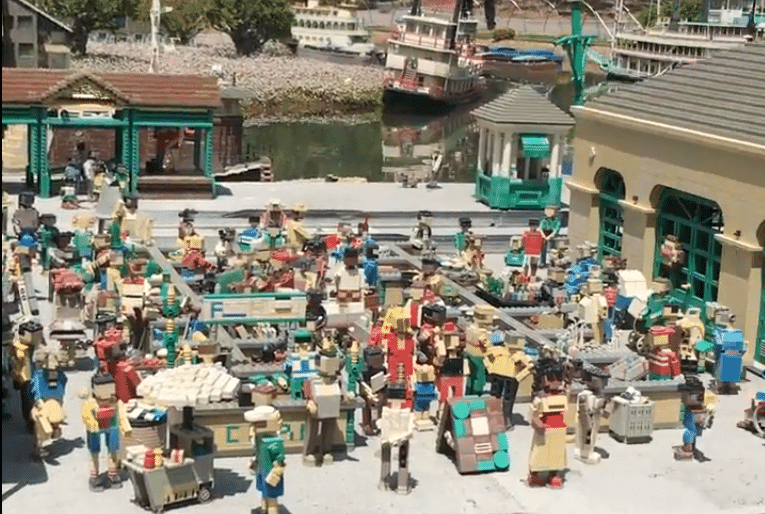 Nobody knew why the Stonehenge was built. Estimated to be more than 5,000 years old, it is one of the greatest unexplained mysteries in the world. Excavations have revealed that huge stones from the mountains in Wales was dragged more than 240 miles to the Stonehenge site. That was before the wheel was even invented. How would anyone accomplish such thing? That’s the true unsolved mystery. Was it a temple, a fortress, an observatory, or an ancient calendar? Without a time machine, it’s difficult to find out the real purpose of Stonehenge.

Lucky for you and me, internet is already a part of our daily lives. When we encounter something we don’t know, we just search about it using our mobile phones. Anytime, anywhere.