Every kid has his own favorite member of the family apart from mom and dad of course. Kids show their affection to grandpa and grandma because grandparents are the best spoilers most of the time. However, other kids’ favorites are their uncles and this young boy now considers him a hero.

Ten-year-old Ryker lives with his mom and dad, Emily and Talon Fowler, and two brothers. He loves cats and for that, he got a colorful lunchbox that has cats in it. He was thrilled to have it but some of his classmates teased him because it looked too girly.

The boy was excited for his lunchbox only to get bullied. 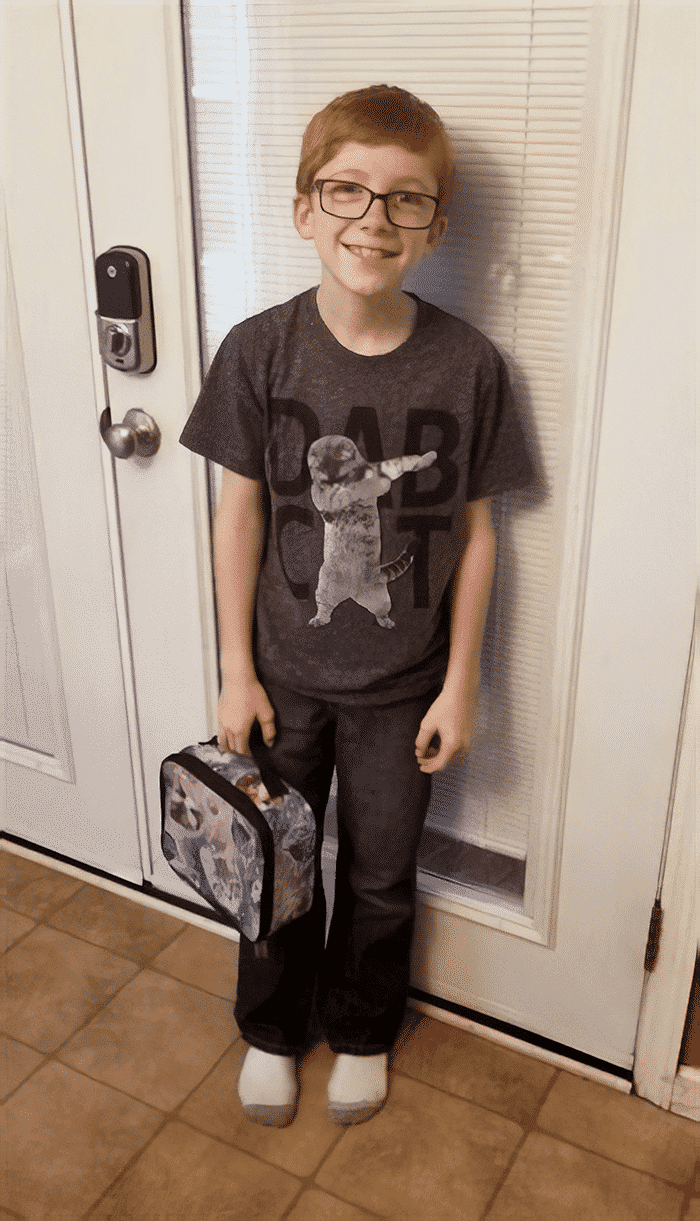 As a result, Ryker didn’t like bringing his lunch to his school any longer and his mom’s cousin, David, was saddened by the idea that the boy was teased only because he has a colorful lunchbox. So David Pendragon decided to prove his little nephew that there is no color that defines a man.

David was amazing enough to purchase the same lunchbox for himself and even brought it to his “large, conservative, corporate workplace” to show Ryker that “a man can love whatever he wants and not be afraid to express that love.”

He also told his workmates about it and all of them showed their support for the young boy. 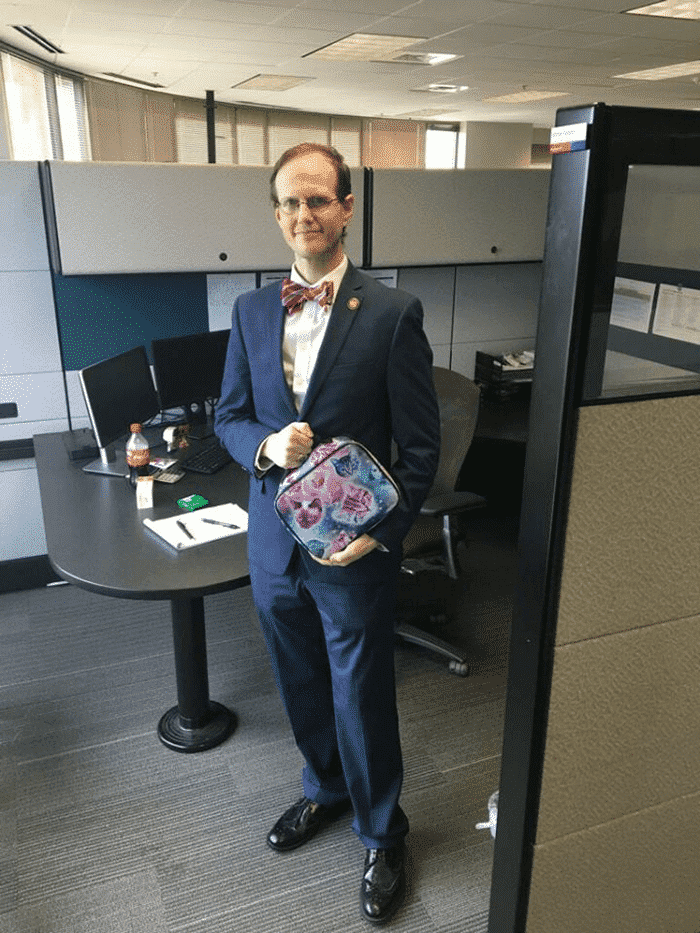 “I love my new lunchbox and I hope Ryker and all the other boys out there can see that their passion and self-expression is never something to be ashamed of.”

Davids’ Facebook post automatically went viral and many people started buying the same lunchbox to encourage Ryker and other boys that it’s not bad to express themselves in whatever way they want as long as they don’t hurt others.

Many people responded including this “cool” firefighter. 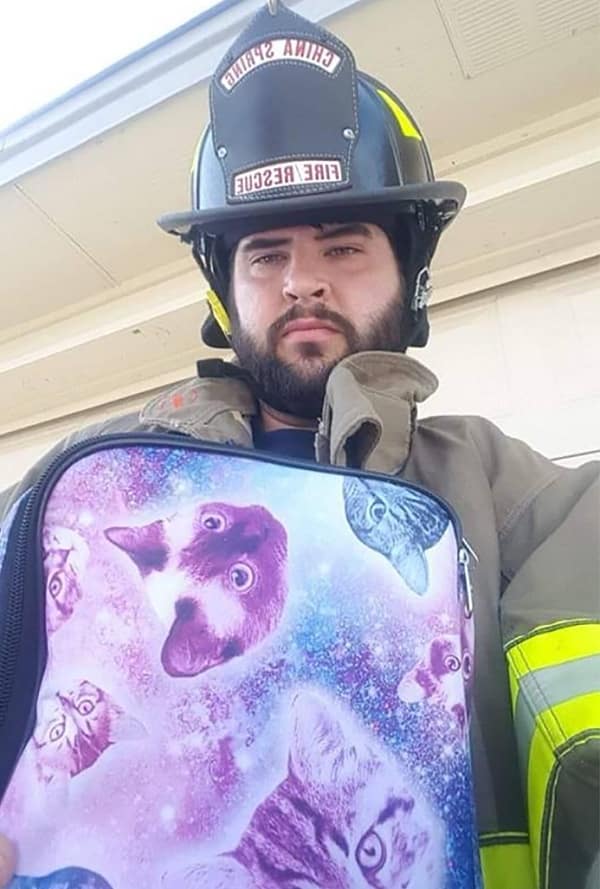 A mom also responded by posting this photo of her 15-year-old son using the same lunchbox in High School. 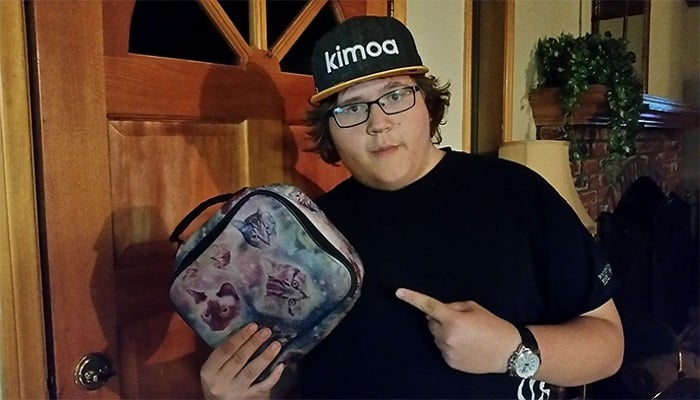 This dad is not even ashamed of his lunchbox with cats in it to show his support to Ryker. 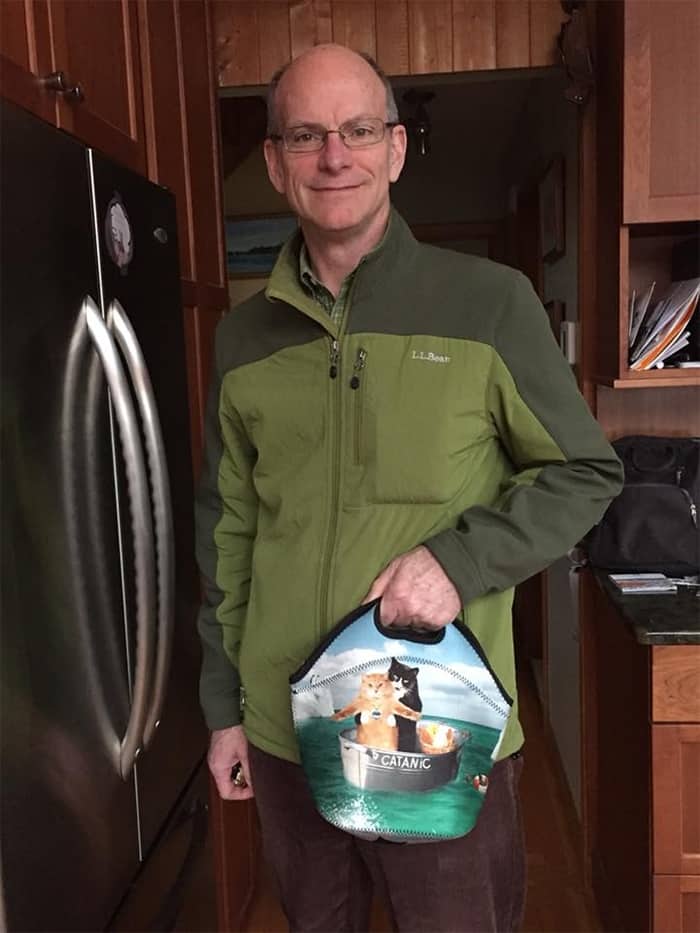 Even this mom showed her support and said that she uses the same lunchbox at work for 2.5 years. 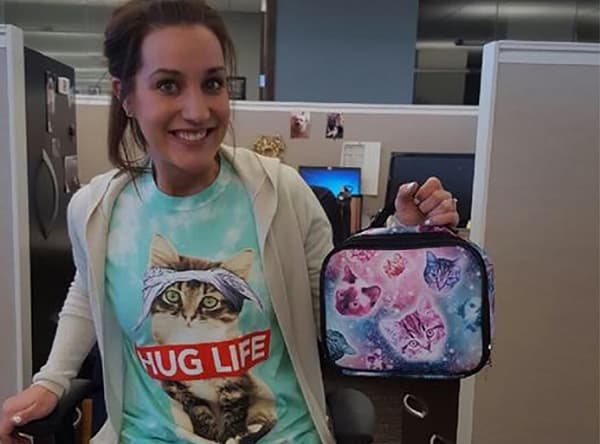 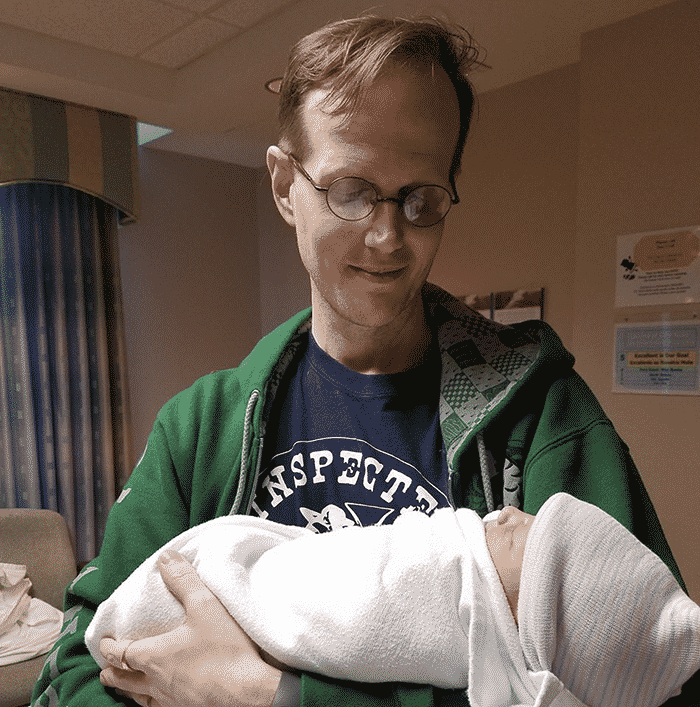 Most of them also encouraged Ryker to just ignore the bullies and also praised David for his support of his little nephew. Not all heroes wear capes indeed!