Snakes are highly flexible, legless reptiles that can open its mouth as wide as the size of its prey and swallow it whole. Of course,  its jaw can only expand up to a certain extent, depending upon the undulating creature’s size and type.

In the 4:47-minute video, two teenage boys from the United States are seen trying to rescue a small snake that was trapped in a netting wire.

One of the boys used a stick to pin down the reptile’s head to prevent it from biting them while the other tries to free it using a blunt knife. 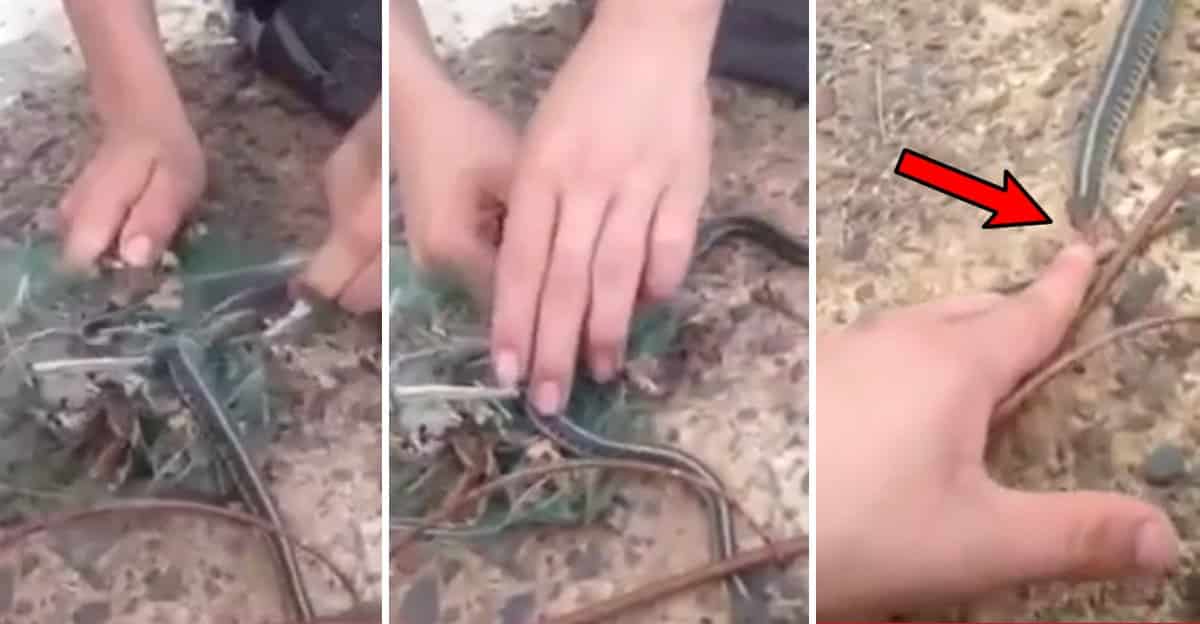 They continued to film the rescue until they were able to free the slithering snake. However, the boys noticed that the creepy crawler started to open it mouth. They both thought that somehow they have broken its jaw. Then, it started to regurgitate its most recent meal…

Some people believe that the snake regurgitated to express its gratitude to the nice, young men. What do you think? Share your thoughts in the comment section below.