Travelling is always an enriching experience. We get to see new things, learn more about ourselves, and experience different cultures. And, when we travel, we tend to become more adventurous and try stuff that we wouldn’t normally do, like interact with wild animals. But here is a quick reminder to all tourists out there – be careful when you handle wild animals because you may end up badly injured, or even worse, dead.

Take this Indian man as an example. He had a snake charmer put a cobra around his neck while the people around him watched and filmed. The man must have felt that it was a safe stunt, given the fact that a snake charmer was present to calm the reptile down. But, too bad for the tourist, the sly snake bit him on his cheek.

As if being bitten was not bad enough, it took the man a while before he realized that something was wrong. He asked the snake charmer if he had been bitten. Too bad, he was. A few minutes later, he collapsed. Then, instead of being brought immediately to the nearest hospital, the man was brought to a traditional medicine man in Jodhpur, India.

And, if you think that nothing worse could happen to the man after being bitten, losing consciousness, and being brought to the medicine man, well, you’re wrong. The man died within an hour.

It took this man a while before he realized that he had received the kiss of death from the cobra. 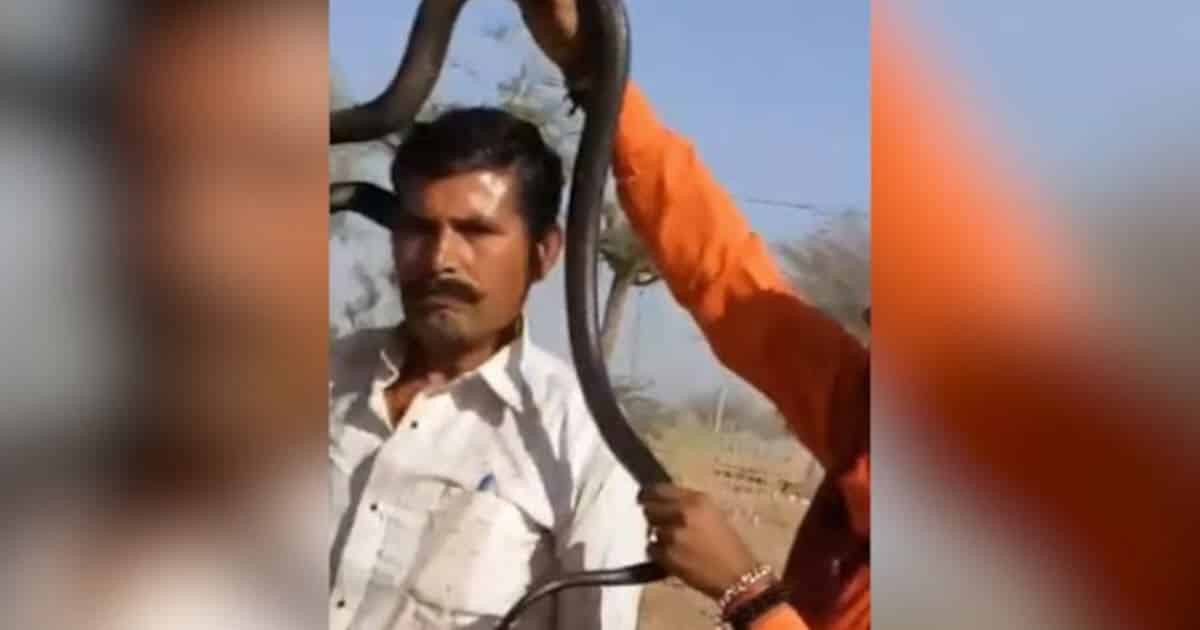 You see, a cobra’s venom is so lethal that when it spreads throughout the body through the bloodstream, paralysis, respiratory failure, cardiac arrest, and ultimately, death will occur. According to experts from the University of Michigan, a bite, though that is the most common method of delivery, isn’t the only way for cobras to inject venom into their prey.

“Cobras have several methods for delivering their deadly venom to their prey. Some cobras can spit their venom into a victim’s eyes, causing extreme pain and blindness.”

“The only way to counteract the effects of cobra venom (or most other poisonous snake venoms) is to inject the appropriate antivenom shortly after the bite occurs.”

“If antivenom is unavailable, your life can still be saved by putting you on an artificial respirator until the paralysis of the diaphragm muscle wears off.”

We feel bad knowing that the man’s life could have been saved had he immediately received the appropriate medical treatment for a cobra bite. As sad as this story can be, We just hope that this will serve as a lesson to everyone out there. Sometimes, no matter how curious we are with wild animals, it’s just better to leave them alone and observe them from afar.