Friendship knows no age, race, ethnicity or religion. Diversity may separate us, but it is also the very same thing that binds us together in the end.

Take this Bengal tiger cub named Hunter and German Pointer puppy Chelsea as an example. Despite their apparent differences, they managed to get along with each other and actually became the best of friends. They are just too cute!

Chelsea is just three weeks older than Hunter. Both animals are being taken cared of by 22-year old Anthea Michaletos, who resides in Wildlife Sanctuary in Pretoria South Africa, where the two best friends also currently stay. 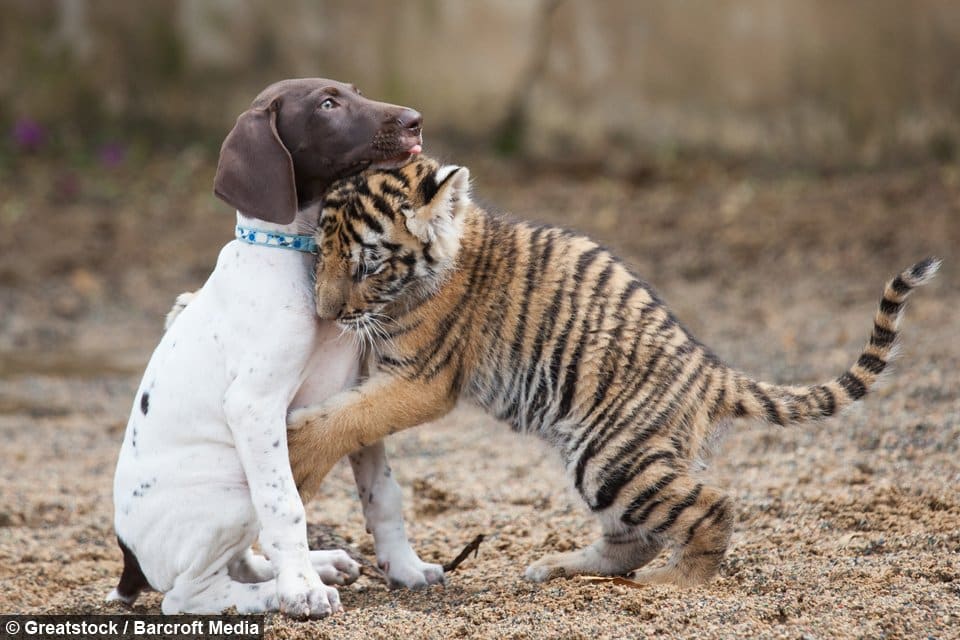 While everything seems like rainbows and butterflies for the two little animals. Hunter did not experience the best, even a decent, start in life.

The tiger cub was born at the Farm Inn Wildlife. Shortly after he came into the world, his mother started showing aggressive behavior towards him. So Hunter had to be separated from his mother.

Such a cute little cub. 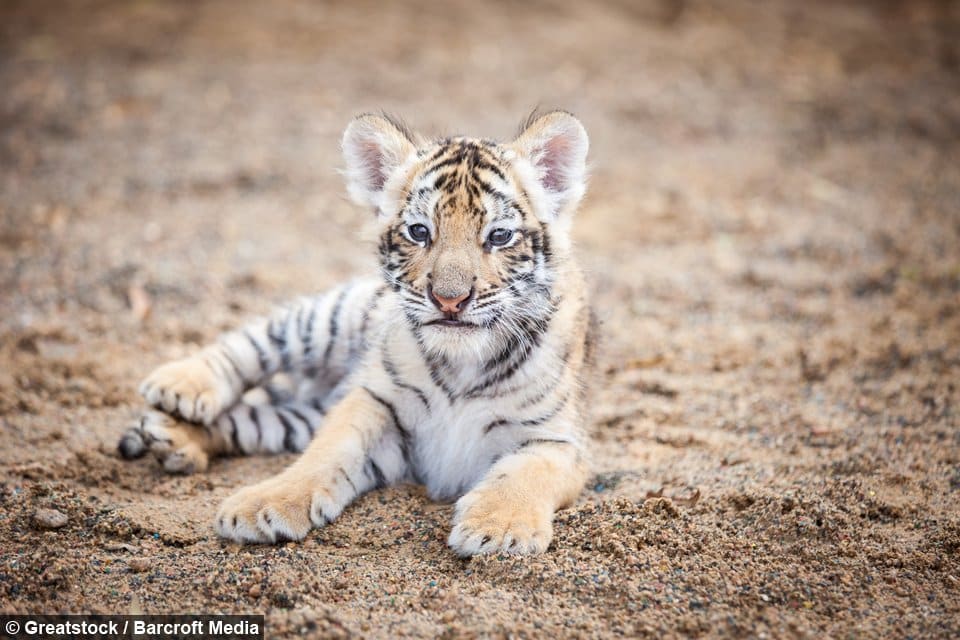 “We believe that Hunter was born at a time when the female must have felt compromised in some way as she rejected him,” says Anthea, She adds that the mother’s actions were putting Hunter’s survival on the line thus, the people intervened for a greater purpose.

Truly, when life drags you down, it certainly lifts you up eventually. After being faced with a dangerous and sad situation, Hunter was given a gift: the gift of friendship. 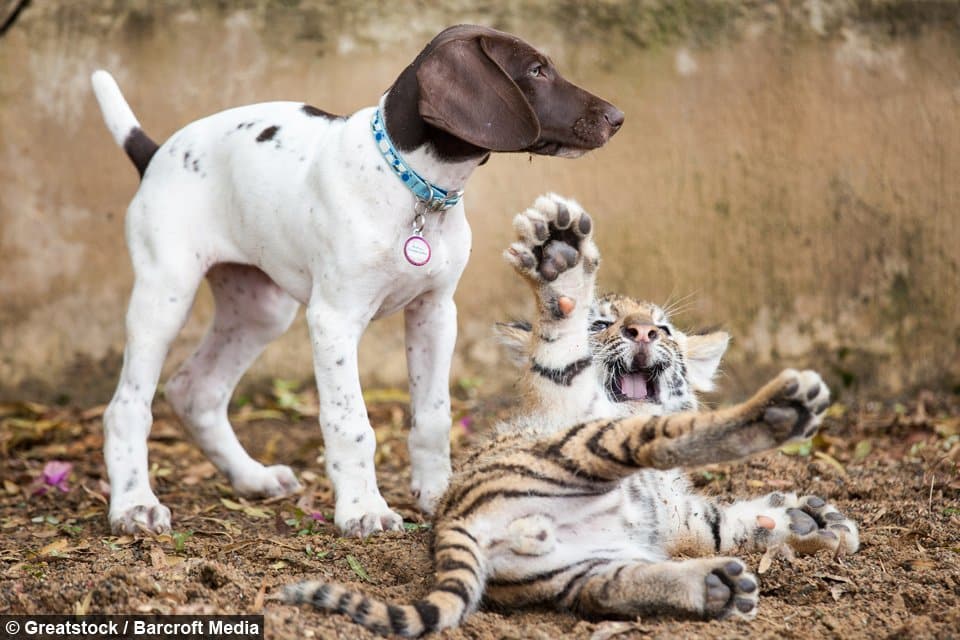 The people at the sanctuary introduced Hunter and Chelsea and has since become rowdy yet inseparable. In fact, when Anthea releases Chelsea out of the cage, he will run to Hunter and greet him. Their play very much resembles that of a wrestling match as Chelsea always pushes Hunter and Hunter tends to jump over his friend. 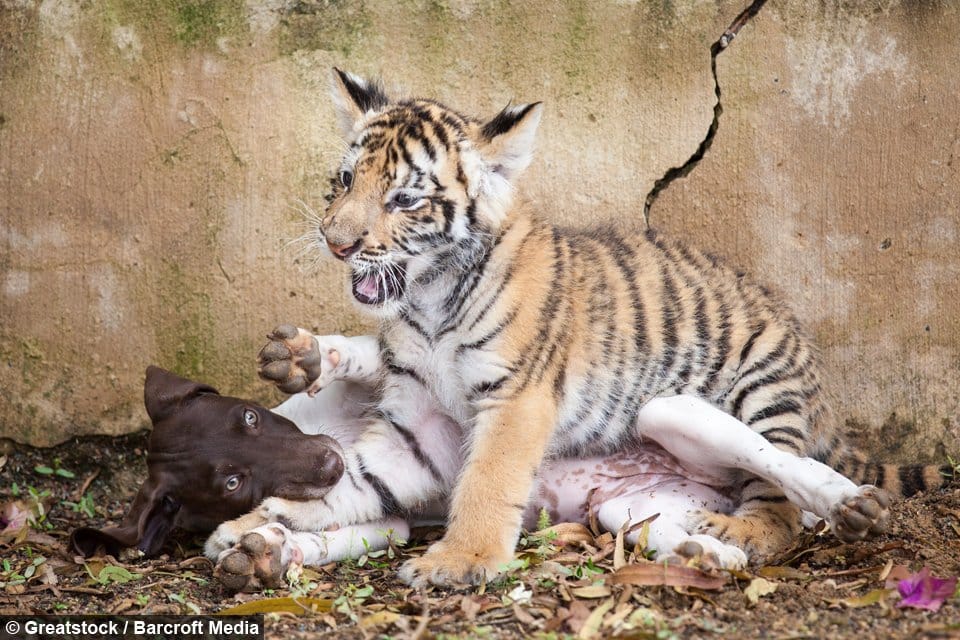 Healthy Kind Of Friendship, For Now

Hunter is the only cub in his litter so it is good that he is able to learn to interact with other species. Anthea explains that it is good to have a four-legged friend to have the same experience as he would have with another member of his litter.

Companionship is key. In fact, the puppy becomes sad whenever it is time for them to separate during the day as the animals have separate cages. 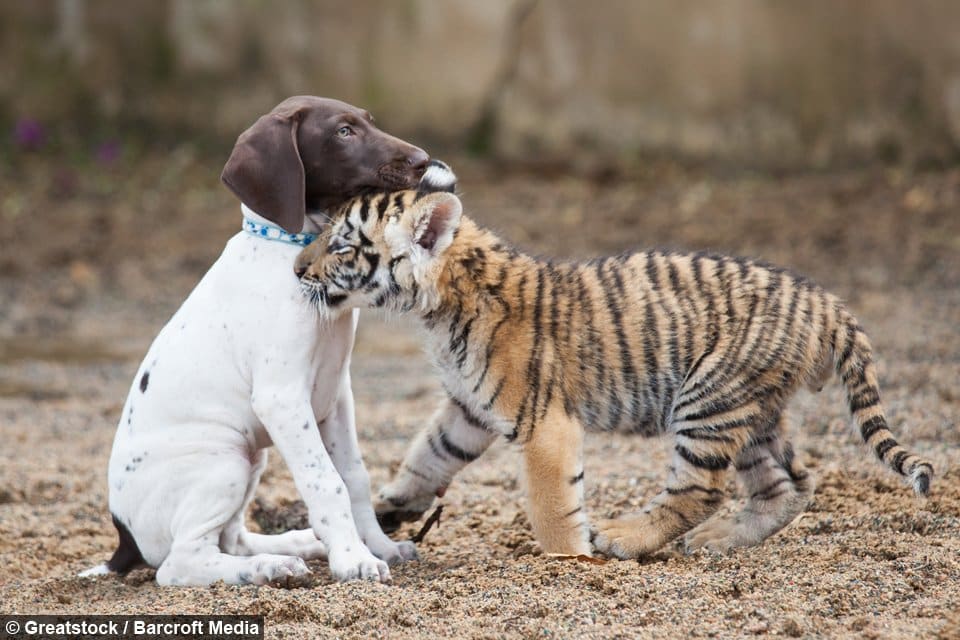 As the animals are both very young still, they can still play around and wrestle each other. However, when Hunter reaches the age of six months, he would have to be taken away from Chelsea for the latter animal’s protection. There is a great possibility that Hunter may put Chelsea down, especially because Anthea notices that Hunter always goes for the dog’s throat during plays.

Hunter being clingy with Anthea 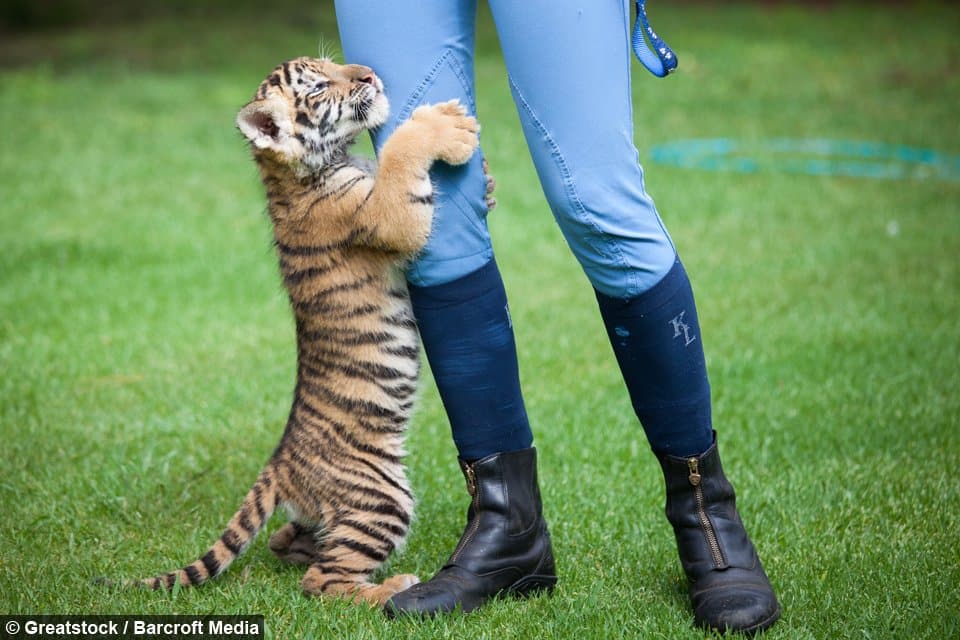 The good thing right now is Chelsea does not cry when Hunter tends to be a little to rowdy. Anthea says the dog would cry if it experiences discomfort. So far, there have been no instances of those.

As per assessment, Anthea says six months would be enough for them to have this kind of friendship. After this age period, the tendency to be boisterous will shoot up and the two animals will start to play too hard.