Earlier this week, thousands of adorable fluffy yellow chicks were found roaming a highway in China.

You’re probably wondering what caused these cute little creatures to invade an unlikely place. Was it caused by some kind of spell? 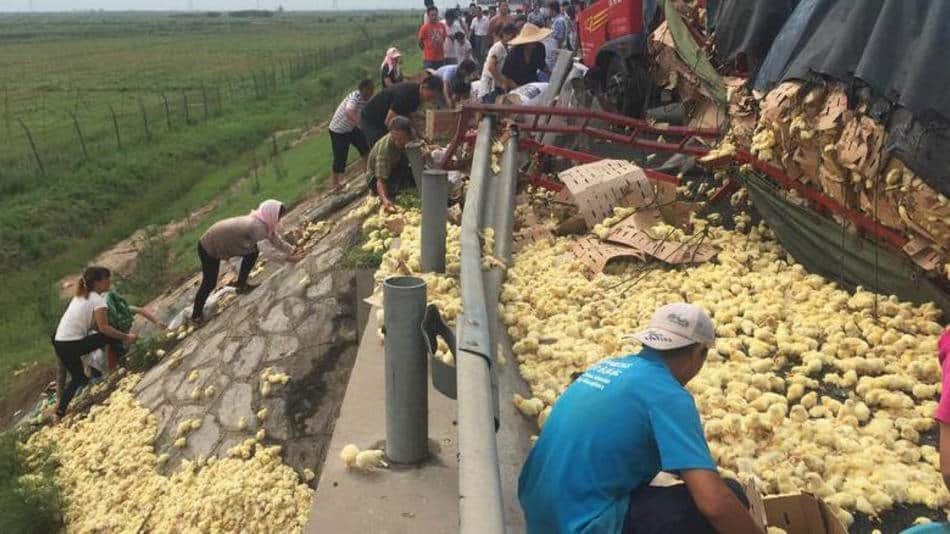 Apparently, the reason is far more heartbreaking than a spell. According to a report by Shanghaiist, a poultry truck jampacked with thousands of chicks overturned in a highway in Binzhou city in Shandong province in China. The accident allowed them to escape the prison-like cardboard boxes where they were packed.

A poultry truck overturned in the highway in China earlier this week. 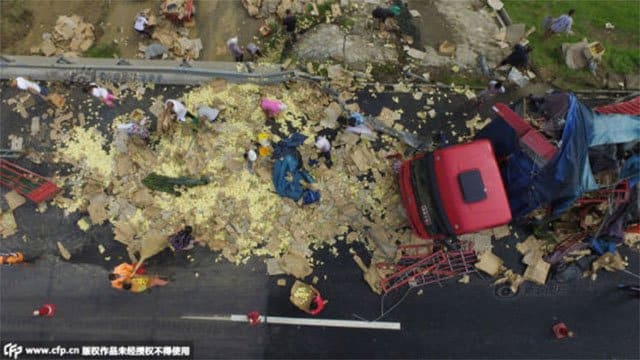 The good news is majority of the little birdies survived the accident. 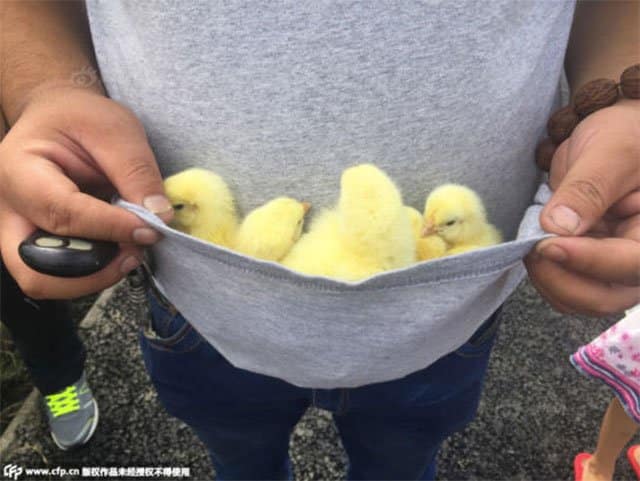 Although it would seem that the accident had given them the opportunity to finally attain the freedom they had been longing for, the driver, other fellow drivers, as well as local villagers quickly controlled the chick infestation. Some were even caught looting despite the efforts of the police to stop them. Sadly, the chicks were once again put in the sorry-looking cardboard boxes.

Temporary freedom for the ill-fated chicks 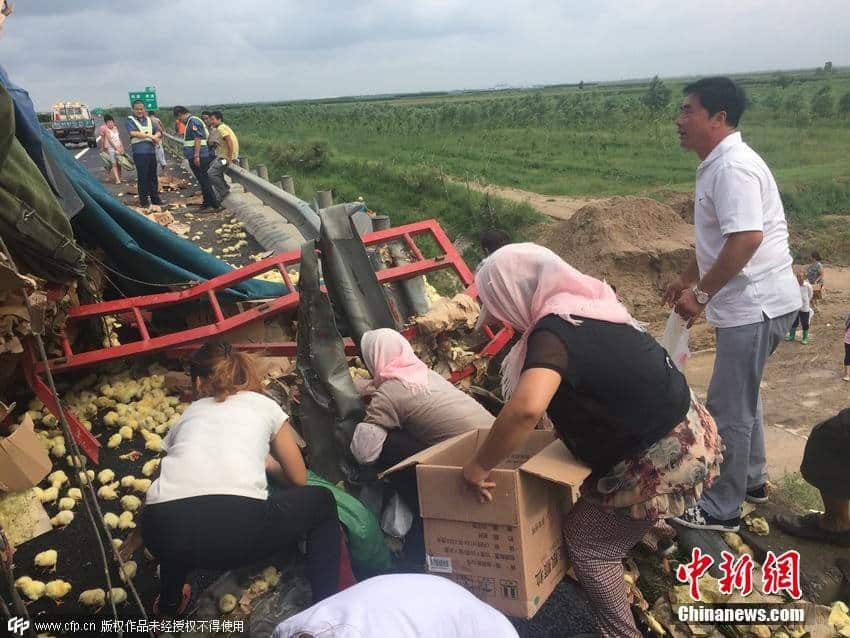