There are some points in our lives when other people’s painful experience is very important lesson. This is precisely what happened to a nurse who watched a heartbreaking story unfold during her shift. She was only trying to help the estranged father and daughter fix their relationship. In fact, she was rooting for them to reconcile.

As previously mentioned, the unbelievably heartbreaking tale involves a father and daughter who let a misunderstanding and pride ruin their relationship. This is the story as told from the nurse’s point of view.

It was all quiet when Mr. Williams was brought in. 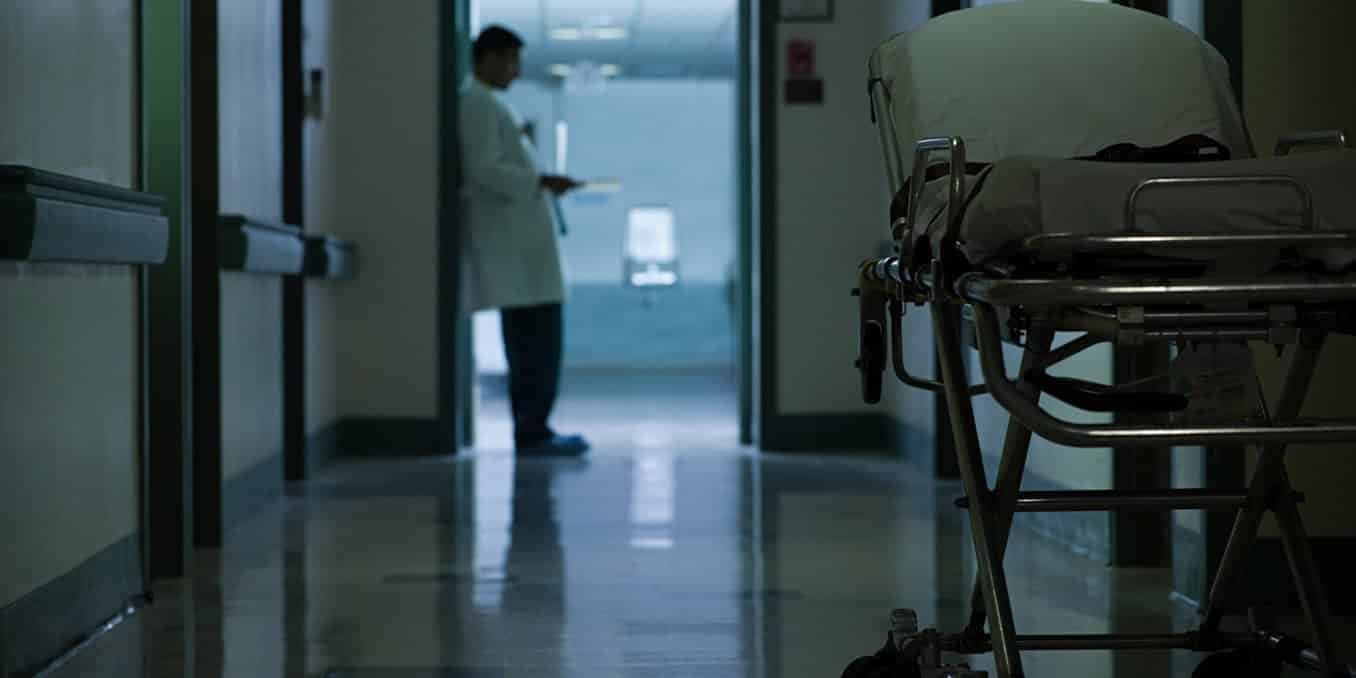 The hospital was unusually quiet that bleak January evening, quiet and still, like the air before a storm. I stood in the nurses’ station on the seventh floor and glanced at the clock. It was 9:00 p.m.

I threw a stethoscope around my neck and headed for Room 712, the last room in the hall. Room 712 had a new patient, Mr. Williams. A man alone. A man strangely silent about his family.

As I entered the room, Mr. Williams looked up eagerly, but dropped his eyes when he saw it was only his nurse. I pressed the stethoscope over his chest and listened. Strong, slow, even beating. Just what I wanted to hear. There seemed little indication that he had suffered a slight heart attack a few hours earlier.

He looked up from his bed with the starched white sheets. He said, “Nurse, would you…?” He hesitated, tears filling his eyes. Once before, he had started to ask me a question, but it seemed that he had changed his mind.

I touched his hand, waiting.

He brushed away a tear. He said, “Would you call my daughter? Tell her I’ve had a heart attack. A slight one. You see, I live alone and she is the only family I have.” His respiration suddenly sped up.

I turned his nasal oxygen up to eight liters a minute. “Of course, I’ll call her,” I said, studying his face.

He gripped the sheets and pulled himself forward, his face tense with urgency. He said, “Will you call her right away? As soon as you can?” He was breathing fast — too fast.

He asked for his daughter. 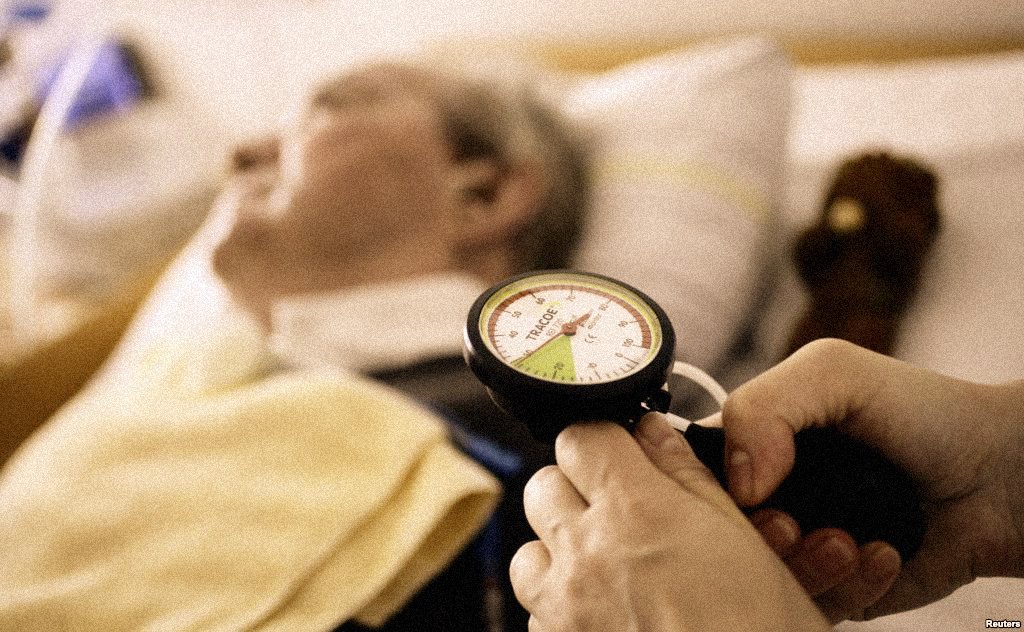 “I’ll call her right away,” I said, patting his shoulder. “Now, you get some rest.”

I flipped off the light. He closed his eyes. He had such young blue eyes in his 50-year-old face.

Room 712 was dark except for a faint night-light under the sink. Oxygen gurgled in the green tubes near the bed. Reluctant to leave, I moved through the shadowy silence and stood near the window. The panes were cold. Below, a foggy mist curled through the hospital parking lot. Above, snow clouds quilted the night sky. I shivered.

“Nurse,” he called. “Could you get me a pencil and paper?”

I dug a scrap of yellow paper and a pen from my pocket and set it on the bedside table.

I smiled at him and left.

I walked back to the nurses’ station and sat in a squeaky swivel chair by the phone. Mr. Williams’ daughter was listed on his chart as his next of kin. I got her number from information and dialed. Her soft voice answered.

I said, “Janie, this is Sue Kidd, a registered nurse at the hospital. I’m calling about your father. he was admitted today with a slight heart attack and…”

“No!” she screamed into the phone, startling me. “He’s not dying, is he?” It was more a painful plea than a question.

“His condition is stable at the moment,” I said, trying hard to sound convincing.

“You must not let him die!” she said. Her voice was so compelling that my hand trembled as I held on to the phone.

“He is getting the very best care,” I replied.

“But you don’t understand,” she pleaded. “My daddy and I haven’t spoken in almost a year. We had a terrible argument on my twenty-first birthday, over my boyfriend. I ran out of the house. I haven’t been back. All these months, I’ve wanted to go to him for forgiveness. The last thing I said to him was, ‘I hate you.'”

Mr. Williams and his daughter, Janie, had a terrible argument. 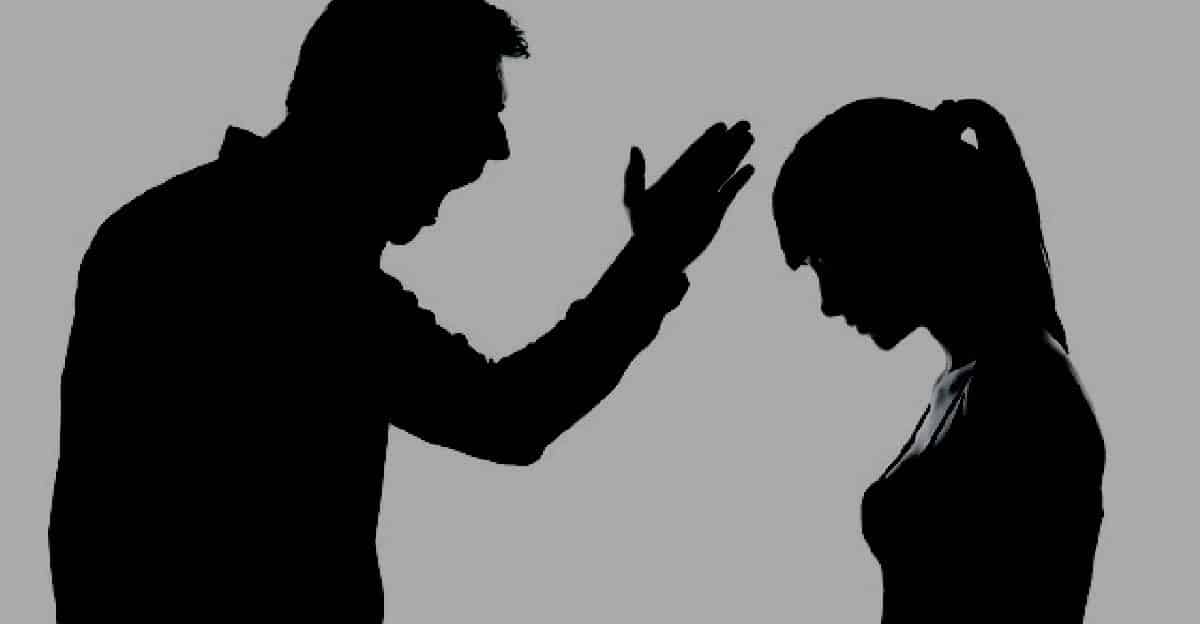 Her voice cracked and I heard her heave great, agonizing sobs. I sat, listening, my own tears burning my eyes. A father and daughter, so lot to each other! Then I was thinking of my own father, many miles away. It had been so long since I had told him, “I love you.”

As Janie struggled to control her tears, I breathed a silent prayer. “Please, God, let this daughter find forgiveness,” I prayed.

Over the phone, Janie said, “I’m going to the hospital now! I’ll be there in 30 minutes,” she said. Click. She had hung up.

I tried to keep myself busy with a stack of charts on the desk. I couldn’t concentrate. Room 712. I knew I had to get back to 712. I hurried down the hall, nearly running. I opened the door.

Mr. Williams lay still, not moving. I reached for his pulse. There was none.

I immediately reached for the intercom by the bed and called the switchboard. Within seconds, the alarm was going through the hospital: “Code 99. Room 712. Code 99. Stat.”

Mr. Williams had had a cardiac arrest.

The door burst open. Doctors and other nurses rushed into the room, pushing emergency equipment. A doctor took over what I was doing. A tube was inserted into Mr. Williams’ mouth as an airway. Nurses plunged syringes of medicine into the intravenous tubing.

I connected the heart monitor. Nothing. Not a beat. My own heart pounded. “God, don’t let it end like this. Not in bitterness and hatred. His daughter is coming. Let her find peace.”

They tried to save Mr. Williams. 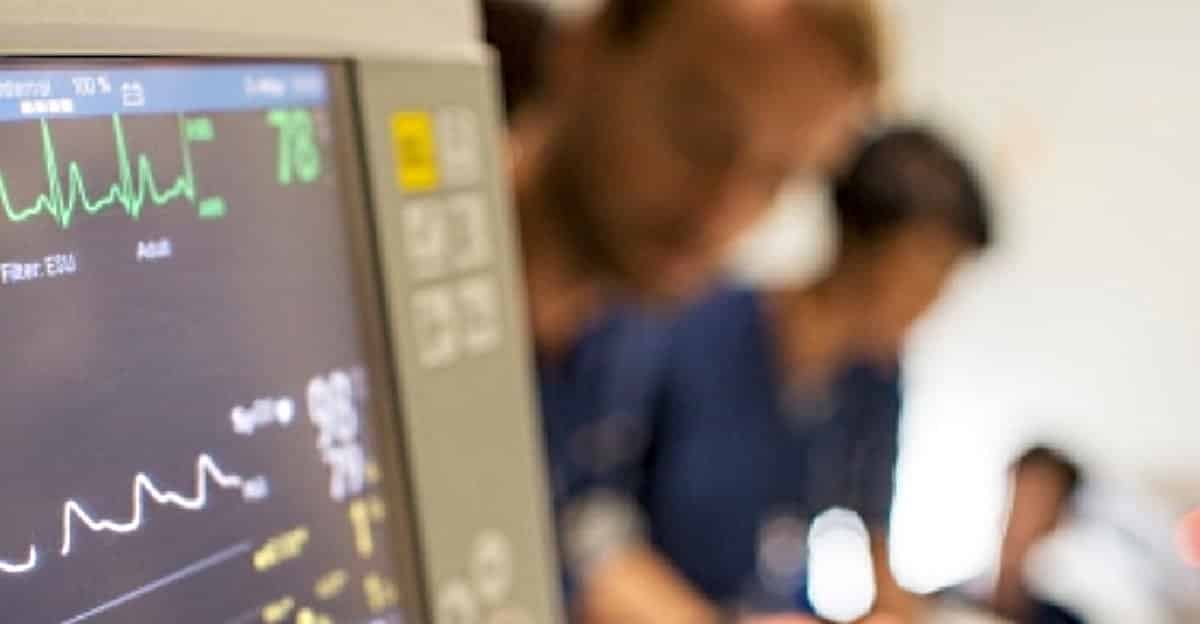 “Stand back,” cried a doctor. I handed him the paddles for the electrical shock to the heart. He placed them on Mr. Williams’ chest.

Over and over we tried. But nothing. No response. Mr. Williams was dead.

A nurse unplugged the oxygen tank. The gurgling stopped. One by one they left the room, grim and silent.

How could this happen? How? I stood by Mr. Williams’ bed, stunned. The wind rattled the window, pelting the panes with bits of snow. Outside — everywhere — seemed like a bed of blackness, cold and dark. How could I face his daughter?

When I got out of the room, I saw Mr. Williams’ daughter leaning against a wall by a water fountain. A doctor, who had been in Room 712 only moments before, stood at her side. He was talking to her and holding her elbow. Then, he moved on, leaving her slumped against the wall.

There was such a look of hurt on her face. Such wounded eyes. She knew. The doctor had told her that her father was gone. 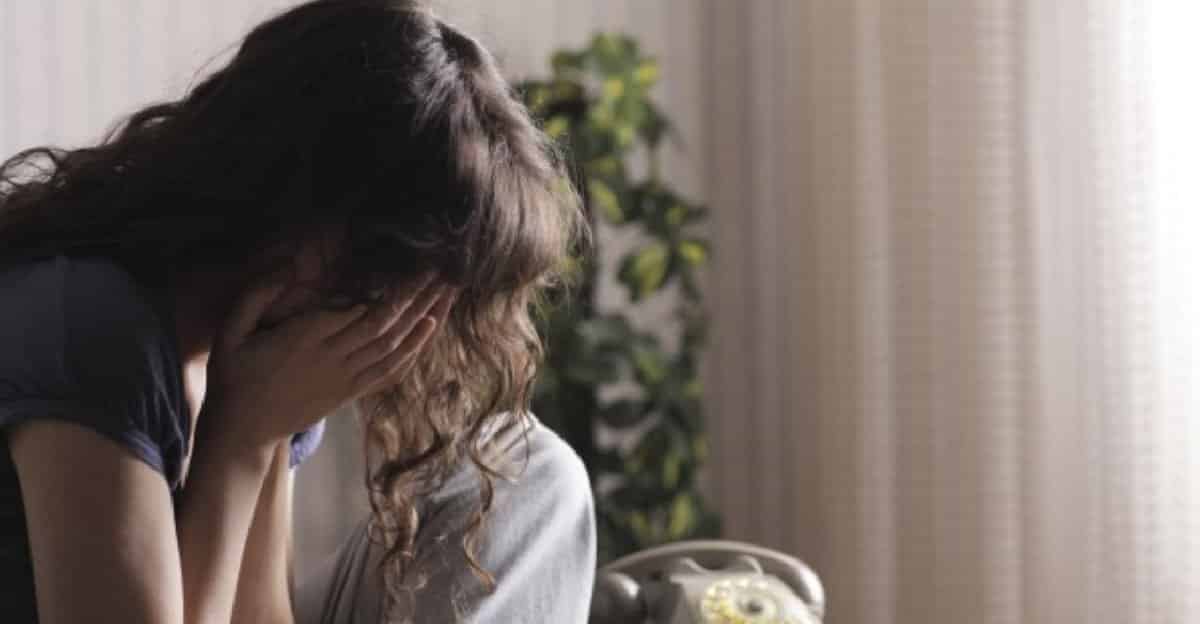 I took her hand and led her into the nurses’ lounge. we sat on the little green stools, neither of us saying a word. She stared straight at a pharmaceutical calendar, glassy-eyed and looking extremely fragile. “Janie, I’m so sorry,” I said. The words were pitifully inadequate.

God, please help her, I prayed.

Suddenly, she whirled toward me. “I want to see him,” she said.

My first thought was, Why put yourself though more pain? Seeing him will only make it worse. But I got up and wrapped my arm around her. We slowly walked down the corridor to Room 712. When we were outside the door, we stopped and I squeezed her hand. I wished that she would change her mind. However, she pushed open the door.

We went over to the bed, huddled together, taking small steps in unison. Then, Janie leaned over the bed and buried her face in the sheets.

I tried not to look at her, at this sad, sad good-bye. I backed against the bedside table and I touched a scrap of yellow paper. I picked it up and read the words written on it:

I forgive you. I pray that you will also forgive me. I know that you love me.

My hands were shaking as I thrust the note toward Janie. She read it once. Then twice. Her tortured face grew radiant. Peace began to glisten in her eyes. She held the scrap of paper to her breast. 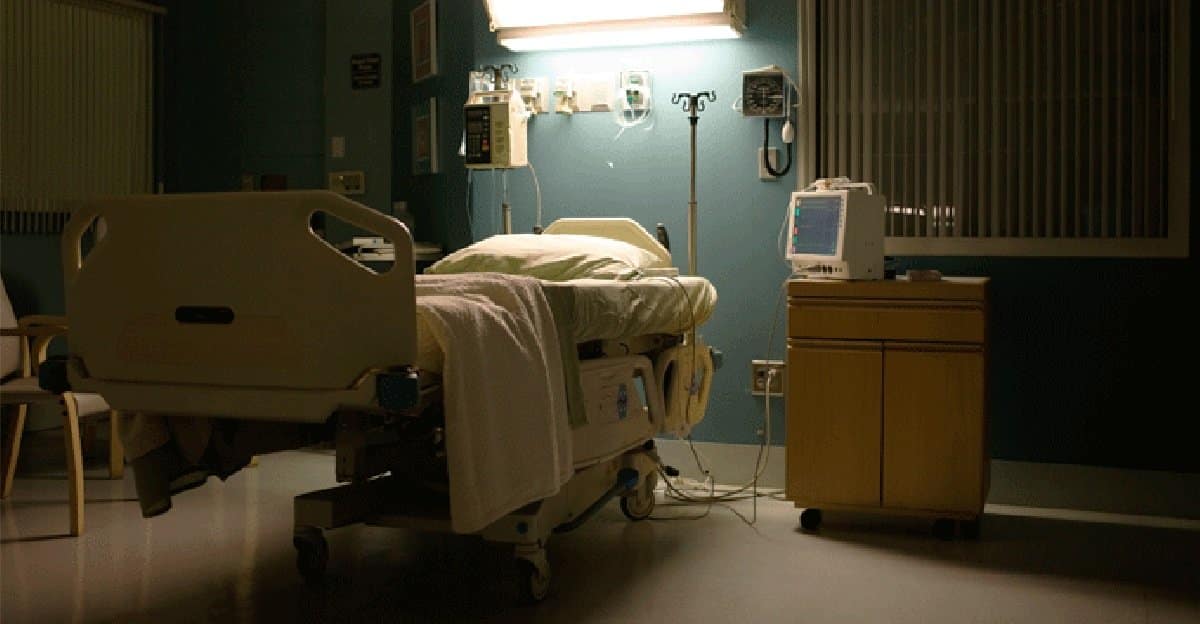 “Thank you,” I whispered, looking up at the window. A few crystal stars blinked through the blackness. A snowflake hit the window and melted away, gone forever.

Life seemed as fragile as a snowflake on the window. But thank you, God, that relationships, sometimes as fragile as snowflakes, can still be mended. But there is not a moment to spare.

I crept from the room and hurried to the phone. I felt the need to call my own father. I wanted to tell him, “I love you.”

The story that the nurse shared drives home the point that when it comes to our relationships, we must not wait until it’s too late to tell people that we love them. It’s a simple rule that many of us forget. That shouldn’t be the case. Life can be unpredictable and we may regret not spending more time with the ones we love.