In the hope of saving his badly burned left hand, Frank Reyes — an 87-year-old retired cattle ranch worker and school bus driver who lives in Missouri City, Texas — agreed to have it sewn into a pocket of tissue in his abdomen. Reyes’ family, of course, thought the procedure was something out of a sci-fi movie, but they agreed to it as well. After all, they had said they were willing to try “anything” to save his hand.

Reyes was home alone when figured in an accident last June. He was changing a tire on a trailer when the jack slipped and pinned his hand against a fender. Reports say that it was more than 100 degrees that afternoon and the metal on the fender became like an iron burning Reyes’ hand. It took half an hour before Reyes was rescued.

Frank Reyes had his hand in his abdomen for 3 weeks. 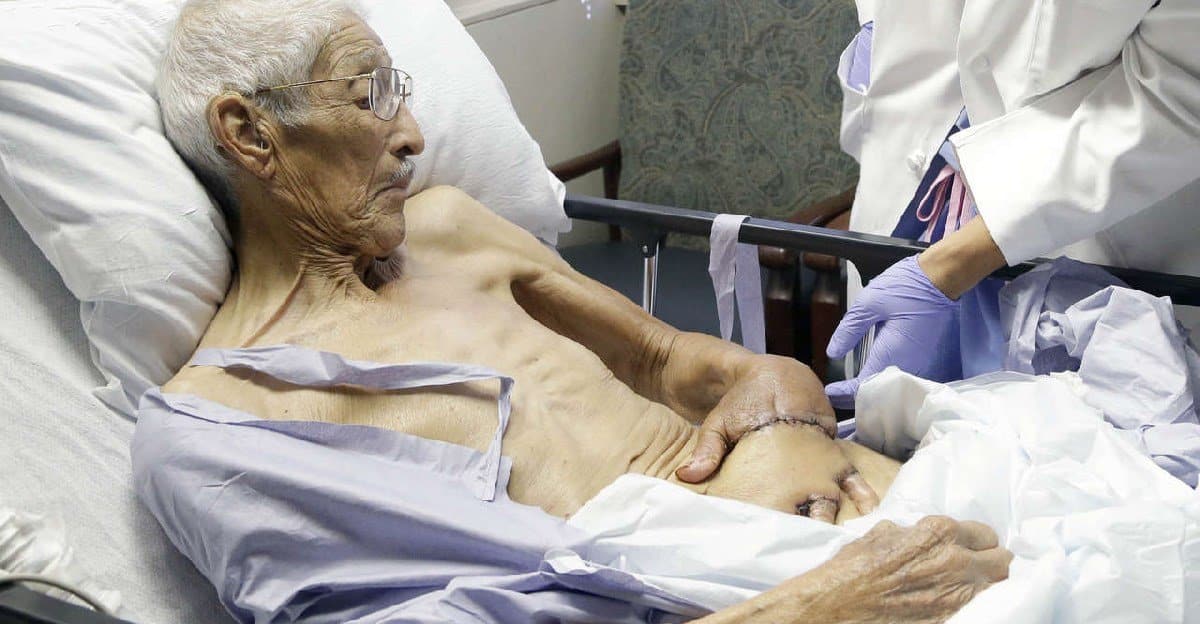 The heated metal had burned through the skin, tendons, and tissue of Reyes’ hand. Doctors initially cleaned and bandaged his hand. Unfortunately, infection set in and a huge part of Reyes’ index finger had to be amputated.

Fearing the worst, the doctors who first treated him told Reyes to see Dr. Echo, who immediately decided to try the not-so-common procedure of temporarily attaching Reyes’ hand to his abdomen.

As it turns out, the said procedure was widely used back in World War I, as well as in other trauma situations. It’s still being used in research as a way to incubate lab-grown body parts.

What happens is this: The abdominal skin sticks to injured body part and new blood vessels form to connect them. So, for three weeks, Reyes had his injured hand tucked into his tummy.

Earlier this month, doctors finally cut free Reyes’ hand from his abdomen. They then used some of the abdominal tissue and skin to cover it. Reyes hopes for near-full use of his hand.

When asked what he plans to do when his hand is back to “normal,” Reyes replied, “As soon as I’m well enough to drive I want to take a little trip. The main thing I want to do is raise cattle, ride horses. I’m an outdoors person” who doesn’t like being cooped up.”