A man visiting Arizona to admire the grandeur of the Grand Canyon never expected that the experience there would be more than just marveling at the popular tourist destination. While it’s common for tourists there to encounter squirrels, the man did not only come across one but became a hero of sort to the critter, too!

Paul Camps, who hails from Gloucester, England, was at the Grand Canyon National Park recently to appreciate the world-famous tourist destination. While marveling at the grandiose work of nature, he spotted a squirrel that was acting a bit strangely. Soon, Camps and his girlfriend realized what the critter wanted them to do: Quench its thirst.

Paul Camps suspected that the squirrel wanted something from him as it was tailed him non-stop. 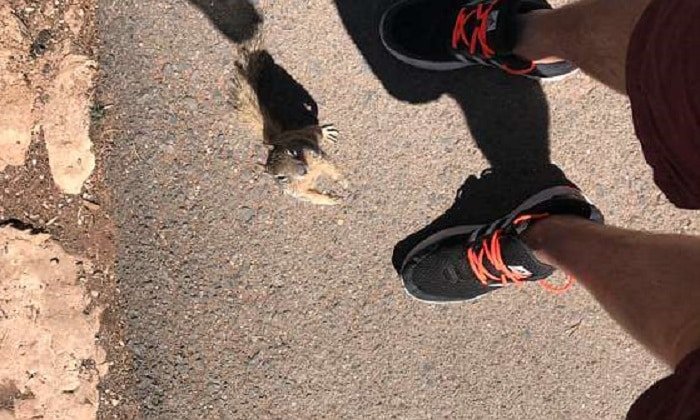 As seen on the video taken by Camps, the critter was obviously thirsty. While the tourist was holding the bottom part of the water bottle, the squirrel was holding its other end and was drinking from it non-stop, eventually emptying it.

“Needless to say we didn’t drink from the same bottle,” Camps joked.

The high temperature at Grand Canyon National Park can make the wildlife there truly thirsty. 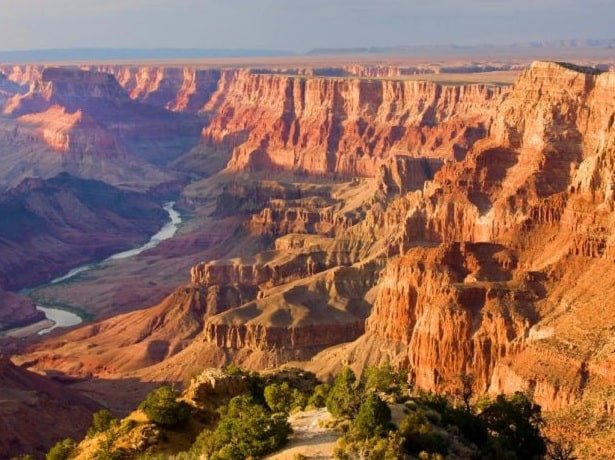 Since the temperature at the Grand Canyon National Park spikes to around 87F at this time of year, it is understandable why many animals in the area, including squirrels, easily feel thirsty. Despite this, though, the Grand Canyon National Park Service is reminding tourists to keep a distance from the wildlife. In the case of squirrels, a distance of around 50 ft or 15 meters is recommended.

Keeping a safe distance from the wildlife at the national park is for the tourists’ own good. 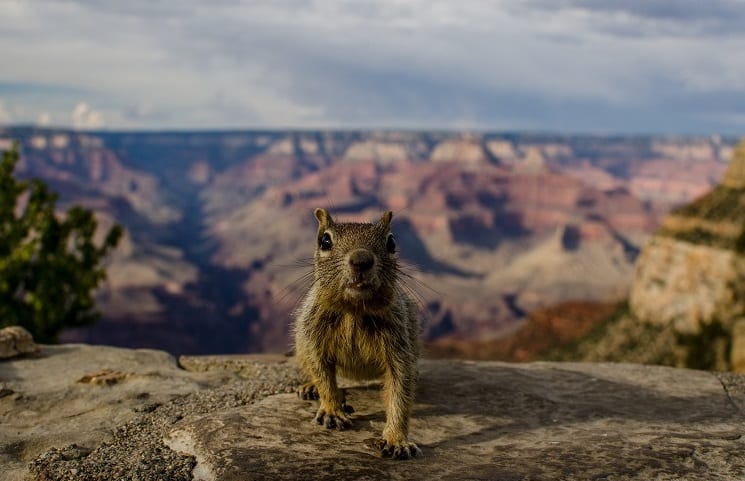 Keeping a distance from wildlife, including squirrels, will not only ensure that the animals won’t get hurt but is also a way for tourists to protect themselves from getting scratched or bitten.