It is said that you must always seize an opportunity once it happens. However, it seems that grabbing an opportunity is not enough. At times as you need to hold on tight to it and never let it go as you may lose it for good, just like what happened to a cat whose prized catch was enjoyed by another predator after it let its guard down because of a distraction.

In a viral video post, a cat in Brush Prairie, Washington can be seen sitting alongside with its catch, a baby rabbit, which appears to be motionless and seems to have accepted its fate of dying as a meal of the feline. A few seconds after, the cat grabs the critter by its neck and carried it to the porch of its owner.

A cat was almost sure to have a furry meal. However, upon letting its guard down, its meal escaped. 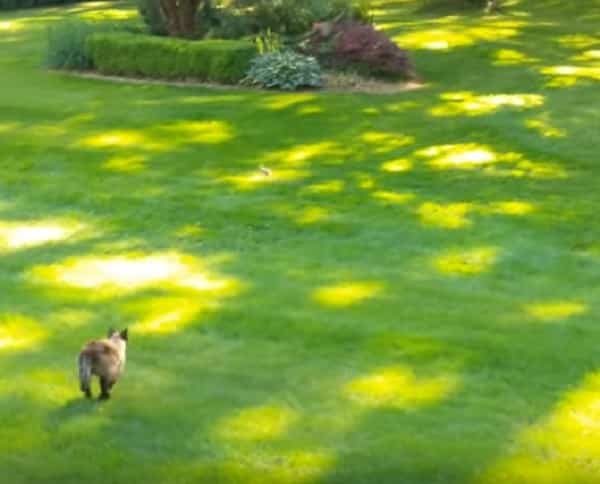 Upon reaching the porch, though, the cat appears to have been distracted by something. Hence, it drops the rabbit as it heads towards whatever that captured its attention. This prompts the rabbit to hop its way back to the grasses, probably thinking that it has been given another lease on life.

Upon realizing that its furry meal has escaped, the cat tries to run after the rabbit. While it appears that the rabbit is already out danger, the surprising twist to the story of the cat and its meal that ran away happens: A winged creature is seen going for the dive and attempting to have the food that originally belonged to the cat.

Hopefully, the cat has learned its lesson of not playing with its food…

Apparently, while the cat is still hoping to have his escaped meal back, the winged creature, an owl, succeeds in scooping the rabbit. And, as the owl flies away with the rabbit trapped between its talons, the cat can only watch helplessly, probably regretting that it did not eat its furry meal immediately.

Lesson? Don’t just seize an opportunity: Hold on too it tightly and don’t let it slip.

…And not letting its meal wait, just like what mothers would say when they call their children at mealtime. 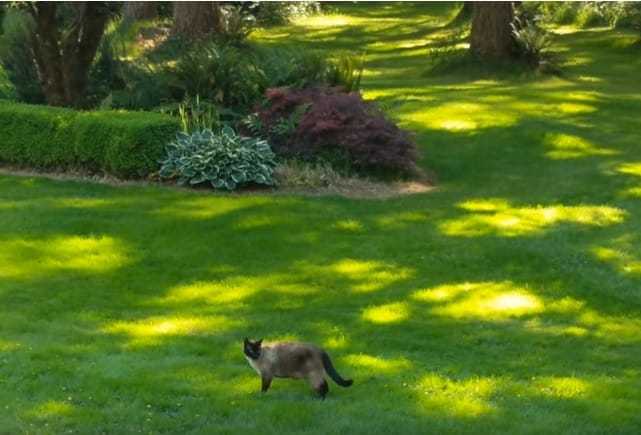 And, yes, just like what mothers always say when they call their children at mealtime, don’t let your food wait.