This is a perfect demonstration of how guns could be used for both good and bad. In the viral video that you will see below, an armed man failed after attempting to rob a convenience store because of one huge mistake – the store he targeted was full of male customers who each had their own guns as well.

Well, talk about an epic robbery fail! Clearly, he didn’t see this coming – and he got exactly what he deserved.

These guys were at a convenience store when an armed robber suddenly busts into the place. 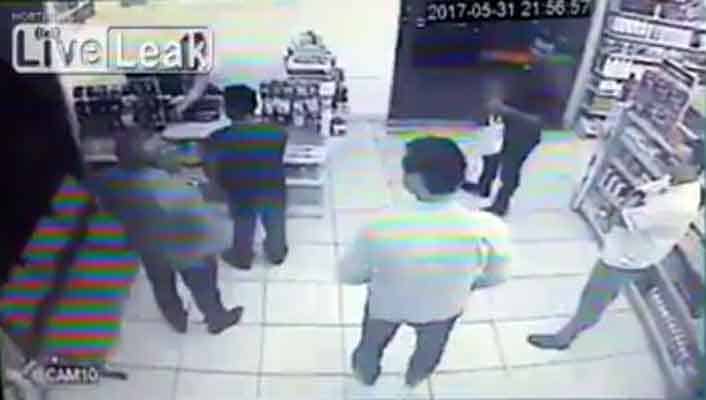 In the said footage, a man wearing a helmet suddenly busts into a convenience store while threatening everyone with a gun. Usually, this is the part where the cashier hands over the money from the cash register and then the robber quickly makes his escape.

The thief threatened everyone with a gun. 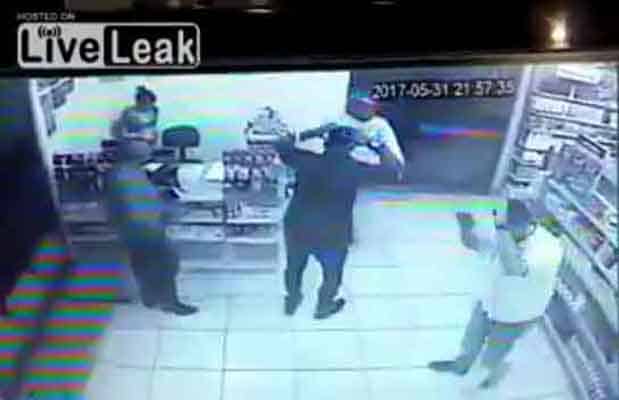 As you already know, that’s not what happened in this story since the lone armed robber ended up targeting a store filled with men who were each trained in handling firearms. So to make the long story short, he ended up learning his lesson the hard way. The brave guys managed to stop the criminal.

In a Tribunist feature, we learn that the men seemed to “operate in a coordinated manner.”

As the article author pointed out,

“One man steps up, hands on his head. He’s clearly giving visual signs of compliance. When those hands go up, it shows the robber that he’s not a threat.

“But watch how he blocks for the others. He runs a bit of interference, and those arms above his head do even more to keep block the view of the man in the helmet. This allows the guys behind him to draw and fire unseen…

“There is no visible panic. In fact, it is just the opposite. They’re able to fake the outward signs of compliance well enough to fool the robber. Then their teamwork kicks into overdrive, and the threat is eliminated.”

Later on, the shooter runs off outside to check if the robber had an accomplice.

Now watch it from a different angle:

Our hats are off to these men who took quick action to stop a criminal in his tracks. 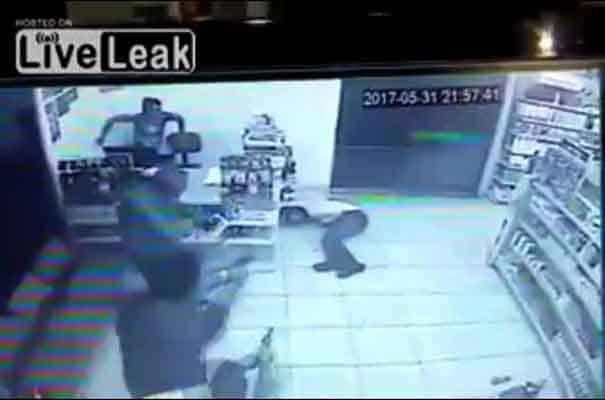 You guys are definitely heroes in our book!