Love is a bed of roses they say, until the person you most love betrays you. It’s that love that made you ecstatically happy that will also make you want to kill yourself. Take for example this young lady from China who said she did not want to live anymore after she discovered her boyfriend’s secret. She was so devastated to the point that she didn’t want to go on with her life anymore.

The unnamed teenager went up to the third floor of their apartment building when she learned that the love of her life is not actually hers to keep forever.

She wanted to end her life by jumping off their building. 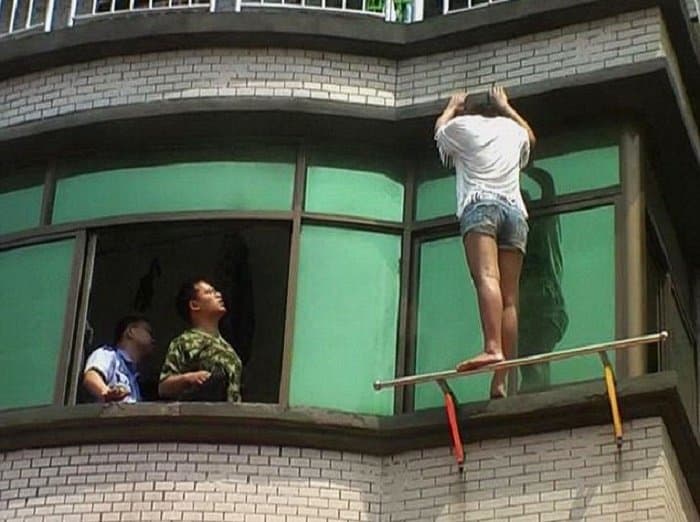 She learned that her boyfriend was not the ideal single guy she has been dreaming of; he was a poser who pretended to be single, but was actually married with a child.

Rescuers came in to negotiate with her. 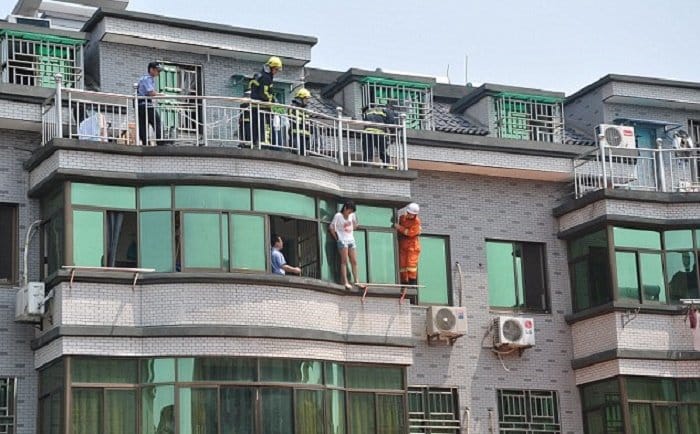 After firefighters talked to the teenager, she still did not changed her mind.

She jumped off the building without fear. 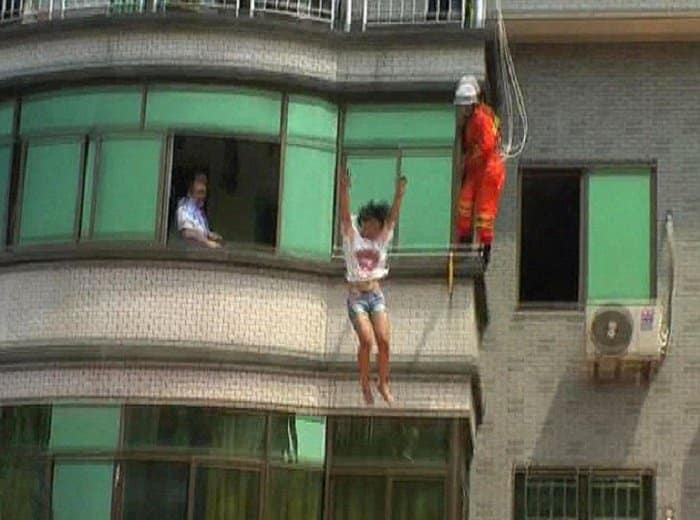