Taylor Smith was just 12 years old when she died in 2014. She was an intelligent young girl with a creative and quirky side, but all that she could have been was gone to waste when she died due to pneumonia complications.

Both her parents Tim and Mary Ellen Smith were obviously devastated by their daughter’s passing. They then started to sort through Taylor’s things, which is definitely a difficult task for parents. However, they discovered something that would touch their hearts.

Tim and Mary Ellen found a note that Taylor had written for her future self. It said that the letter should only be opened in 2023. It was a shock to both Taylor’s parents considering that she had written a letter for the future. But more importantly, they were surprised at what she had put in writing.

Upon discovering Taylor’s words even after her death, Tim and Mary Ellen felt comforted and they just had to share what Taylor had written to their ministry. They then decided to let the world know about it. 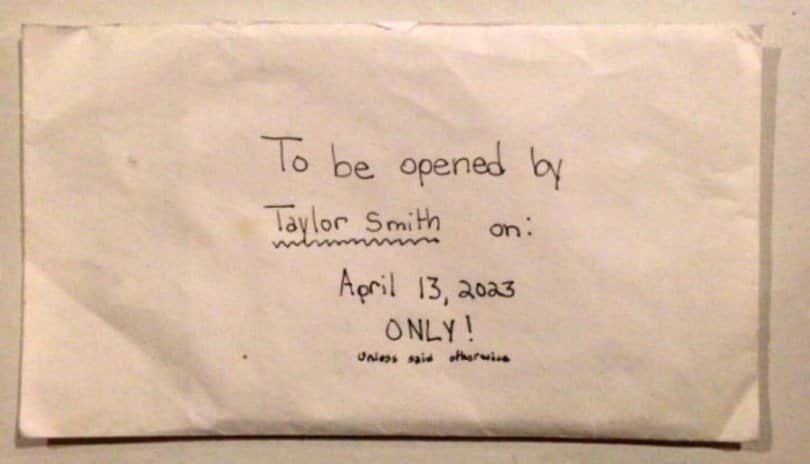 This letter was sealed as if it contains an important message inside that she should remind her future self of. 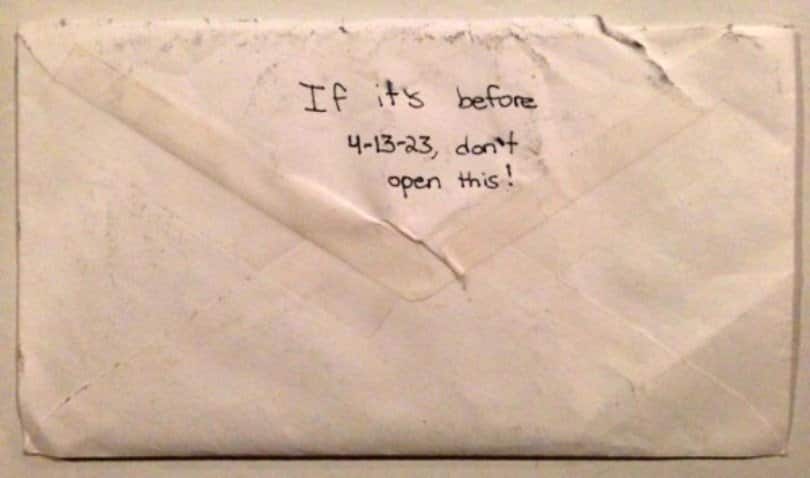 Taylor died of pneumonia complications. Her parents were truly devastated but when they discovered her letter, they were comforted. 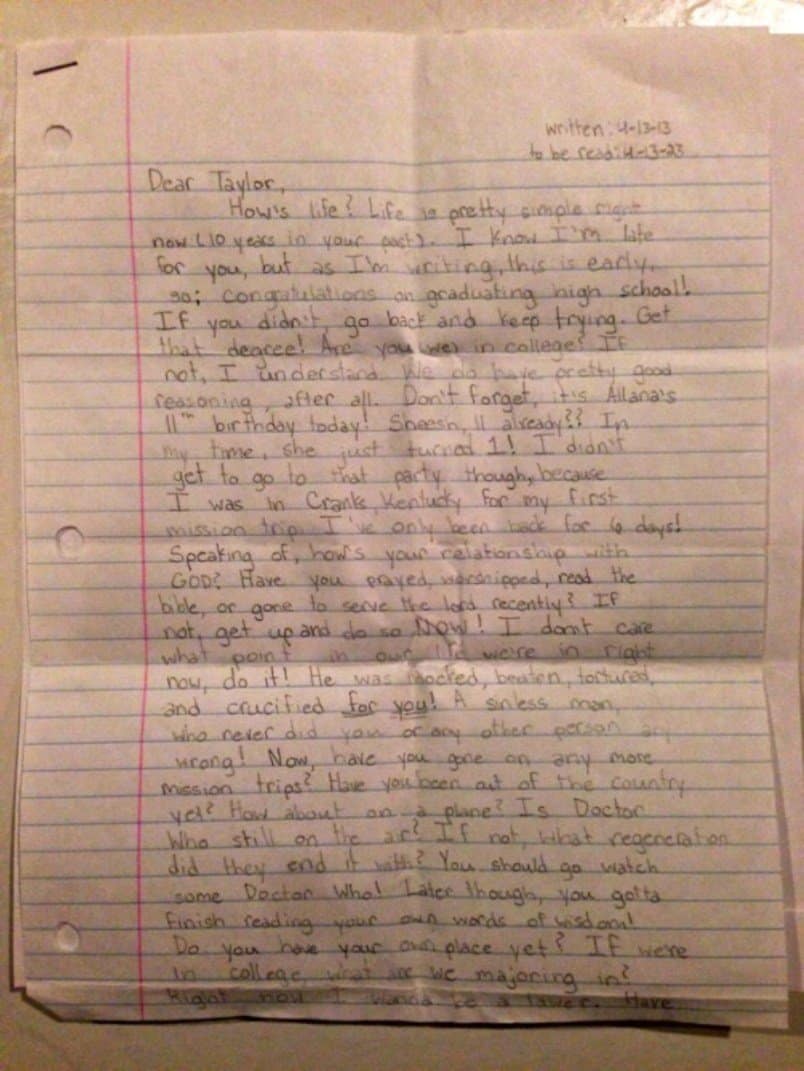 A part of the letter reads:

How’s life? Life is pretty simple right now (10 years in your past). I know I’m late for you, but as I’m writing, this is early, so; congratulations on graduating high school! If you didn’t go back and keep trying. Get that degree! Are you (we) in college? If not, I understand. We do have pretty good reasoning, after all.

What do you think of this story? Share your thoughts in the comments section!