His classmates never heard him speak but a graduating student with autism spoke during their graduation rite – and it turned out to be very inspiring.

This year’s graduation ceremony at Plano Senior High School in Texas started with the usual speeches, such as the class president and the valedictorian.

Then unexpectedly, their classmate who seldom talks, Sef Scott, went to the podium. 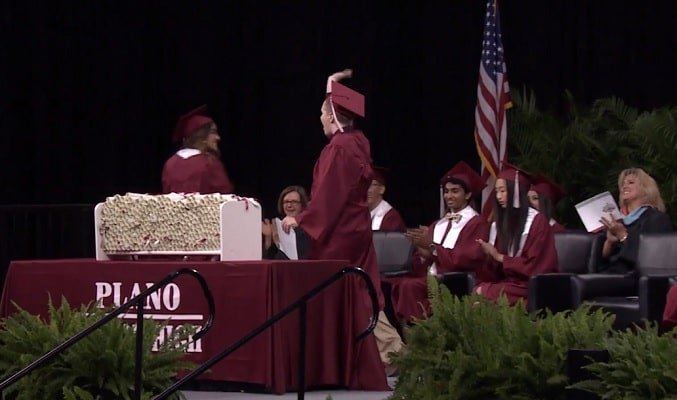 When he began speaking, his words moved the crowd. 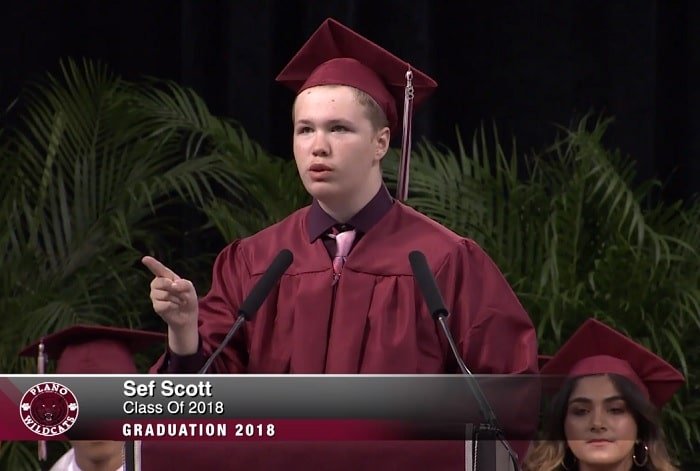 “Unexpected. That is what I want you to remember. Unexpected.”

“First and foremost, I would imagine that to the seniors that know who I am that it is entirely unexpected that I would be standing here giving this speech.” 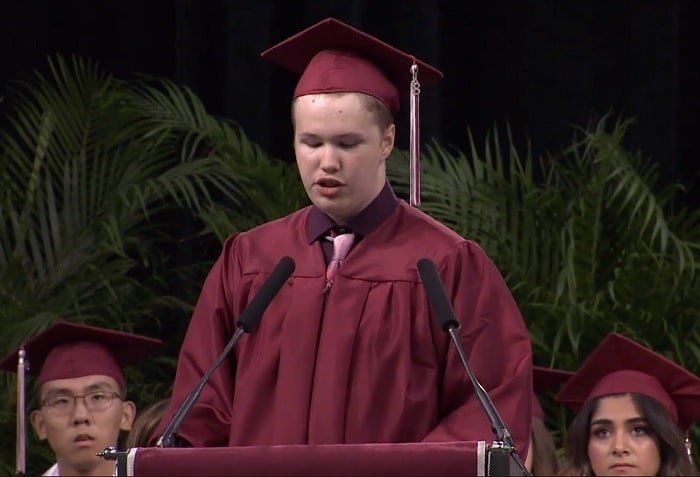 These conditions make it hard for him to communicate with others.

Vicki Scott, Sef’s mother, said that he knows what’s going on around him. The thing is, his condition makes it hard for him to engage with other people do. So when he said he wanted to audition to speak at his graduation ceremony, she was surprised.

“I have autism and a social communication disorder. … Just by my being here, speaking to all of you — me — that alone is unexpected.”

“Don’t follow someone else’s dreams. Don’t waste time on something you never wanted. Do the unexpected. It is your life that you are living, not anyone else’s. So do what fulfills you. Don’t fear the future. Don’t fear the unknown. Will it be unexpected? Yes. Yes, it will. But that does not make it wrong,” Scott told the audience.”

Sef was inspired by his brother, who was a brain cancer survivor. He has been giving speeches to raise money for charity since 2009.

Sef ended his speech as all audience gave him a standing ovation. The video later went viral when it was uploaded on Facebook.