All mothers are always thinking about their children. A stray dog was clearly sad to see that one of her puppies was taken away for adoption. The little pooch followed the pup’s new owner because she wanted to say goodbye.

The stray dog recently gave birth to a litter of puppies. Although students have been taking care of the family, it was finally time for the pups to be adopted. One lucky puppy was chosen for adoption and was immediately collected by its new owner. However, the mother didn’t want to let it go so easily.

This stray isn’t quite ready to say goodbye to her puppy. 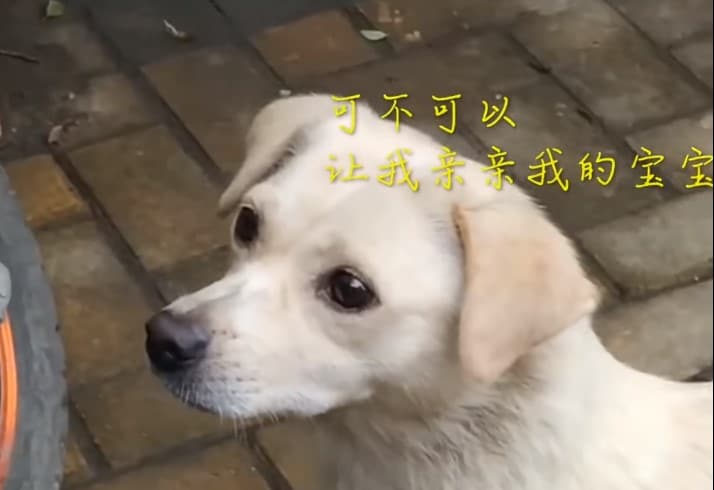 The new owner immediately noticed that she was being followed by the anxious mother. It is clear that the dog was confused why her puppy was being taken away.

The woman lowered the puppy so its mother can see that the little pup is doing fine. The stray dog immediately stepped closer, smelling and checking on the puppy.

After the quick check, the stray still didn’t want to leave. The puppy’s new owner decided to offer it to its mother once again so the dog can continue checking on the pup. That’s when a truly heartbreaking moment happened between the pup and its mom.

Just one more kiss for the adorable puppy. 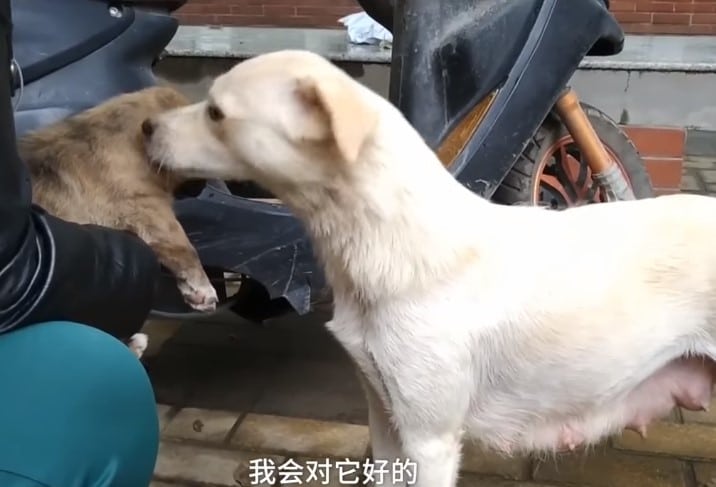 The dog smelled her puppy one more time. She gives it a last kiss, another quick check, then quietly walks away. However, the heartbroken mother couldn’t help but turn around for one final look at her departing baby.

It’s a heartbreaking scene that has people in tears. Some netizens are urging the puppy’s new owner to adopt the mother as well. However, she clearly still has more pups that are also waiting to be adopted.

It is unlikely that the stray dog was concerned about her puppy’s future. Nevertheless, it’s still heartbreaking to see a mother having to part with its baby. Hopefully, the dog and her other pups will find new families as well.