A woman was asked to refund her date back the $5 he spent to have coffee with her after things didn’t work out.

This incident makes the phrase “cheap date” seem like an understatement. Its either that or its a sign the economy has gone down the drain when men have to ask their dates to return spare change.

Or maybe its just this one man in a million?

Would you demand a date refund from this woman? 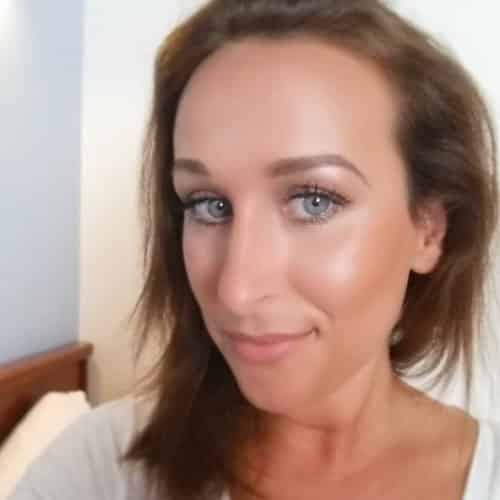 Lauren Crouch, a 28-year-old London resident had just started dating again after getting over a breakup. Like all other young people of her generation, she turned to Tinder to find the perfect man to go out with, and chanced upon a guy, whom we’ll call Mr. X for purposes of anonymity.

After interacting for some time on the dating app, Lauren and Mr. X agreed to meet up at a train station where the guy suggested getting a coffee from a chain shop nearby, only to say his goodbyes after half an hour, telling her he was waiting for a grocery delivery back at home.

For Lauren, who runs a blog, “No Bad Dates, Just Good Stories,” chronicling her dating experiences, although Mr. X appeared intelligent, spoke well, and carried himself with seeming dignity, this could have been warning number one.

Who leaves this kind of date after only 30 minutes? For groceries?! 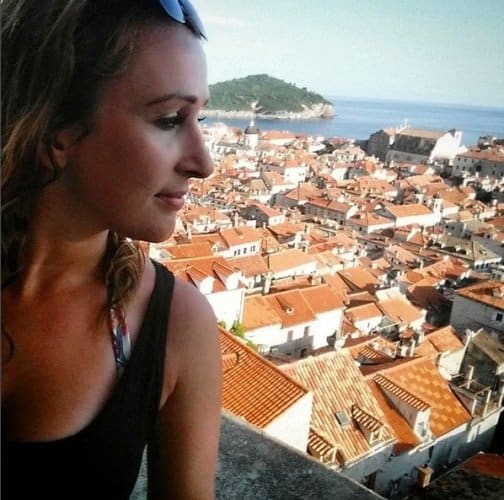 Lauren and Mr. X had an awkward leave taking, after which the guy asked Lauren to come home and wait for the groceries with him, offering to cook her a meal.

However, Lauren, who had a strong sense of self preservation, respectfully declined, citing the reason she never went to a guy’s home after only one meeting…and a very brief one at that.

That night, Mr. X texted Lauren, hoping to meet up again, but the smart woman believed in chemistry at the first date, and really wasn’t feeling Mr. X after their extremely short time over coffee. 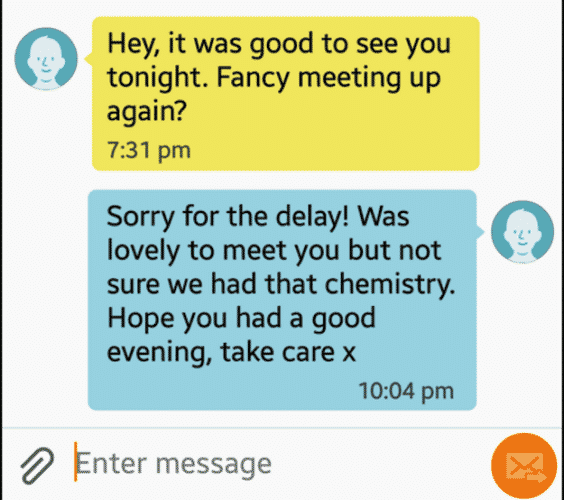 “I think when it comes to chemistry, or the elusive spark, it isn’t something you can even describe or put your finger on. It just happens [or not], and that’s why it’s not easy finding that person you like enough to commit to.”

Mr. X gave it a few more tries, and when Lauren politely kept turning him down, he promptly sent her this text message:

Because he thinks Lauren comes with a money-back guarantee… 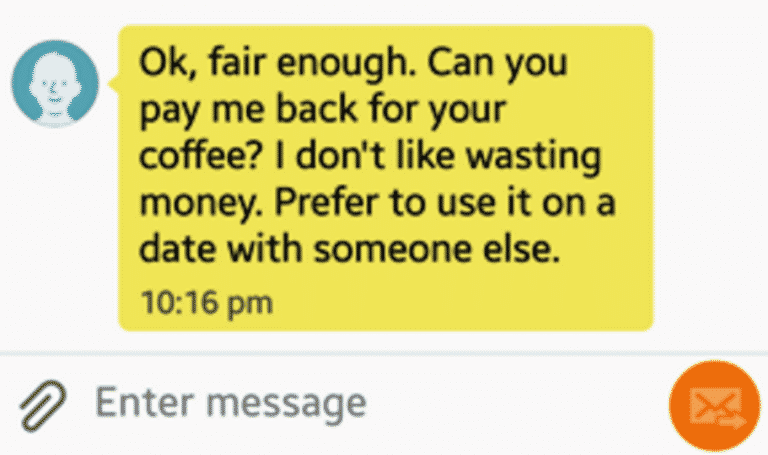 Lauren was rendered both flabbergasted and speechless, unable to believe such a cheapskate existed in this day of electronic-driven dating. So she decided to take the high road, and offered to donate the £3.50 (roughly equivalent to $5) to a charitable organization of his choice.

How classy is this lady? 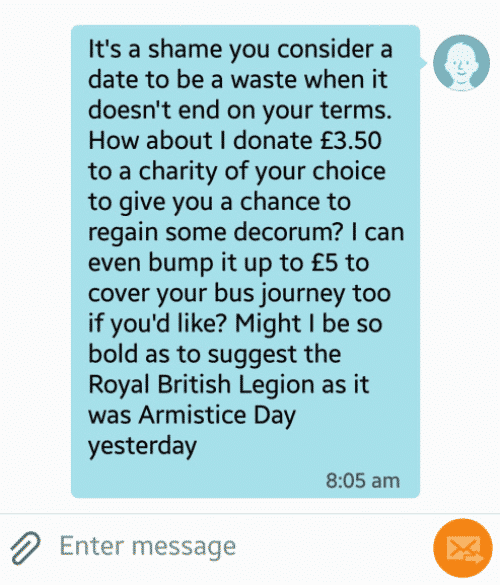 To which the cheapskate replied: 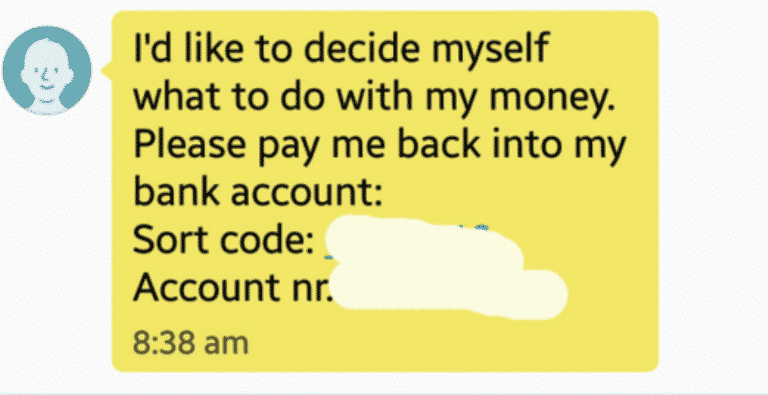 Instead of making a big deal out of a rotten apple, Lauren blogged about her experience instead, and got a ton of responses from her readers who expressed their shock, urged her to charge him back for the train fare she spent to meet up with him, and even told her she wasn’t alone…there are more “Mr. Xs” lurking around with the same mindset, demanding monetary refunds for a date gone wrong.

How Mr. X could insult this woman is highly inconceivable… 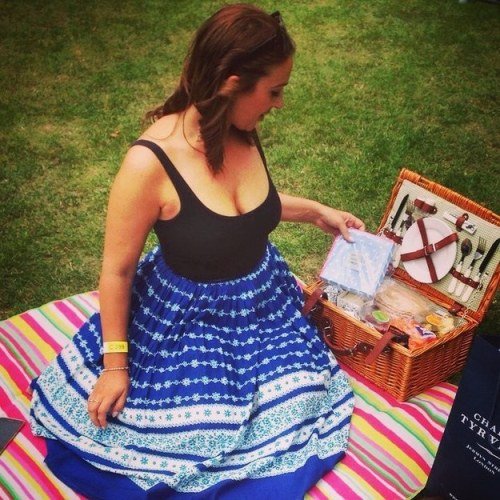 Fortunately, the experience with Mr. X hasn’t turned Lauren away from the dating game. She still believes in romance, and knows there is someone out there for her who who isn’t likely to put a ticking money meter down at each encounter. 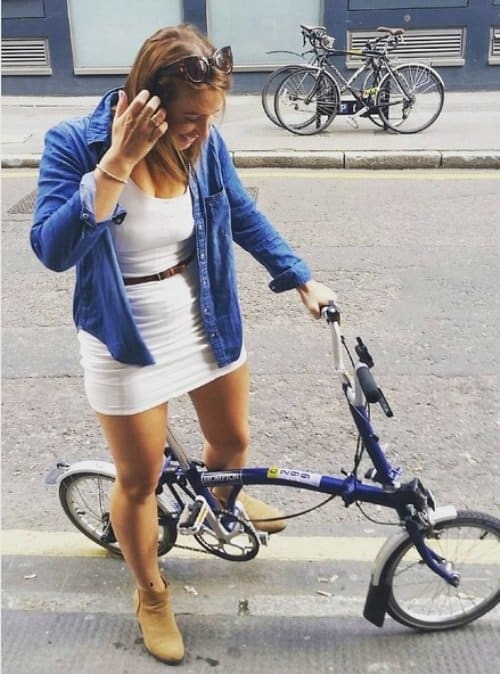 Good for you, Lauren!