While constructing London’s “super sewer,” archaeologists discovered something odd near the shore of the River Thames. According to reports, they found a 500-year-old skeleton wearing thigh-high leather boots.

The “mysterious” skeleton was lying face down when it was unearthed. Archaeologists believe that the 500-year-old skeleton in thigh-high boots is a man and that he might have been under the age of 35 at the time of his death. 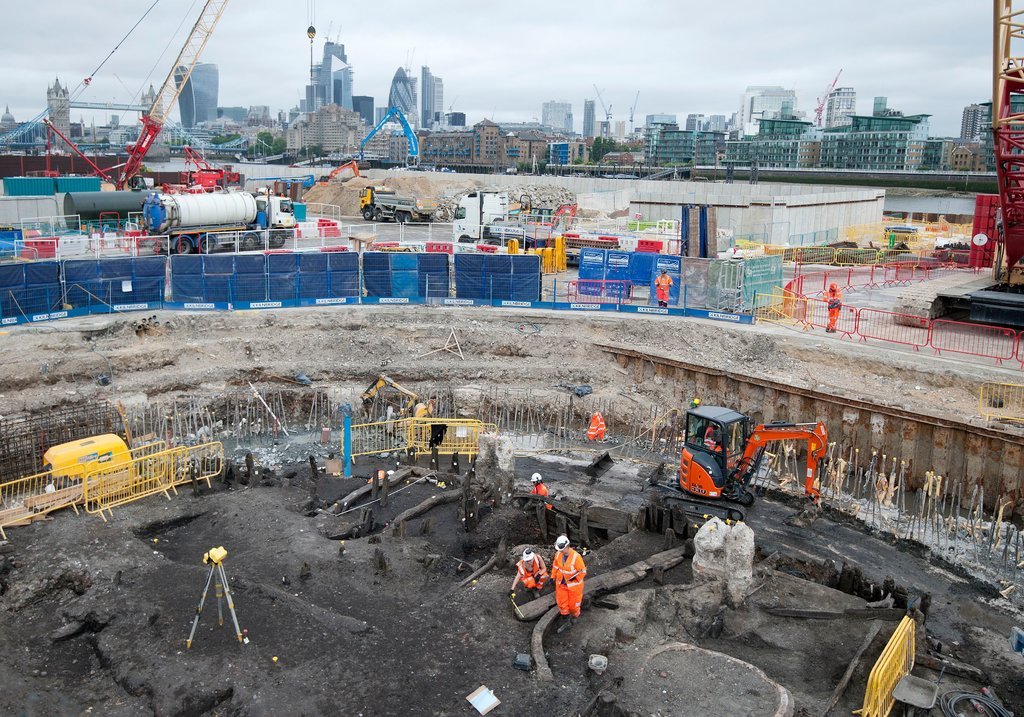 “By studying the boots, we’ve been able to gain a fascinating glimpse into the daily life of a man who lived as many as 500 years ago. They have helped us to better understand how he may have made his living in hazardous and difficult conditions but also how he may have died.”

Based on the features of the boots, researchers believed that the owner di ed around the late 15th or early 16th century. 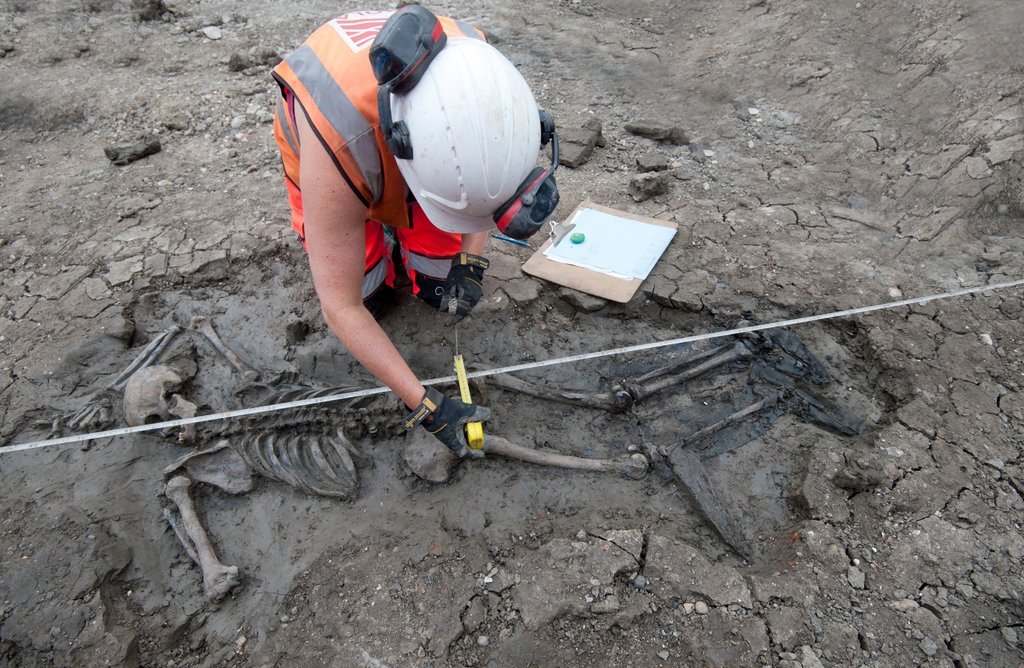 Because leather was expensive during the Tudor period between 1485 and 1603 in England and Wales, it is improbable that someone would be buried in an expensive item.

Researchers believe that the boots indicate the man’s death was premature, though the cause is unknown. They suggest that he wasn’t buried deliberately due to his “unusual” position. The skeleton was found with “one arm above his head with the other bent back on itself to the side.”

“Possibly the biggest clues about his life are deep grooves found on his teeth. They were caused by a repetitive action like passing rope between his teeth as a fisherman might—which may also suggest that he made his living from the river.” 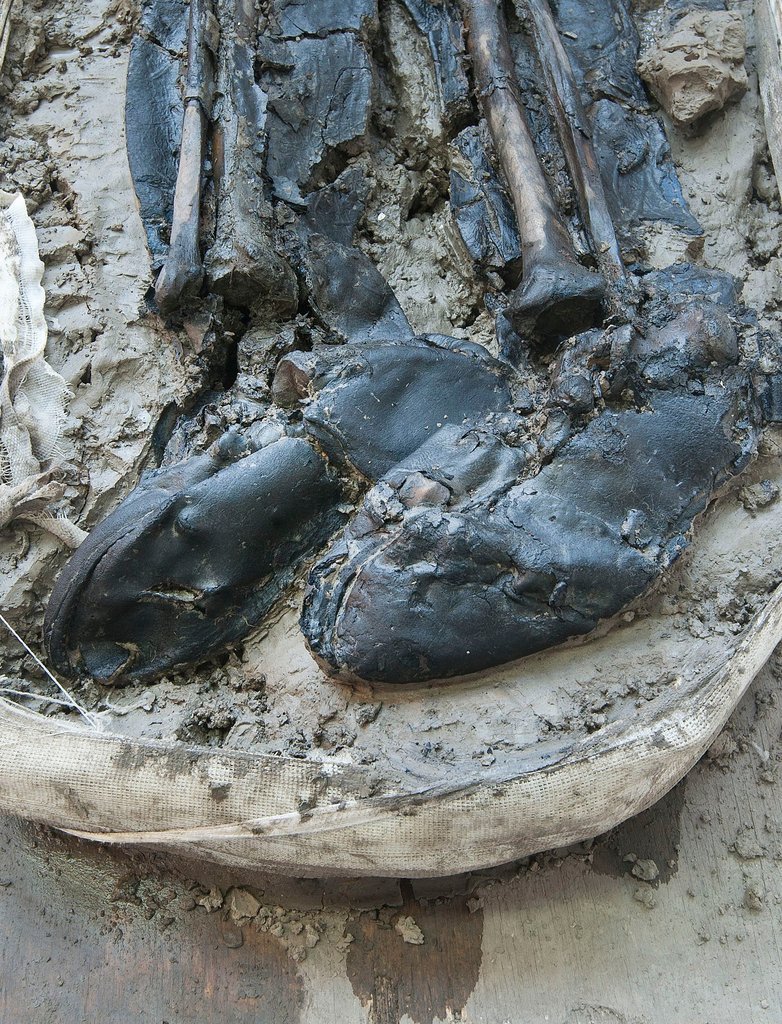 The discovery of the leather boot-clad skeleton has prompted archaeologists to investigate the site further before moving forward with the “super sewer” construction.