The three potentially habitable exoplanets, discovered by a team of scientists led by astrophysicist Michael Gillon, were found to be a mere 39 light years away from Earth. According to Gillon, the discovery was the “first opportunity to find chemical traces of life outside our solar system“.

Astronomers at European Southern Observatory were observing dwarf stars when they noticed that one certain star, about one-eighth the size of the sun, had fading infrared signals at regular intervals. Further study on the star, labeled as TRAPPIST-1, showed that there were three exoplanets orbiting it – with the innermost two completing a revolution every 1.5  to 2.4 days and the outermost exoplanet completing its revolution between 4 to 73 days.

The red circle on the map shows the location of TRAPPIST-1, an ultra-cool dwarf 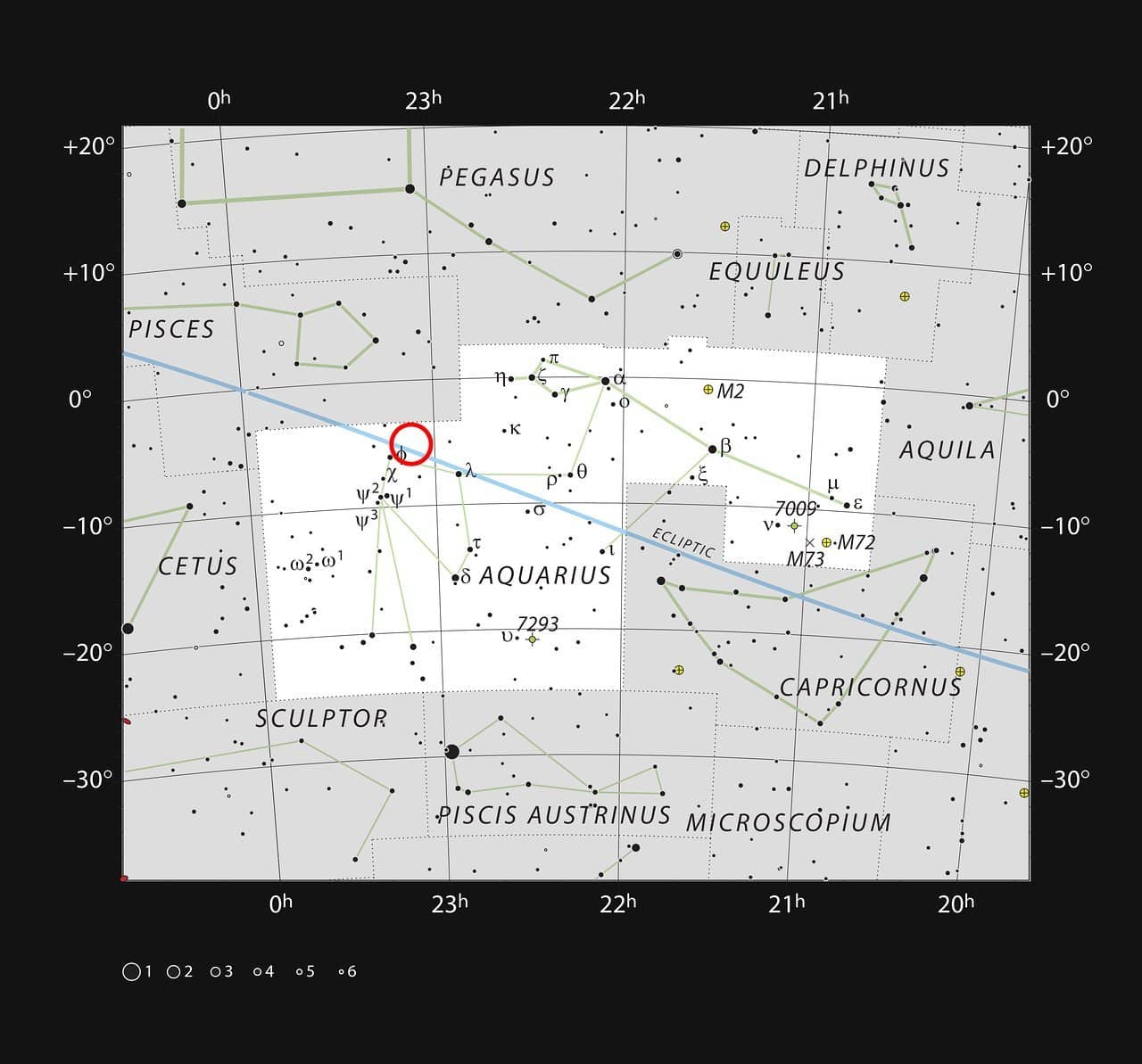 Astronomers are extremely enthusiastic about the find, for the exoplanets exhibited the so-called “winning combination” – it was similar in size to Earth, close enough to be analyzed, and “potentially habitable” due to its close proximity to its dwarf star. 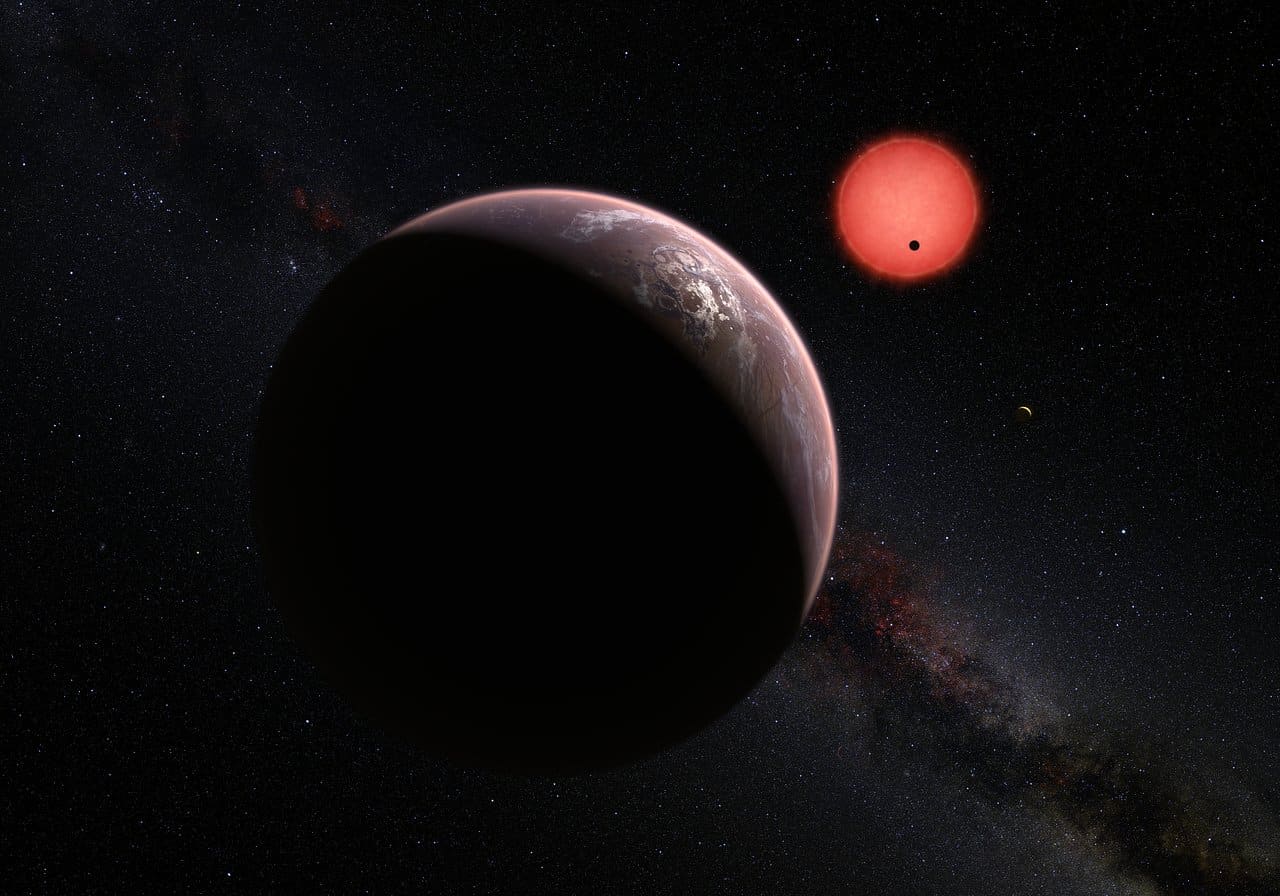 This exciting find is a giant leap in the search for habitable planets, opening up a possibility of ultra-cool dwarf stars holding exoplanets which may be supporting forms of life. So far, previous studies focused on stars similar to our Sun, which are larger and hotter than TRAPPIST-1. Who knows, maybe in our lifetime, we can find another Earth in the galaxy.  How exciting can that be?