If you’re a fan of NERF guns (who isn’t, right?), then we bet you are gonna love this. As you will see in the video below, two YouTube vloggers created the ultimate weapon for all NERF enthusiasts – a massive bazooka!

YouTube tandem Ryan & David came up with the 4-foot shooter that fires pool noodles instead of small foam darts and it’s totally mindblowing, to say the least. Unsurprisingly, NERF geeks from all over the globe have been very enthusiastic about the invention.

Definitely not for your typical NERF game! 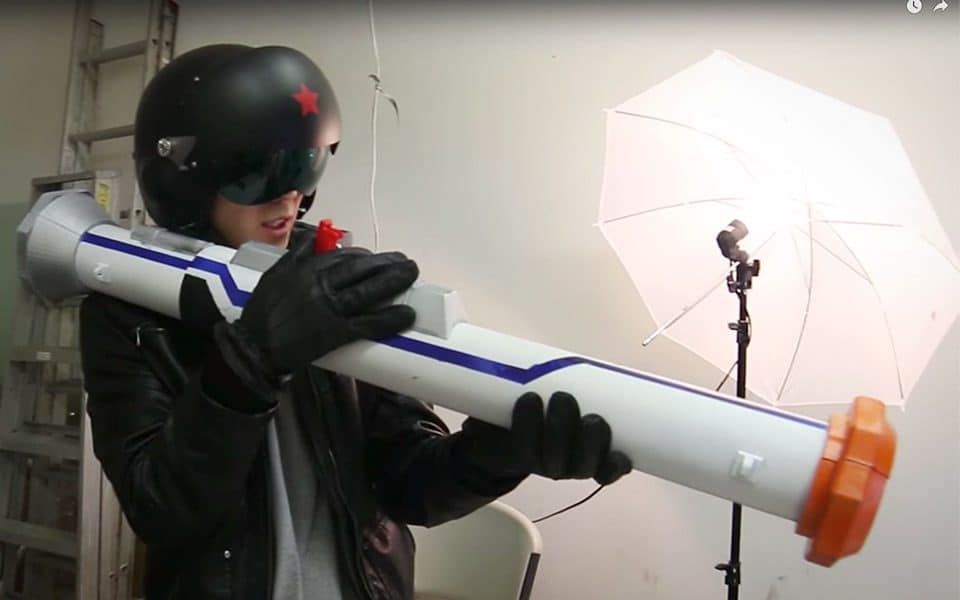 In the video description, the duo shared:

“The R&D team presents their version of the widely adored foam toys: a creation neither soft nor foamy, but instead a harbinger of ruin and desolation! That’s right! It’s a real, functioning NERF rocket launcher.”

The features are quite impressive. 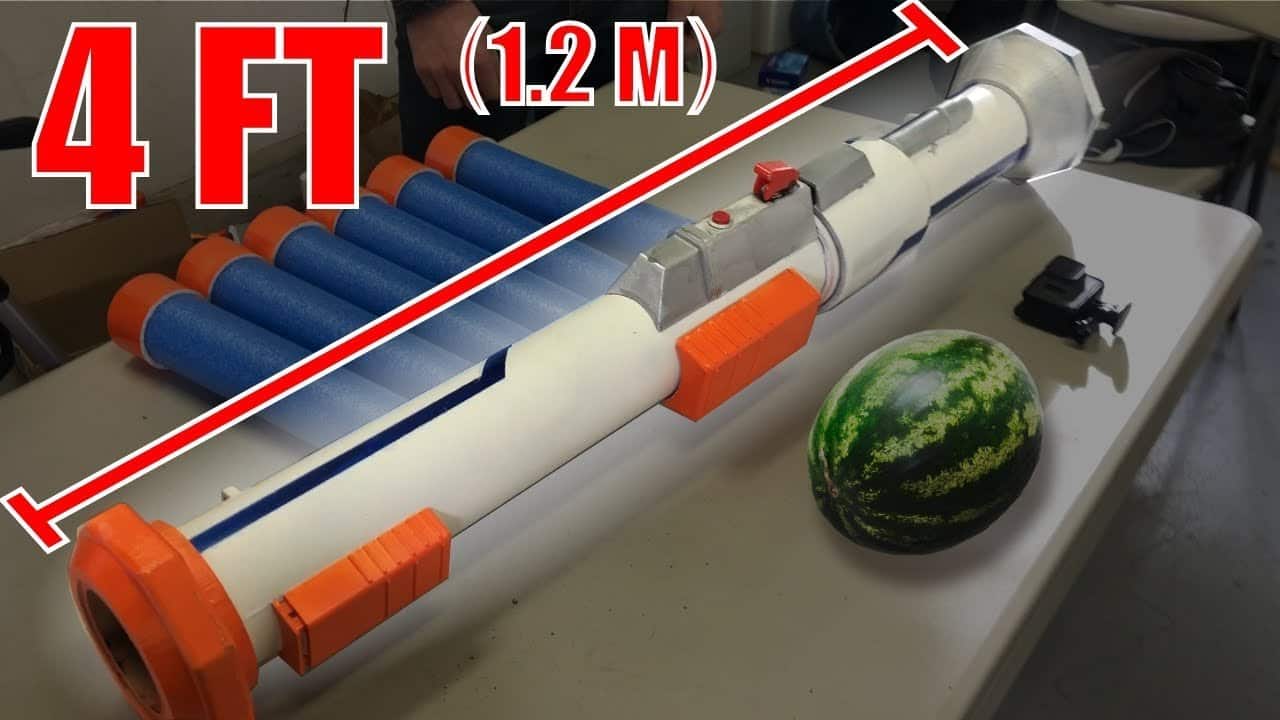 Aside from its gorgeous 3D-printed details, Ryan & David’s badass rocket launcher measures 4 feet and has a 2.5-inch diameter barrel. It also comes equipped with flip-up sights, a safety switch, and an electronic trigger button.

As far as the ammo goes, the creators used pool noodles and fashioned them after NERF’s foam Strongarm darts. So yeah, they look like gigantic versions of the real deal – but these ones definitely wouldn’t be painless if they hit you since the orange caps are made of PVC.

Simply put, it’s ready to cause serious destruction, as you can see in the video below. Just look at what happened to that poor watermelon! 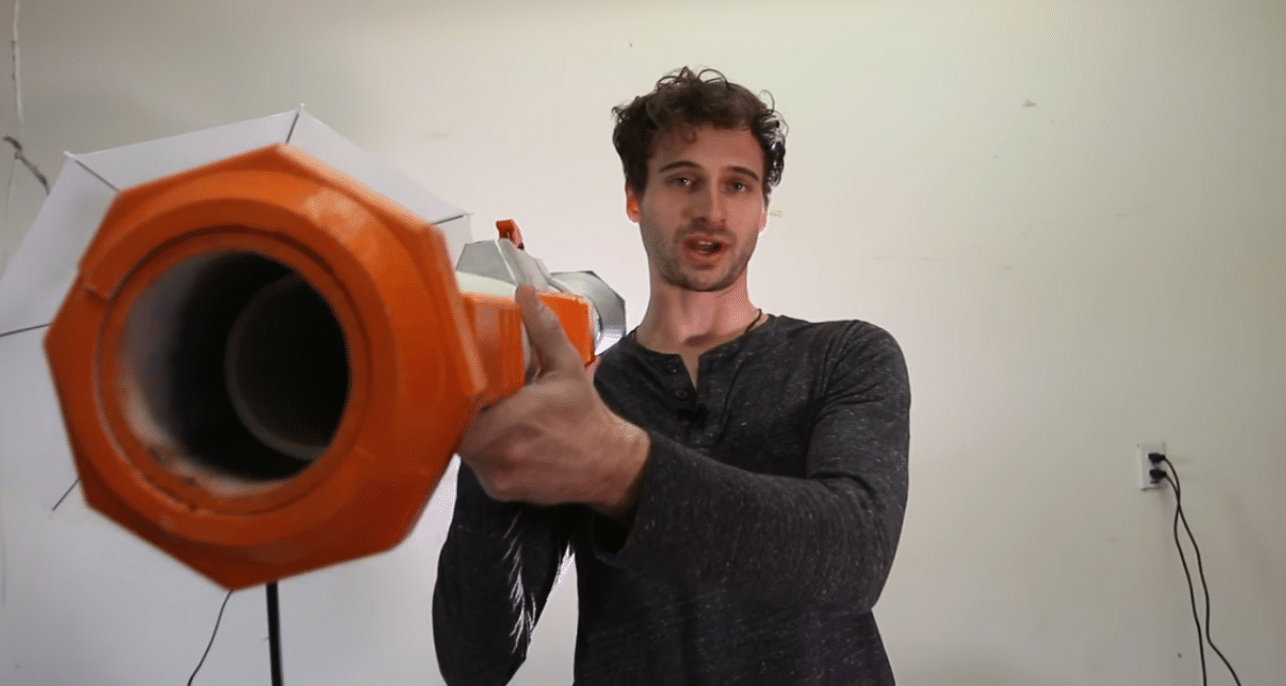 According to their YouTube page’s description, Ryan and David are “two lifelong engineers and tinkerers” who “yearn to create the bizarre contraptions which exist in our imaginations. Eclectical Engineering allows us to bring that creative vision to reality by showcasing our eccentric DIY projects.”