A bizarre parade in Accra, the capital of Ghana, recently went viral after an array of ‘advanced’ military suits, vehicles and weapons were displayed to the general public. Photos and videos shared online by social media netizens have since attracted a lot of attention and reaction from people everywhere.

As you can see below, among those showcased during the event included a robot ‘walking tank,’ which, according to observers, bears a slight resemblance to those All Terrain Scout Transport (AT-ST) vehicles from space opera film Star Wars. 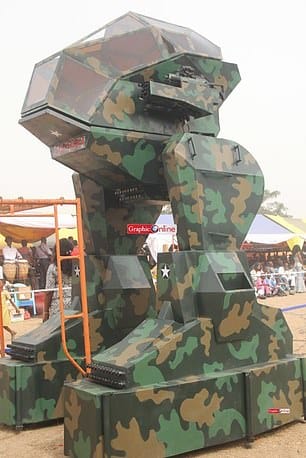 Aside from the tank, men wearing what seems to be military-colored exoskeleton suits, complete with backpacks, boots, helmets and visors, have been spotted as they walked the streets of Accra. 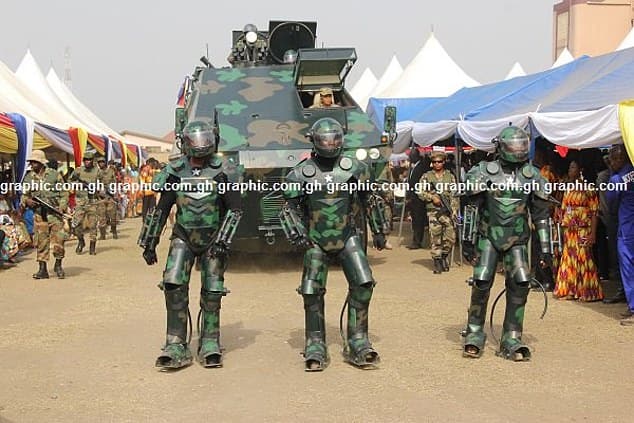 Robocop or Halo’s Master Chief, anyone?

Apparently, the parade was a product launch by manufacturer Kantanka and it was a part of a local exhibition with the theme “Advancing the frontiers of science, creativity and technology through religion to transform society.” 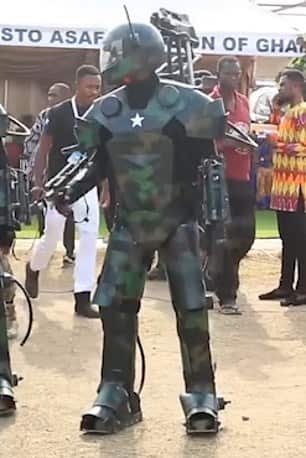 Although the firm has mentioned that the exo suits were “manufactured locally,” no details were provided about their features. And so far, we are left guessing about whether or not Kantanka is officially connected with the military of Ghana.

This is despite the fact that members of the Ghana parliament and Ashanti kingdom’s traditional ruler were spotted in attendance during the said event. 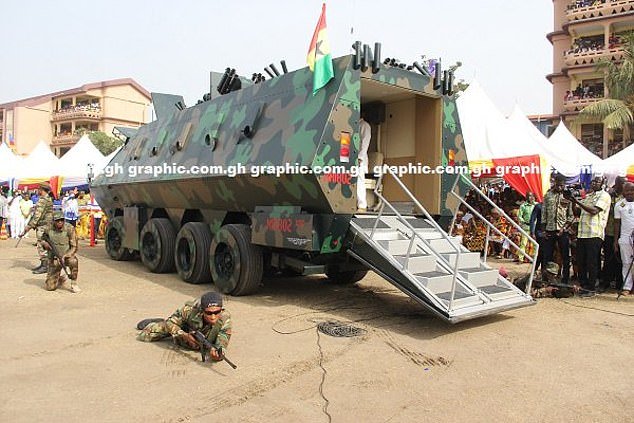 While footage and images from the parade only went viral on social media recently, Ghana’s state-owned news source Graphic Online reported that the event took place in December 30, 2018.

Well what do you think of Ghana’s military tech, people? Do they look fairly impressive or pretty crappy? Tell us what you think about it by leaving a comment below!