If one is looking for a fast ride on two wheels, a motorcycle is the sensible choice. It has an engine so you don’t have to pedal to go to places. For those who want it faster, there are motorcycles with jet engines, although those are not approved for everyday use on the road. Remember Batman’s Batpod? When it made an appearance in the movie, we all wanted to have one. Yes, dream on.

So why do some people put jet engines on bicycles? It doesn’t really make sense, since you can just ride a motorcycle if you want speed. But for people like Igor Negoda, who created this cool bike, it’s the high you get out of creating something that’s just totally awesome.

All for the love of invention, that’s why. 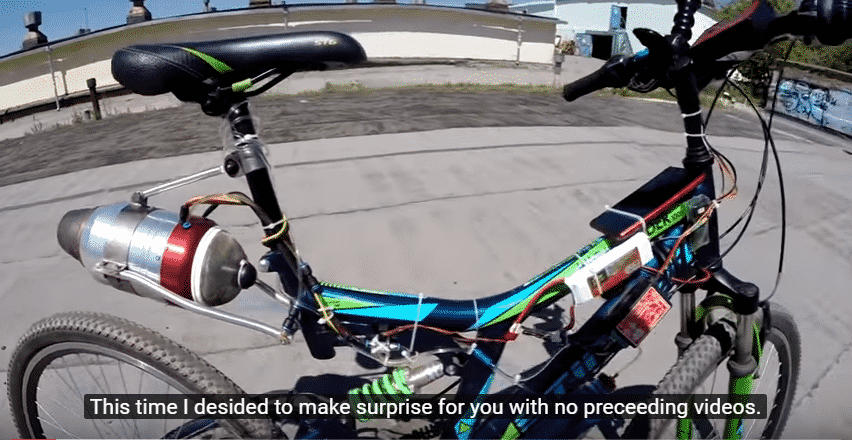 See, the Russian engineer found a turbine by chance and bought it using his own cash and some donated money. He decided to create just one video to show off his creation, unlike other inventors who shoot a series of videos and showing the invention from its creation phase to its testing. He shot his own video when the modified bike was already totally finished and functional.

So what is the finished product?

A standard cheap bike outfitted with a GPS (to track speed), throttle knob (to increase or decrease thrust), and place monitor (to control engine RPM and temperature). 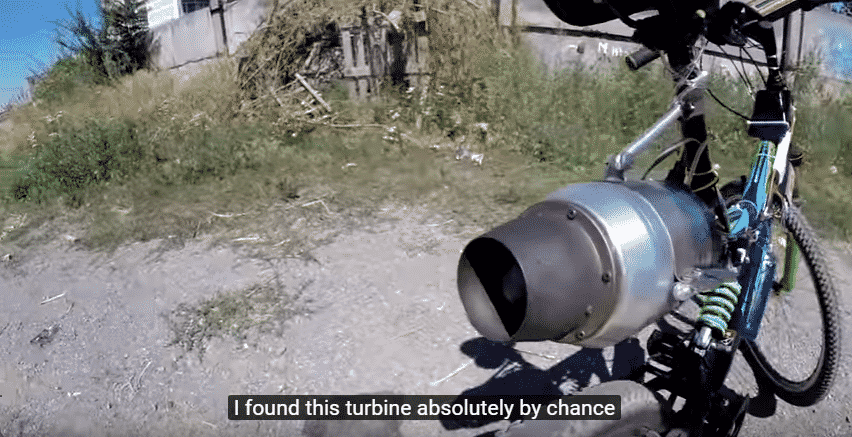 The first test showed him starting the bike by punching controls and waiting for the impeller to run; smoke soon appeared and the insides are starting to burn. A loud grumble emanated from the engine as it starts to flame up. When it reached 622 degrees, he shut off the engine and allowed it to cool down.

He also showed the rest of the bike’s parts: a pump with valves and connectors, consumption tank, and batteries. The fuel tank is not installed on the bike; he put it in his backpack.

The second test showed Igor revving up the engine so it will rack up dust and clear the path of rocks. When this was done, he rode the bike around the small path to show its speed. The jet engine sound the bike made is just impressive!

Watch the video to see this awesome jet engine bike at work!