The new Nostradamus might be an adorable furry critter. A sweet Russian cat has been chosen to predict the outcome of the first game of the 2018 FIFA World Cup. It may seem hard to believe but the feline was spot on with his prediction.

Achilles is already a modern day prophet. After all, the cat correctly predicted most of the results in last year’s Confederate Cup in Russia. Nevertheless, people wondered if the adorable feline will manage to prophesy what would happen in this year’s World Cup opening game. Achilles had to choose between Russia and Saudi Arabia, and managed to predict the motherland’s stunning victory.

The psychic cat concentrates before making a prediction about the World Cup opening game. 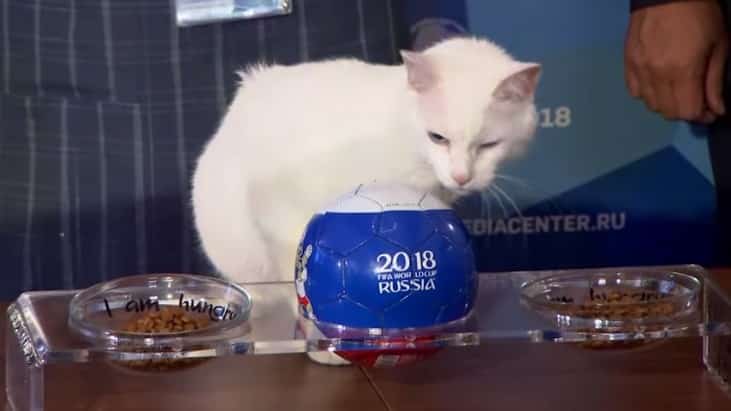 The deaf feline actually considered choosing Saudi Arabia, which was represented by the bowl on the left. 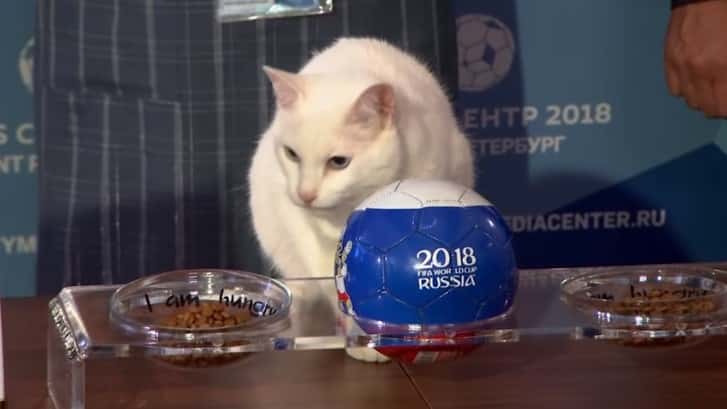 Achilles used a simple technique to make his World Cup prediction. The cat simply has to choose between two bowls of cat food that represent the teams. The furry prophet did not rush into his decision. He initially examined the bowl representing Saudi Arabia but did not touch the food.

The sweet feline did not waste time as he immediately made his World Cup prediction. Achilles quickly tucked into the bowl representing Russia as members of the press cheered on. Russia defeated Saudi Arabia with an amazing 5-0 victory during the tournament opener.

Achilles made his prediction, which may have inspired the Russian national team to give it their best during the first game of the 2018 FIFA World Cup. 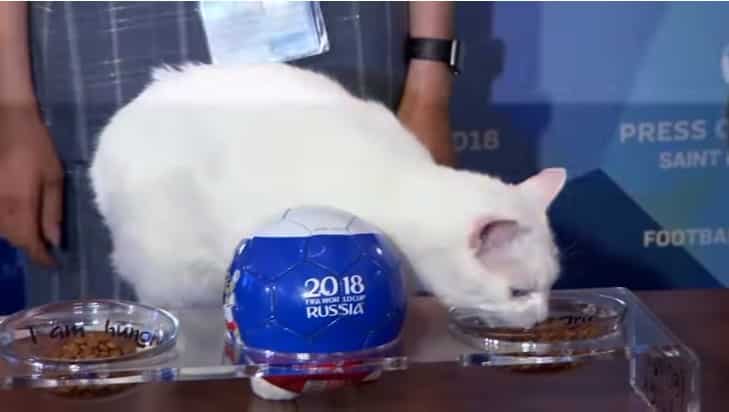 The feline proudly dons the Russian national team football shirt as he poses with his motherland’s flag. 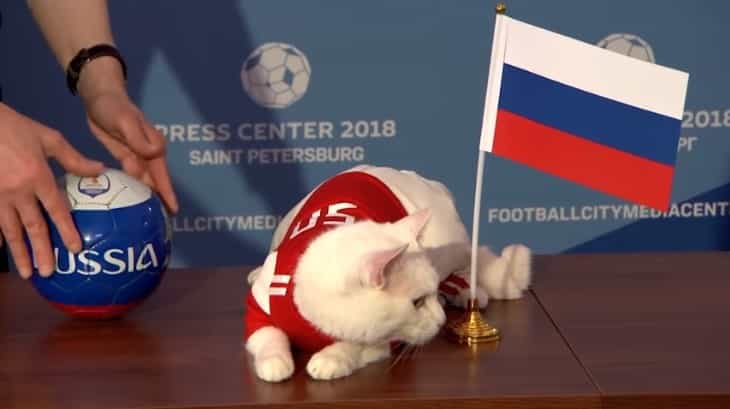 It certainly was an impressive World Cup prediction. However, Achilles’ veterinarian Anna Kondratevya also stated that the cat “loves his motherland and couldn’t vote otherwise.”

Achilles is certainly enjoying the good life. The sweet-tempered animal spends his days relaxing in the museum when he isn’t making predictions. It is still unclear if the psychic cat will be called on to prophesy the World Cup champion later this month.

See more of Achilles as he predicts the winners of the World Cup opening game below.