One lucky dog had a truly awesome day at the park. A young German Shepherd got to watch a Minor League Baseball game with her owner. In addition to that, the pooch got to play a game of fetch and made a new friend. She also went home with a ball and won the hearts of many fans.

The MLB team Tulsa Drillers recently had a Bark at the Park Night when they went up against the Northwest Arkansas Naturals. The event allows fans to bring their dogs to the field while the NWA infielders were warming up. One pooch noticed that the players were throwing a ball around. The excited German Shepherd immediately broke away from her owner and dashed to join the baseball players.

The German Shepherd didn’t care that the world was watching because she just wanted to play fetch. 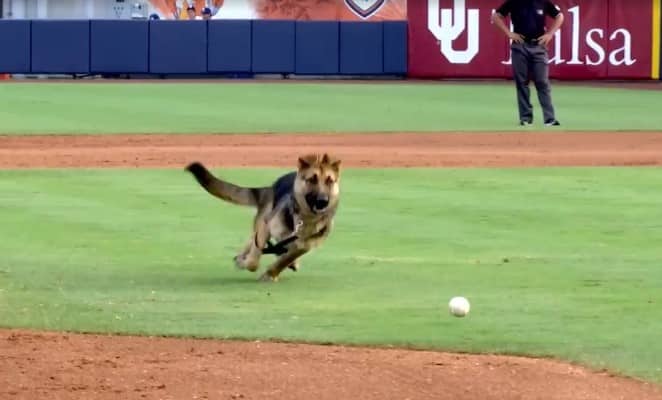 The dog clearly loved balls and couldn’t resist a possible game of fetch. NWA Naturals shortstop Nicky Lopez tossed the ball towards the foul line so the pooch would follow it out of the field. However, the German Shepherd immediately collected the ball and brought it back to him. Lopez quickly took hold of her leash so she could be led out of the baseball field.

Lopez admitted he loves dogs and that they obviously love him right back. 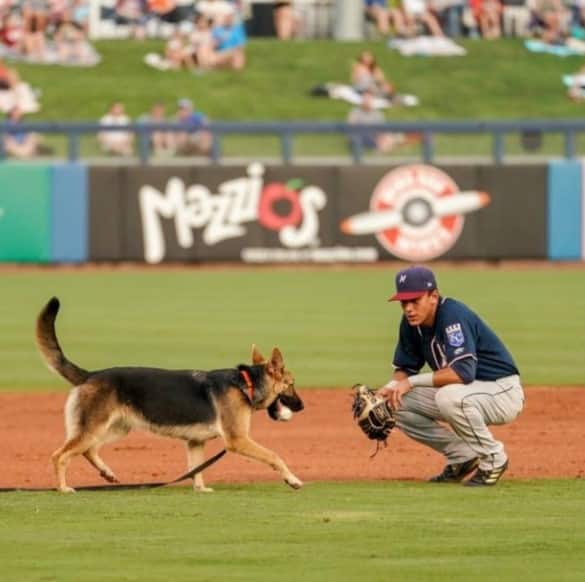 The MLB star player posted about his new pal after the game. 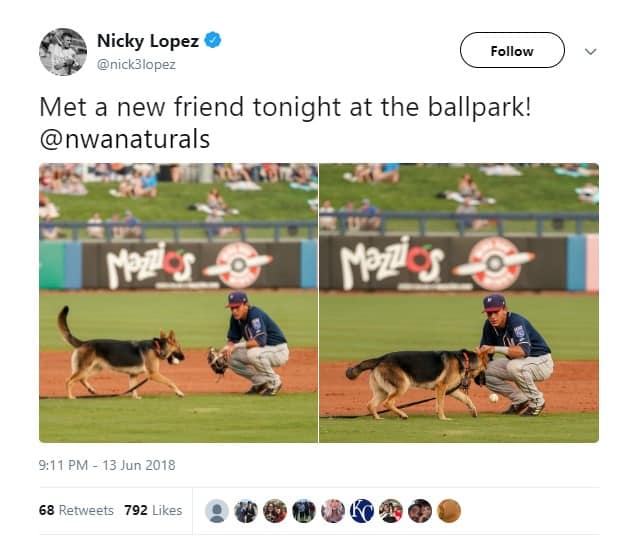 A budding friendship with a gifted baseball player is not the only thing the dog got that day. The ball she had caught was immediately presented to her owner, who revealed the pooch “got a ton of treats.”

Perhaps the impromptu game of fetch gave Lopez’s team some good luck. The NWA Naturals beat the Tulsa Drillers in an 8-6 win.

Watch the cutest game of fetch in the history of Minor League Baseball below.