We have varied opinions, and with the rise of social media, many individuals are freer to express their views on certain topics or issues online.

Nowadays, ordinary men and women rate, suggest, and give constructive (and not-so-constructive) criticisms on Facebook, Twitter, Instagram, and websites such as TripAdvisor. They would do so if they believe it could keep the public informed about the best and the worst places to go to. Many clients do rely on others’ experience because they wouldn’t want to waste their time and money if they can help it.

A restauranteur from England, however, refuses to accept negative reviews from customers who have visited his Mexican restaurant in Middlewich, Cheshire. Jason Tanfield, the owner of Chimichangos, replies to their comments on TripAdvisor and defends his business—even if it means calling those clients “liars” or being “just plain wrong.” 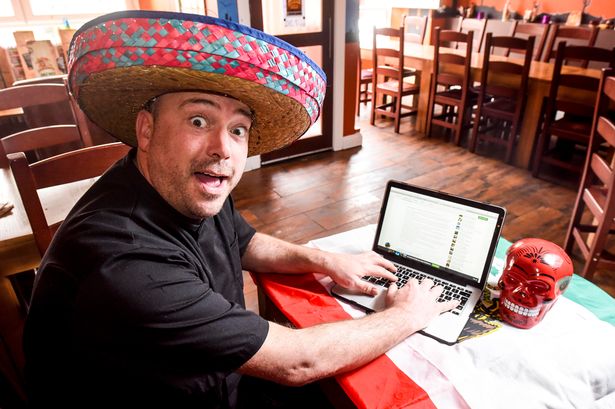 “I check TripAdvisor at least twice a day, and if I see a bad review, I have to reply to it. I take all the reviews personally, hence my replies.

“People think they’re Judith Chalmers all of a sudden, thanks to the internet everyone is suddenly a reviewer.

“You have to expect bad reviews in the restaurant business. People do reviews against Greggs . If there’s a reason to write a bad review, people will.

“Most of the reviews we get are really good, and we get some great feedback, but there will always be the odd one.

“I am passionate about what I do, and we all work hard to give people a good restaurant experience, so I always take the time to reply to people individually.”

Tanfield, who opened the award-winning restaurant four years ago, admits that he takes every bad review personally, and he can’t resist replying to justify any negative points made, the Mirror reports.

At one point, the 40-year-old boss advised a customer who wasn’t quite impressed with their chicken burrito to go to KFC instead. 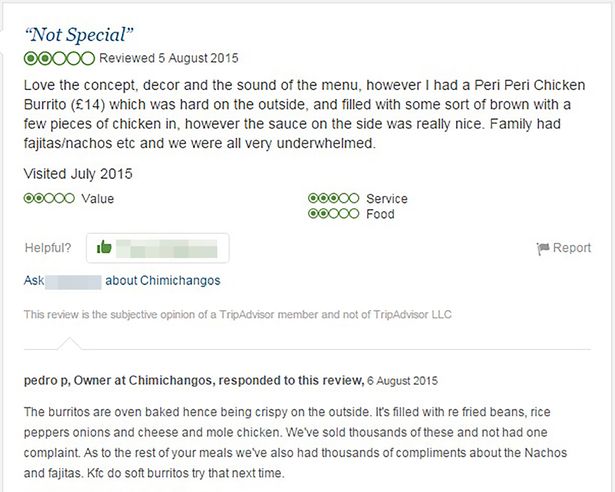 “I can accept criticism but I cannot accept when people SPOUT their mouth off about things they are WRONG about. WHY YOU LYING FOR.

“That’s why businesses go out of business because of people like you thinking they’re Gordon Ramsey when in theory they just sit in the restaurant and when the staff says is everything OK, they just say yes lovely thanks – instead of rectifying at the time, then wait until they get home and out comes Gordon Ramsay the keyboard warrior,” he stated. 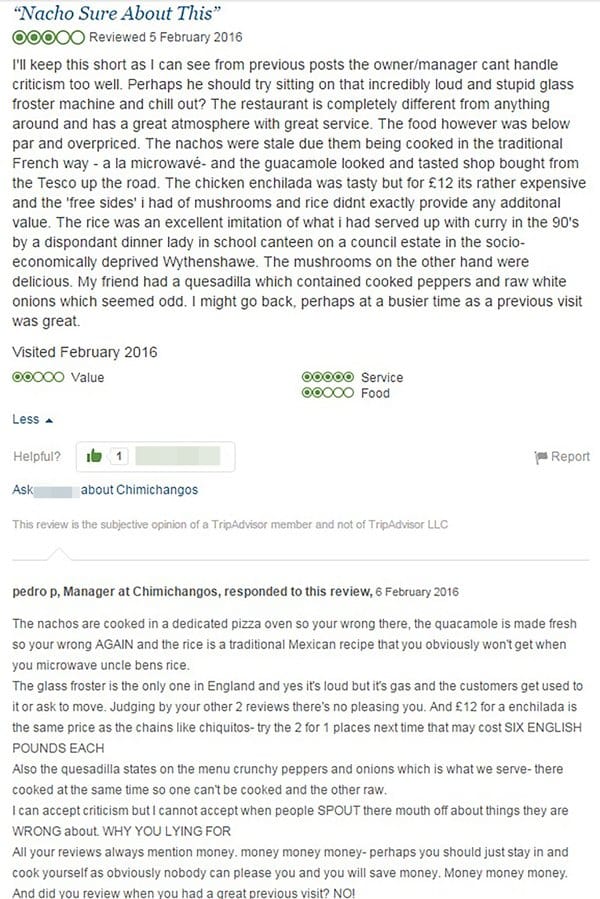 He also defends his staff. When a client wrote a comment on TripAdvisor about rude staff, he replied, “The staff are not rude it’s your fault.” 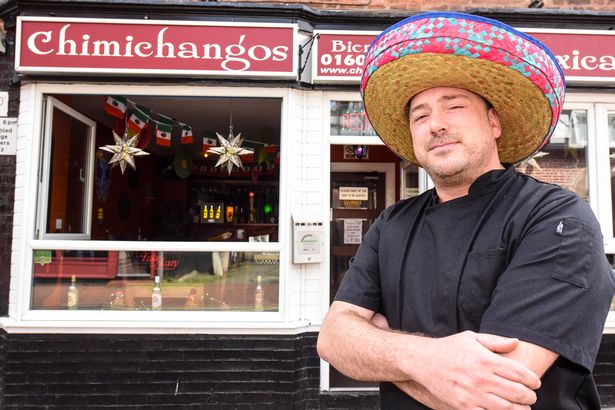 Most customers give the restaurant five-star ratings and leave positive comments such as “simply fantastic” and “outstanding”. But to those who complained, well, let’s just say he’s not afraid of giving a fiery response.

When a client complained that their evening was ruined by loud music, Tanfield suggested that they should “eat out at a ‘nanna style restaurant’ where there’s pan pipe music playing and glitter falls from the sky.”

To a client who gave his restaurant four stars because of a “severe lack of maracas” he replied:

However, Tanfield claims that he takes the comments seriously as long as there’s a real issue.

“I try to understand the problem first. I don’t just spout off the first thing that comes into my head.

“If there’s a reason I take it on the chin. We had some customers who complained about the music.

“It’s not the kind of place you come with your friends from book club. It’s a lively place with loud music, so I replied to their review.

“We get between four and five reviews a week and most of them are great. I always try to reply when I can.

“I do think TripAdvisor is good because it’s a good thing because in the old days it was pot luck.

“You’d go into a restaurant and see if it’s clean and relies on word of mouth. Now people can make an informed choice about which restaurants to go to.”