Ellicott City's location makes it vulnerable to a flash flood. 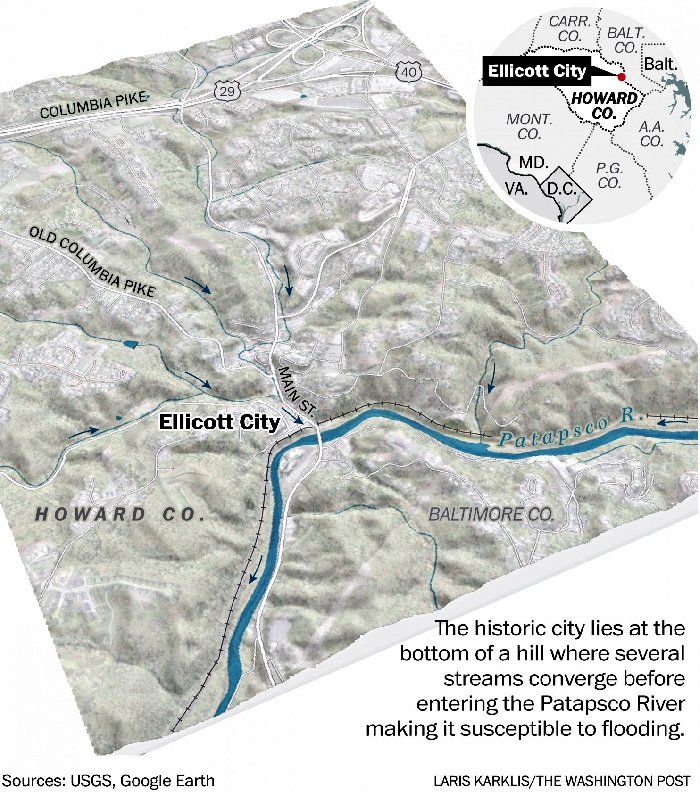 Jeff Halverson in The Washington Post pointed out that Ellicott City is highly vulnerable to a flash flood, as it is “an urbanized strip along the bottom of a deep valley through which the Patapsco River flows.”

In fact, the place has experienced some serious flooding throughout the years. One of the more recent ones happened a decade ago — the Great Mid-Atlantic Flood of June 2006.

Weather experts were shocked to note that six and a half inches of rain was dumped on Ellicott City in about two hours that day. This led to a deluge expected to occur only once every thousand years. In fact, the National Weather Service referred to it as “an off-the-charts thousand-year rainfall event.”

Amid the flooding that ensued, there were 120 swift-water rescues, around 170 ruined cars, damaged establishments, and wrecked streets. Two people also lost their lives during the flood.

One woman who got trapped in her car in the middle of the flood could have lost her life, too. Fortunately for her, there were passers-by who didn’t hesitate to help her out. They saw her car floating on Ellicott City’s Main Street and immediately helped her out.

The car was being pushed back by the water. 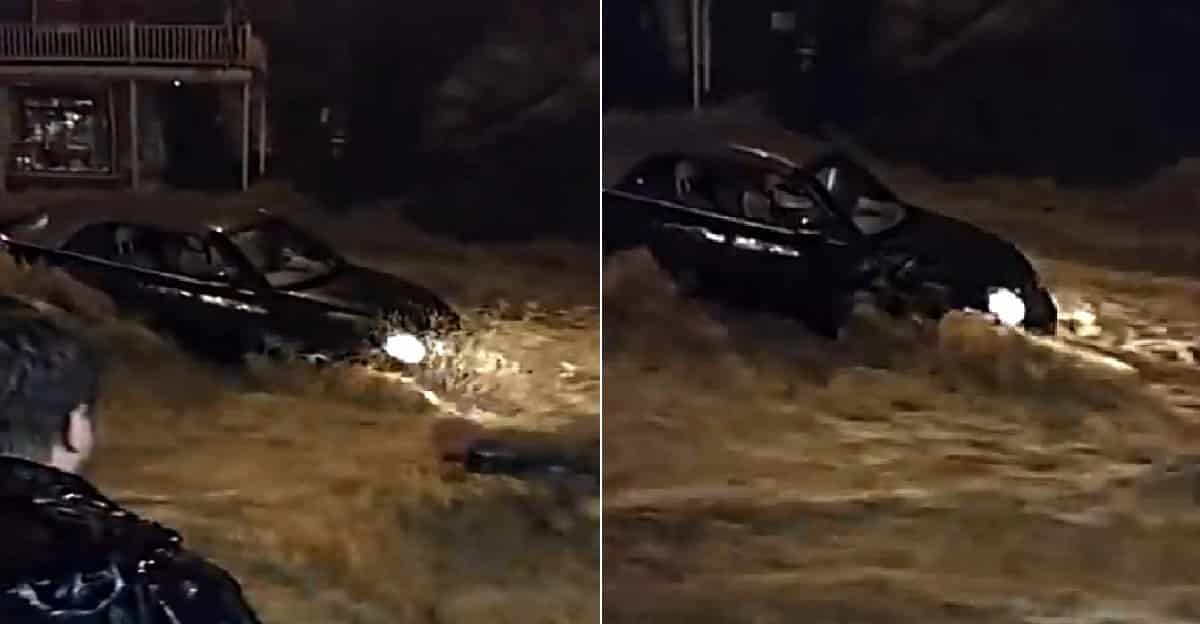 The passers-by form a human chain. 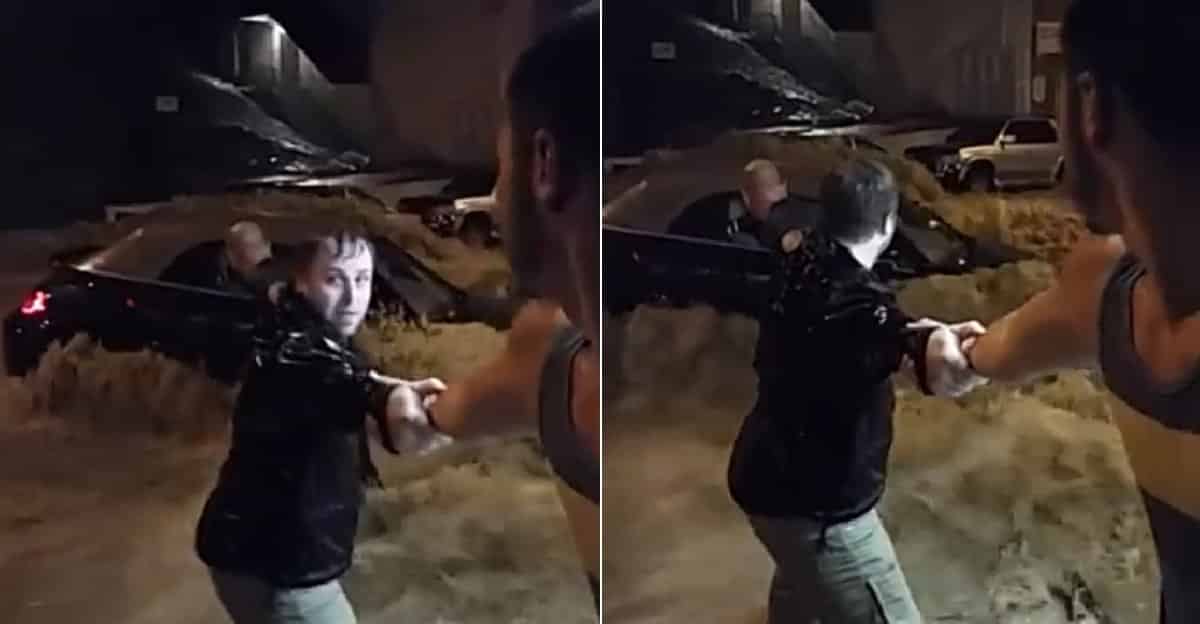 The woman had been trapped in her car. 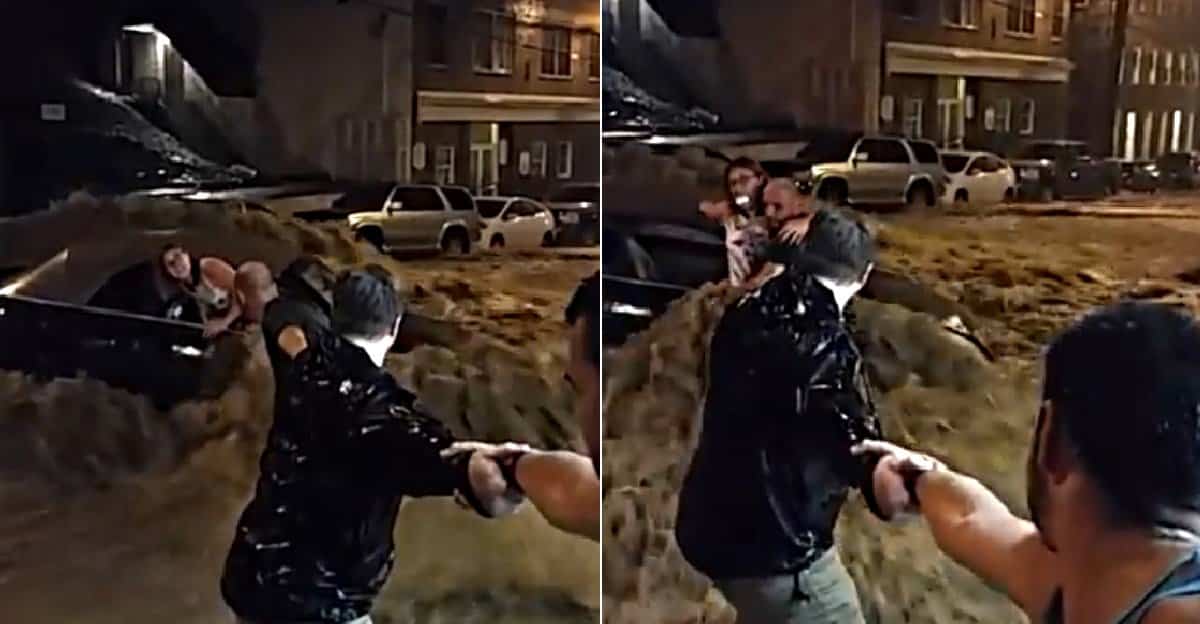 A video clip of the daring rescue, which runs for two minutes and 10 seconds, shows how the woman was extracted from her car. It was not an easy thing to do.

The car with the woman trapped inside had been floating along Main Street.

As you can see, the well-meaning passers-by didn’t have any equipment for it. They only had their selflessness and their wits going for them.

The amazing rescue is just one reminder of just how bad it got for Ellicott City residents that fateful night. It’s a story of survival and community spirit that will help them rebuild what they had lost in the flood.