Priest Light Monyeki is from Soshaguve, South Africa. And it seems to be his calling to show his followers that he and those who believe in his teachings were superhumans able to ward off death.

During the High Place Conference, which is also referred to as his “Supernatural Service,” Monyeki proclaimed that they must not fear death, as they will not die. He then started pouring Rattax (a popular rat poison) into a bottle of water, which he then urged his believers to drink.

This is Priest Light Monyeki, a non-believer in the power of rat poison. 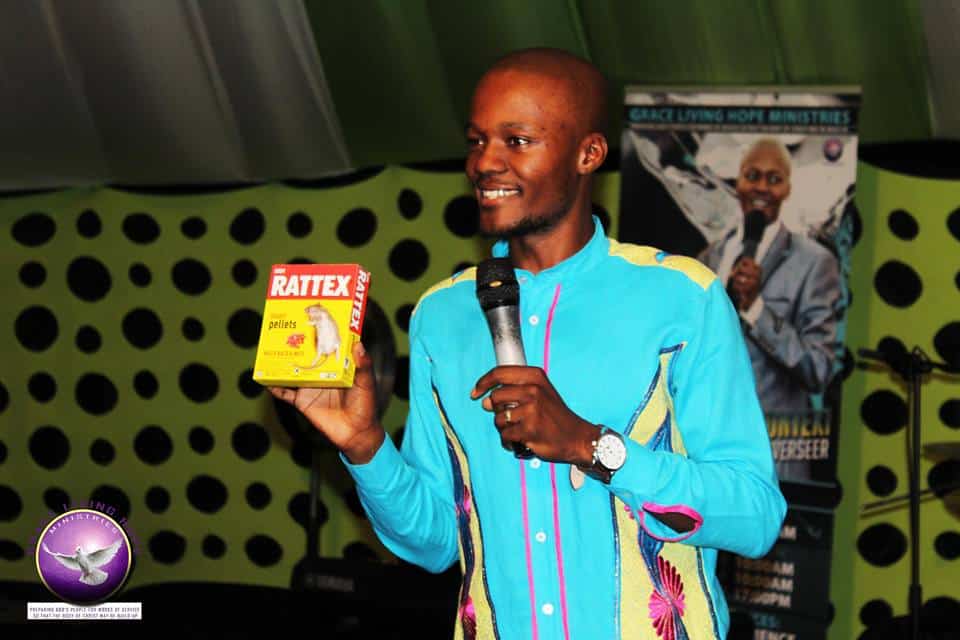 We do not need to proclaim faith because we are believers. Death has no power over us.

Monyeki put some rat poison into a water bottle and then challenged his believers to drink from the poisoned water. 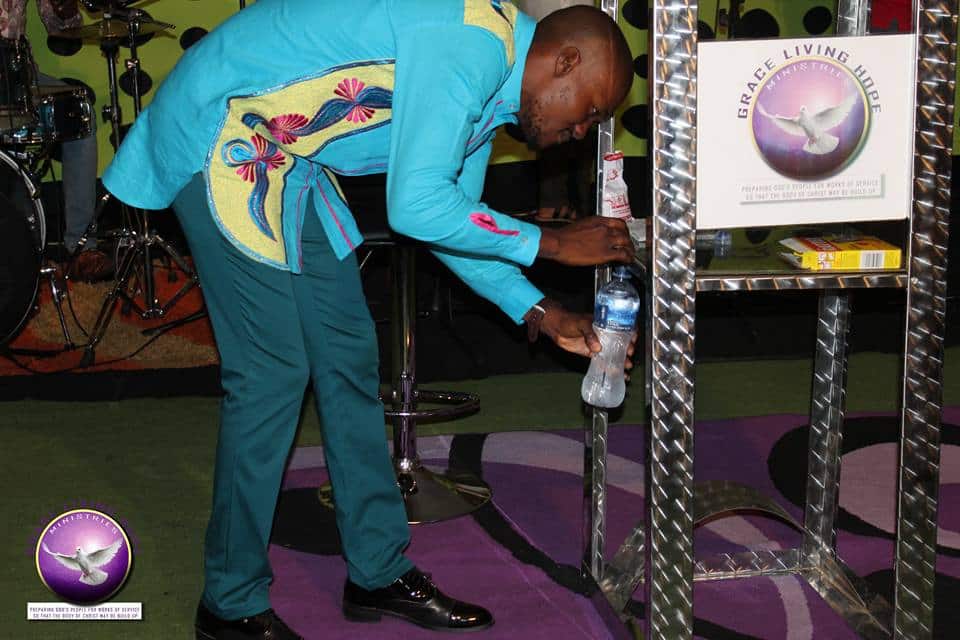 Monyeki then took a swig from the bottle of poisoned water. And with the power of belief and the absolute faith they had in Monyeki, many followers ran forward to take a drink as well.

The congregation, in their absolute faith in Monyeki, rushed forward to drink the poison. 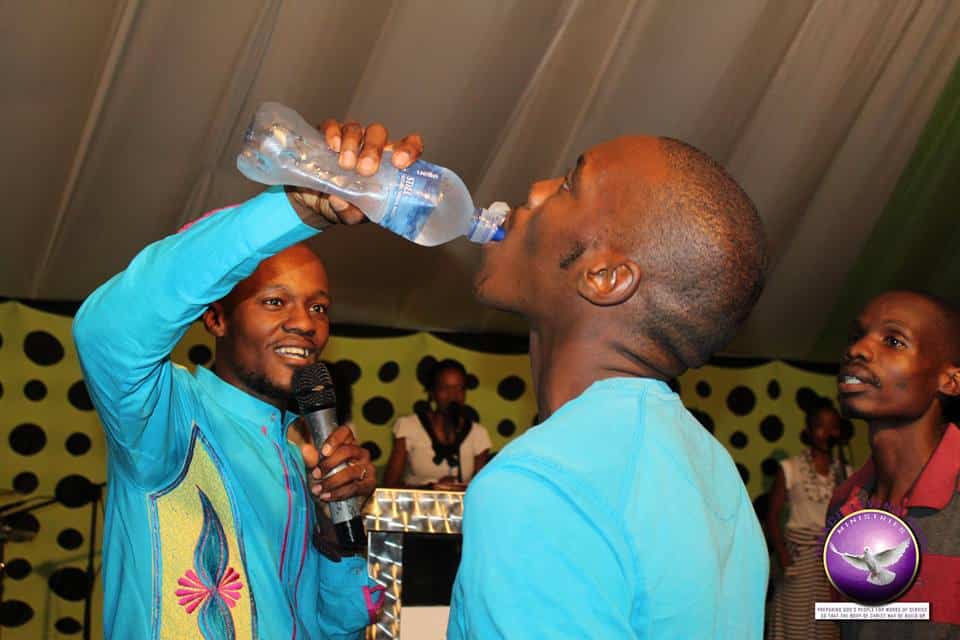 Many of them were enthralled by the idea that they could defy death. 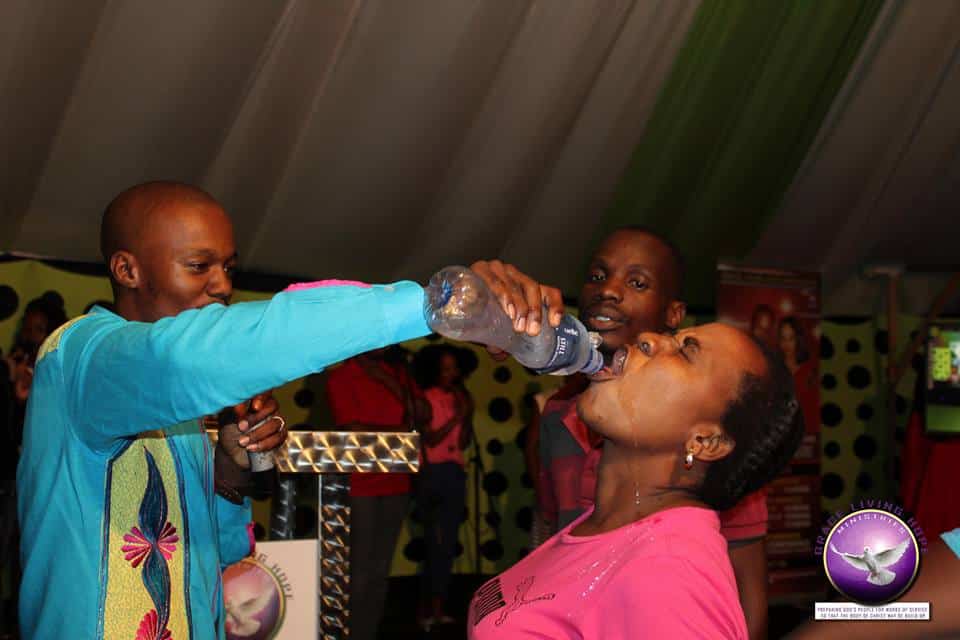 Predictably enough, in the evening, many members of the congregation started to complain of stomach pains, and later 5 of them were declared to be dead. 13 more of the member of the congregation were taken to the hospital for ingesting Monyeki’s rat poison cocktail.

Monyeki, however, refused to take the blame for the horrific effects of what he did. Instead, all he had to say was,

Too much of any good thing could be bad.

We’re guessing that by “good thing” he’s referring to the ability to escape from death.

The incident has sparked an investigation, though no arrests have been made. Sadly, it looks like Monyeki may walk away a free man as the people who died or became sick from the rat poison were the ones who willingly ingested the concoction!

Now, this reminds me of that controversial Pastor who ‘Heals’ HIV and Cancer patients by spraying them with insecticide. 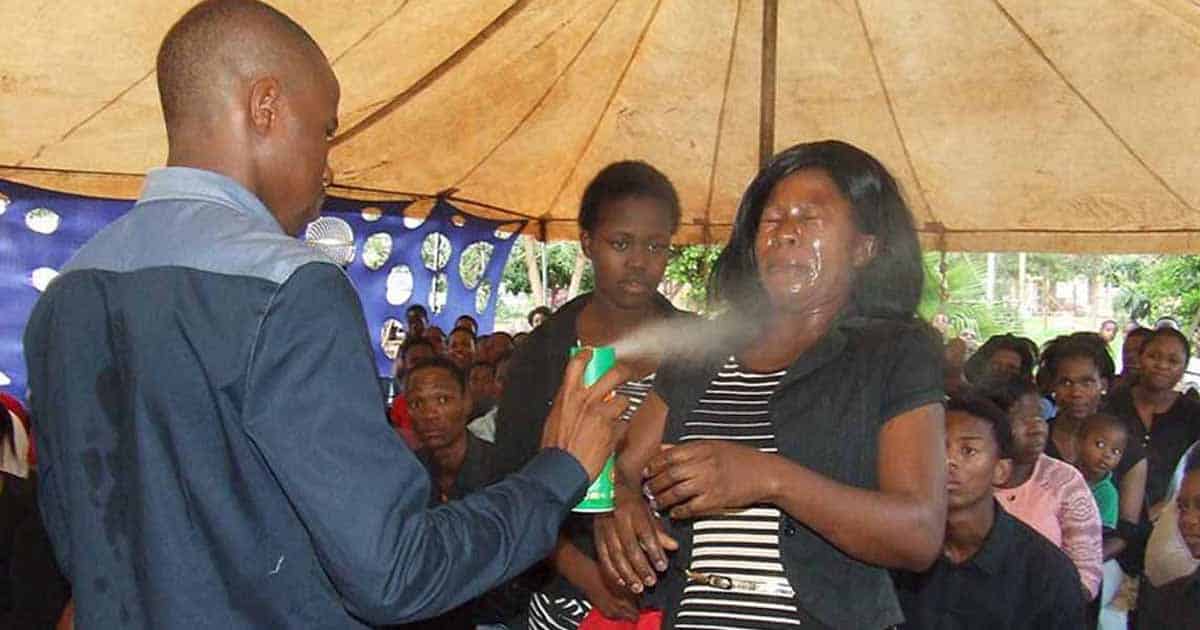