The eruption of Mouth Vesuvius in 79 AD remains to be one of the worst natural disasters ever based on body count and extent of destruction. The eruption was known to be of biblical proportions, totally destroying the cities of Pompeii and Herculaneum in Italy. Pompeii was wiped out within the next 25 hours.

The main reason for the horrifying death toll is that during that time, no one was aware that Vesuvius was an active volcano so all were caught by surprise when it suddenly erupted after centuries of dormancy.

Recently, photos of bodies that became preserved due to the eruption surfaced online and one can get an idea how the end must have looked and felt like for the doomed residents. 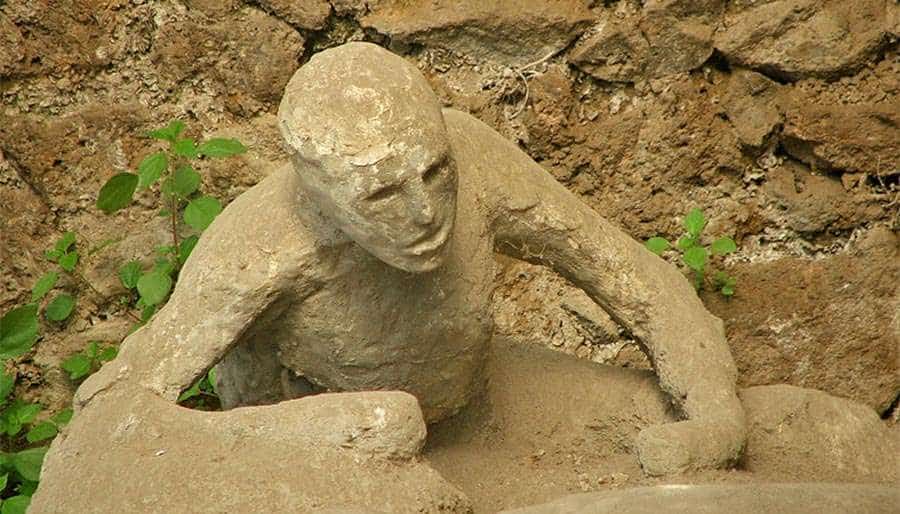 But one particular photo quickly became viral because of NSFW reasons. While the other bodies were preserved in positions as one may expect from people who know they are about to die (hugging each other or cowered in fear and resignation), this man seemed to have taken a different approach when facing his doom.

Judging from the picture, the man may have been ‘polishing his staff’ during his last minute. 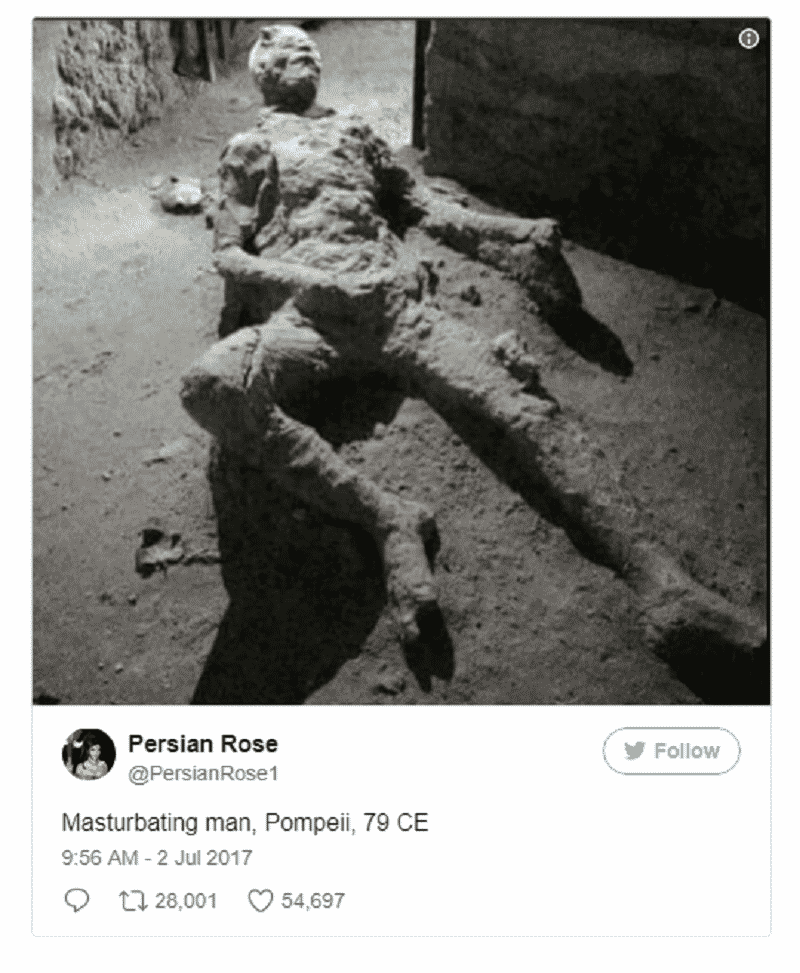 He was lying on his back and his right hand was holding on to his crotch area. Netizens speculated that the man, confronted with his imminent death, decided to spend his last moments cranking one last out before he faces Pluto in the Underworld.

The tweets regarding the photo were just hilarious!

The dude was just one of the 1,000 bodies found in and around Pompeii. What actually killed them was still unclear; there are some who perished from collapsing structures or rocks spewed by the volcano, while some may have incinerated by hot gas or just suffocated.

Of course, Italy is now more prepared to handle another eruption, if it happens. Geologists and volcanologists are regularly monitoring the infamous volcano and the government has an evacuation plan in place which involves clearing out the red zone (the populated area that will be most affected by the eruption) 72 hours ahead of eruption.