Nature can truly be amazing. A prehistoric praying mantis was trapped in amber around 30 million years ago. However, the ancient predator looks like it could have been catching flies just yesterday.

The praying mantis, which may have been an ancestor of the Mantidae family, is frozen in Dominican amber. The little insect was sold by Heritage Auctions for $6,000 in 2016. Luckily, we can still see the stunning image of the ancient critter that once preyed on other insects during the time of the dinosaurs.

Here’s a glimpse of what a modern-day praying mantis looks like. 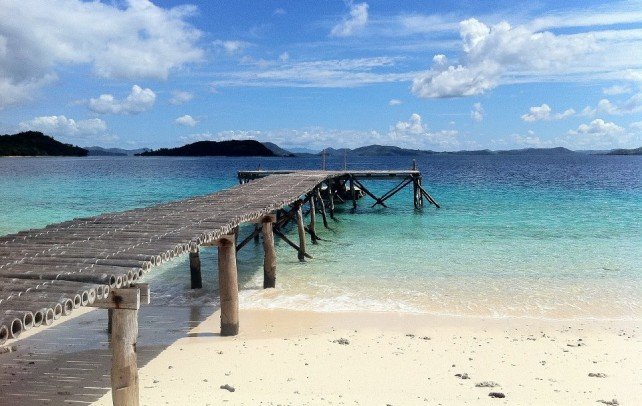 Now take a look at its 30 million-year-old ancestor that actually looks like its younger brother. 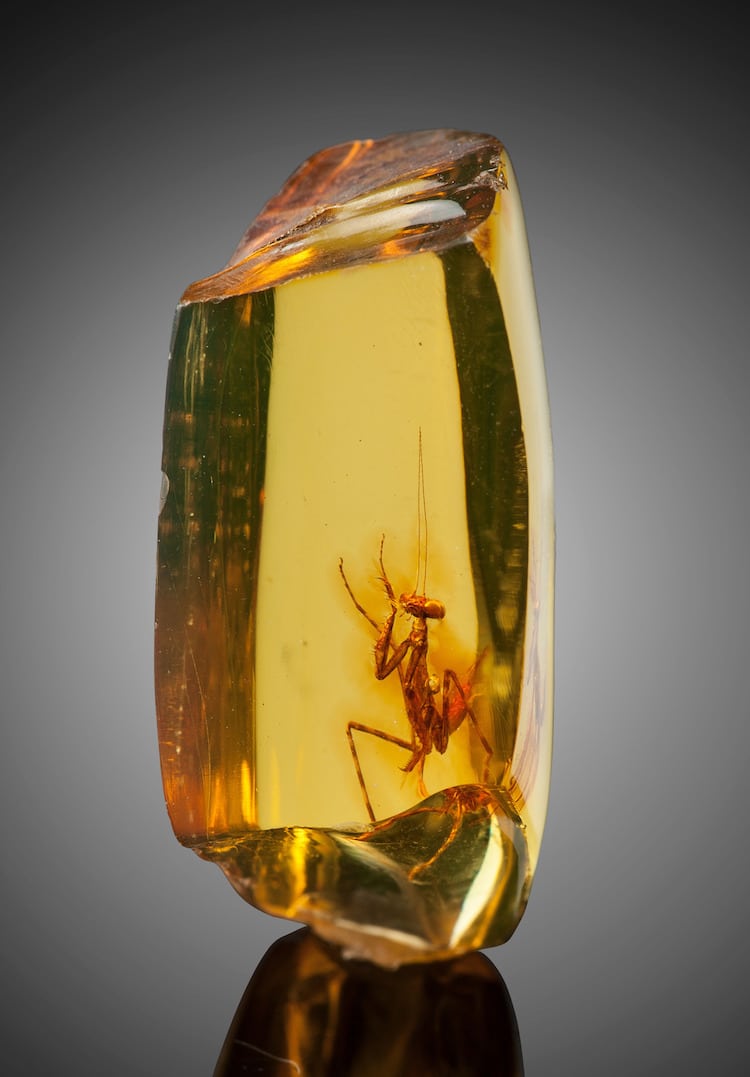 The piece is truly remarkable for the amber’s clarity. Dominican amber is noted for its glass-like appearance so you can clearly see what it has captured millions of years ago. Heritage Auctions has a fitting description for the piece.

“The insect with the unique characteristics is poetically singular in the otherwise pristine fossil remnant. A close-up photo of the bug gives further insight into this entombed mantis. This is a tiny specimen with a major inclusion.”

The prehistoric mantis clearly has the same features as its descendants. 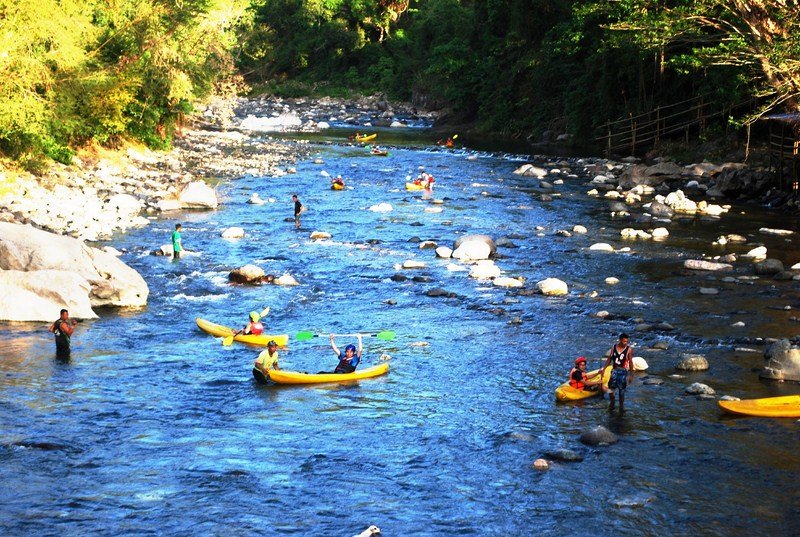 Dominican amber is resin from the extinct Hymenaea protera, a leguminous tree that thrived during the Paleogene Period. The piece has been dated back to the Oligocene, which was between 33.9 million to 23 million years ago. This means the praying mantis was already hunting on its fellow insects during this period.

The amber’s clarity and specimen’s impeccable pose makes this a truly unique piece. 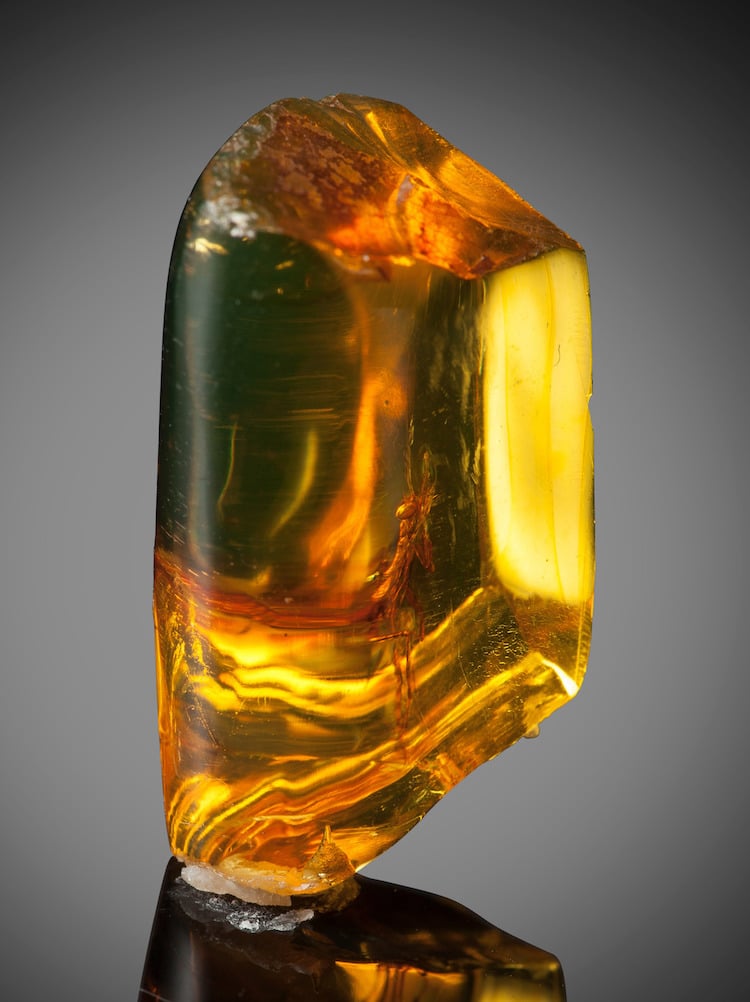 It might look larger than life, but the mantis is actually less than an inch long. The entire piece measures at 1.18 inches high and 0.52 inches wide.

Nevertheless, there is little doubt that it is a voracious predator like its descendants.

There have been other praying mantis specimens unearthed that are over 100 million years old. 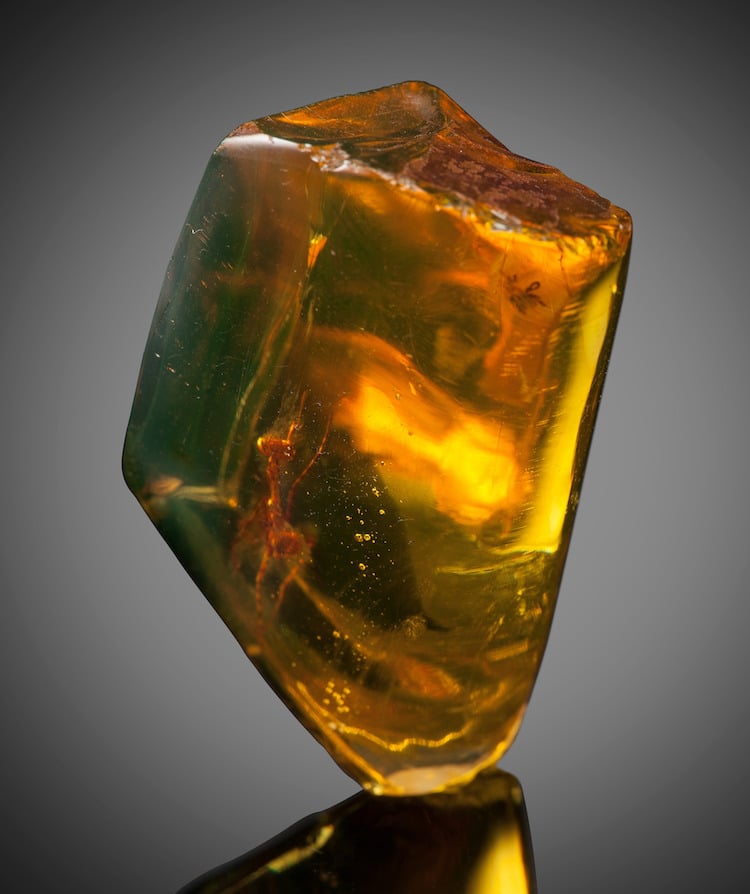 The piece might actually contain one of the oldest mantis specimens preserved in amber. A 12 mm praying mantis surrounded by its prey was previously found in Colombia. However, the piece was only dated between the Pliocene to Pleistocene period, which is between 5 to 2.5 million years ago.