Scientists have discovered a prehistoric hell ant that mimics a vampire because it has a metal horn that sucks blood from its enemies. The metal-infused horn can puncture and suck the blood from other insects.

A team of researchers from the New Jersey Institute of Technology have revealed a new creature they found, which dates back to about 99 million years.

The specimen was found in an amber mined in Myanmar. 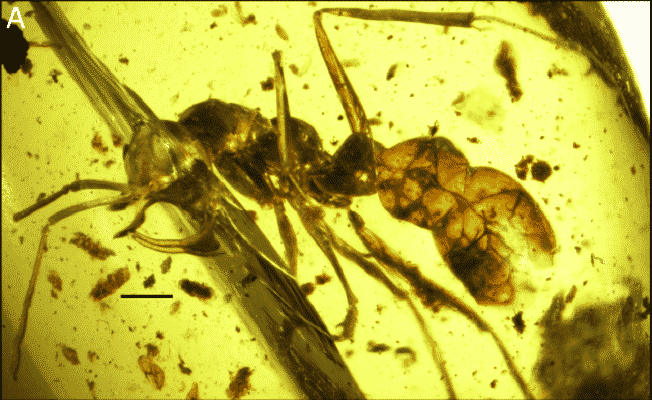 In the study published in the journal Systematic Entomology, the newly discovered prehistory “hell ant” had an anatomy that lived up to its ferocious name, with a lethal metal feeding weapon.

It's used as to drink the blood from its prey. 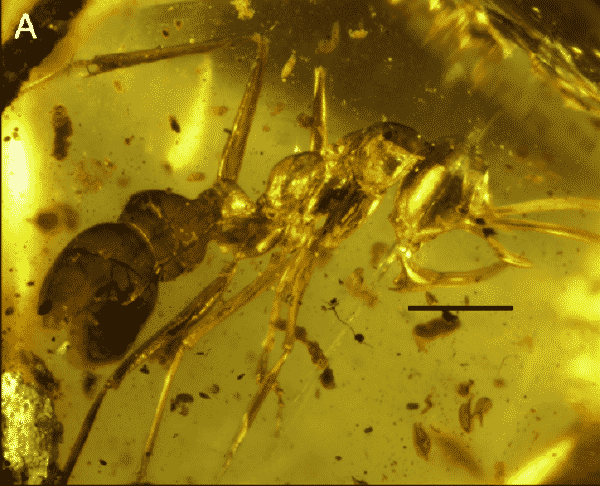 These insects have long been extinct. However, an amber specimen has shown surprising results of the details of this insect’s anatomy, including a metal component in its jaws.

The discovered species, the Linguamyrmex vladi, belongs to a group called haidomyrmecines or “hell ants” that lived during the Cretaceous period. They have strange and vertically-moving jaws.

The researchers added that these ants were not like modern ants. 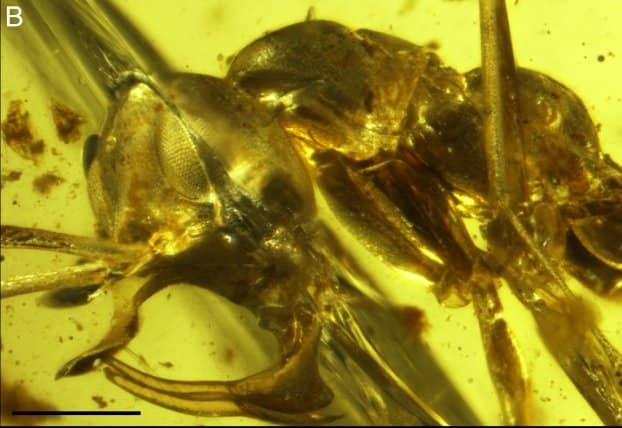 They were able to hunt and defend themselves from their enemies.

To compare, this is the mandible of a modern ant. 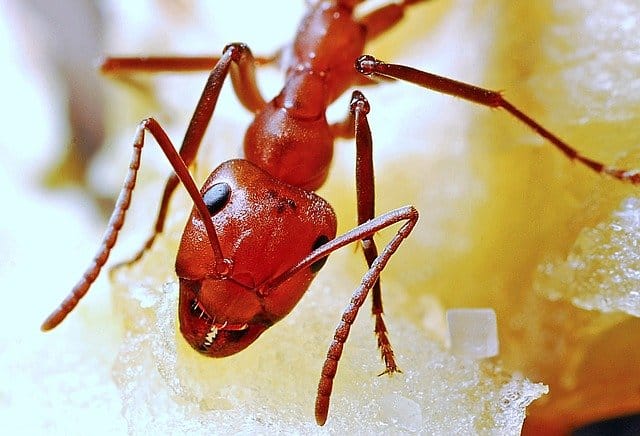 The discovery could pave the way to experts understanding prehistoric insects more and how they evolved through time.

“The paddle-horn does appear to contain either increased density or metal reinforcement, as suggested by X-ray imaging.”

“As the mandibles would snap closed to capture prey, the reinforcement would prevent the scythe-like mandibles from damaging the paddle-like horn.”

More research on the species is needed to understand these insects further. The exact cause of this species’ extinction is still unclear. However, it is important to note that “hell ants” have been found in three different fossil deposits across the globe – France, Canada and now in Myanmar.

This suggests that the species had been widely distributed for at least 20 million years or so.