Like many other postal workers, Joseph Cassidy encounters some challenges when he delivers letters and parcels. Cassidy — who works for the U.S. Postal Service in Syracuse, New York — faced an animal-related challenged whenever he dropped off something at one of the houses in his delivery route.

Most postal workers encounter overenthusiastic dogs that knock them down or end up drooling all over them. Some dogs are also very protective and bark their hearts out at the approach of postal workers.

Cassidy, however, does not have a problem with a dog. His nemesis is a cat.

The cat senses his “enemy.” 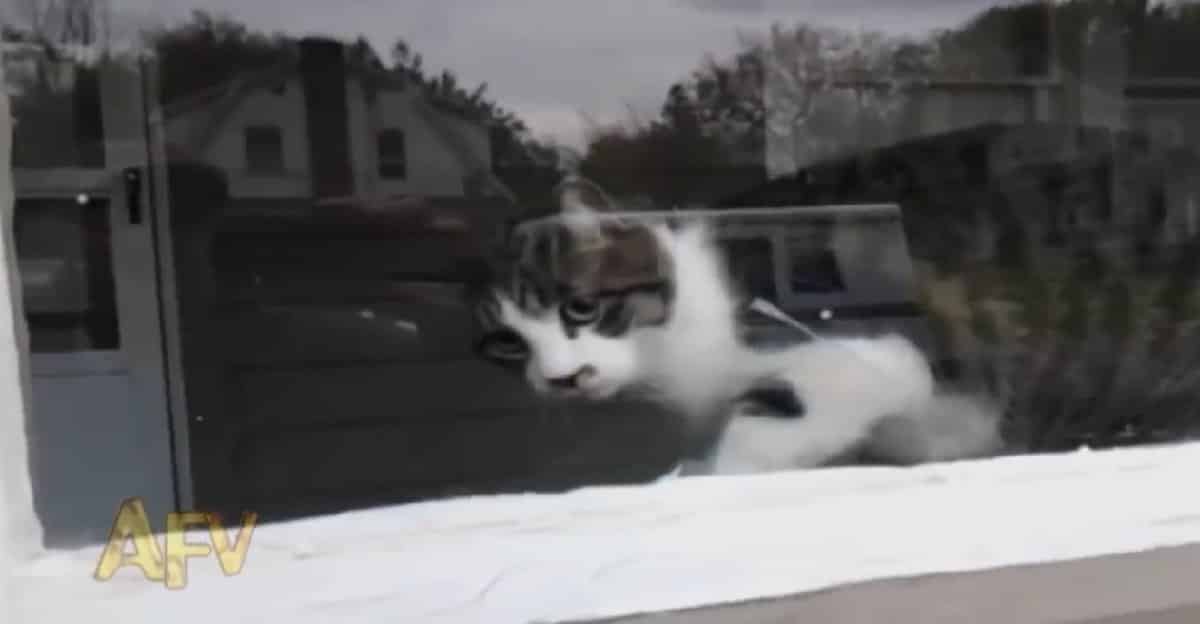 Now, don’t get us wrong. We know that cats can be very sweet and charming creatures. They may have a reputation for preferring to live a solitary existence, but when they’re comfortable enough with a person, then they display their gentler side. They can be totally adorable if they want to.

However, the cat that Cassidy encounters doesn’t seem to like him. Despite his many visits to the home, the cat still regards him as some sort of invader.

Cassidy’s long-running battle with the cat has become quite an event in the neighborhood. In fact, a couple of years ago, he took a video of what the cat did to the mail that he would slide into the mail slot of the house where the cat lived.

The cat as the “Mail Slot Menace.”

Cassidy submitted a video of his battle with the cat to America’s Funniest Home Videos. For his troubles with the grumpy cat, Cassidy’s video was picked to win the prize amounting to $10,000.

Cassidy had nicknamed the cat as the “Mail Slot Menace.” When you watch the video and see for yourself the extent of the cat’s hostility then you will totally agree with the moniker that the embattled postal workers gave the ferocious feline. Well, he’s ferocious only with Cassidy. For all we know, he’s just a docile little fur ball to the rest of the family.