What would you do if someone gave you a brand new luxury car like, say, a Lamborghini? If you’re like most people, I’m pretty sure you’d be extremely excited to ride and drive such a sweet vehicle.

Well count on Pope Francis to dare and be different. As if we haven’t heard enough awesome stories about him, he once again surprises us all with a positive news that immediately made the rounds on social media and news sources. 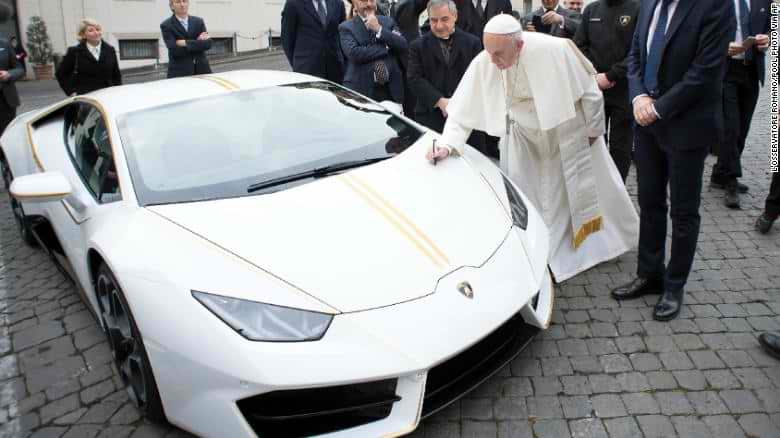 This photo was recently taken at the Vatican and it has quickly gone viral since. It shows the Catholic leader with the shiny new car – a gift given by Lamborghini. As the reports later tell us, the Pope is actually signing the vehicle’s hood for a great purpose.

According to a CNN feature, the Vatican plans to “auction off the car, with proceeds going to three charities.”

As the article tells us:

“One of them will help rebuild homes and churches on the towns of the Nineveh Plains in Iraq. ISIS had forced Christians to flee the area. The two others help sex-trafficking victims and development projects in Africa.”

The car, with the estimated market price of $200,000 or more, is expected to “bump up its value” because of its history with the Pope. 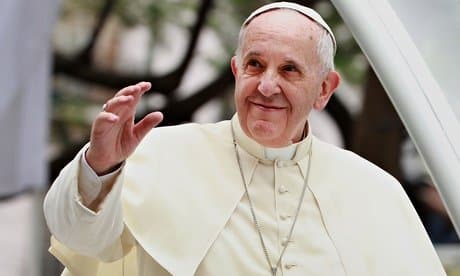 In the past, Pope Francis auctioned off his Harley-Davidson motorcycle which sold for $284,000 – which is 10x more than its original price. Meanwhile, a signed Harley motorcycle jacket got bought for about $68,000. In another instance, an iPad owned by Pope Francis has been sold for $30,500.

The world definitely loves its Pope Francis collectibles and this car, undoubtedly, will be the priciest of them all. It’s all for a good cause anyway so it’s all a great thing in the long run. Goodluck to those who can afford that awesome luxury ride!