In the Philippines, where finishing school is of primary importance, people will do anything, including hock or sell their land and livestock to give their children an education.

In one shocking case, teachers in a Camarines Sur middle school discovered two of their top students, both brothers, in dire circumstances when they paid the boys a visit.

They found out the boys were living in a cave! 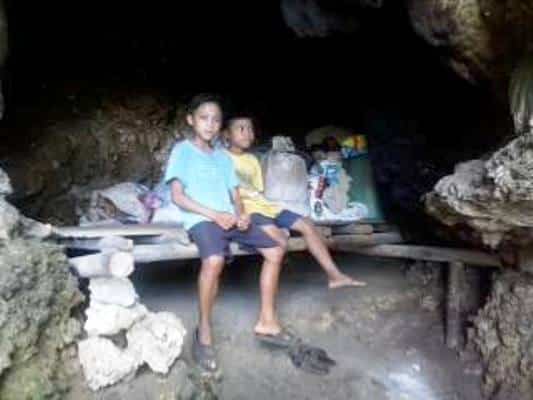 Jayson and Juan Garaña, Jr. climb down a hill in the mornings and clamber back up at night, just to get to the Manangle Elementary School in Sipocot, Camarines Sur in northern Philippines. Despite their extreme poverty, they never miss a class unless they’re ill.

According to their father, Johnny, they used to have a small house. However, two years ago, the category 5 super typhoon Rammasun blew their tiny hut away. Unable to secure local government assistance, they were reduced to living in a cave.

The boys with their father. 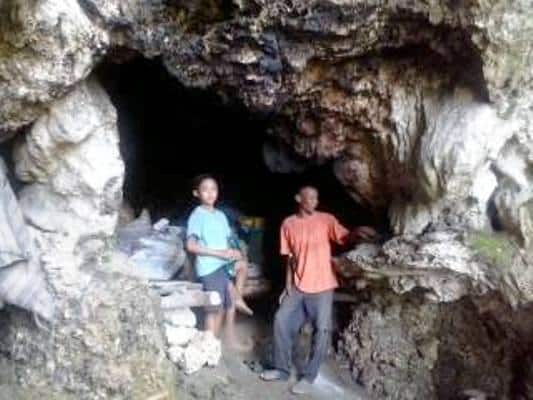 Surprisingly, Jayson and Juan, Jr. have been diligent students. Despite their difficulties, including the lack of electricity, running water, sanitation facilities, and even lunch money for school, they manage to get good grades.

Their mother left the family years ago, but their supportive father is present to cheer his boys on at every major school activity.

Teachers from the school who heard of the boys’ homelessness paid their cave dwelling a visit. They trekked up a steep and narrow dirt road that runs muddy during monsoon season, and were dismayed at how dangerous traversing the unlit path at night could be.

The trek up to the cave. 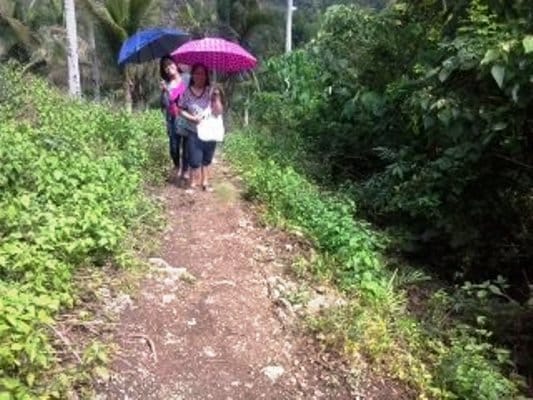 The boys also related instances they encountered snakes on the trail on their way to and from school.

Their teachers paying the boys a visit. 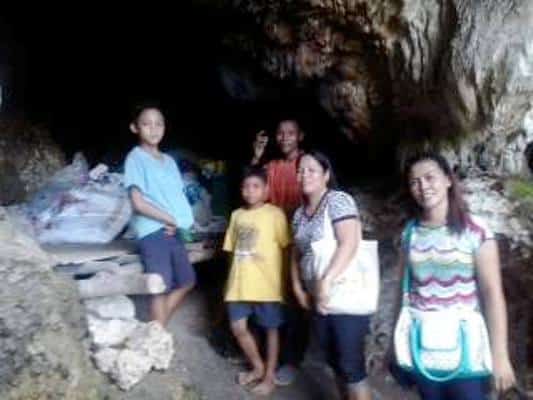 Their story went viral after one of their teachers shared their plight on social media. A major news outlet featured their story, prompting some anonymous donors to send support for the boys’ daily needs.

At present, the boys and their father remain homeless and continue to live in their rough cave shelter. Despite their abject poverty, their circumstances haven’t stopped Jayson and Juan Jr. from pursuing their dreams.