Design is critical in any product. Excellent design can mean boost in sales and satisfied customers, while poor design can result in backlash and trolling. The latter was the case when one pool float made its way to a retail store and consumers noticed its hilarious design.

The product, sold at Sam’s Club and on Amazon, features a design most familiar to women – a maxi pad. Called The Aquaria Pasadena Pool Float, the item looks like a blown-up version of the popular feminine hygiene product. It was describe in the Sam’s Club website as having “a fun marbleized design, luxuriously soft, durable and Made in the USA.”

A photo of the product was first posted on Reddit by user VinTheButcher. 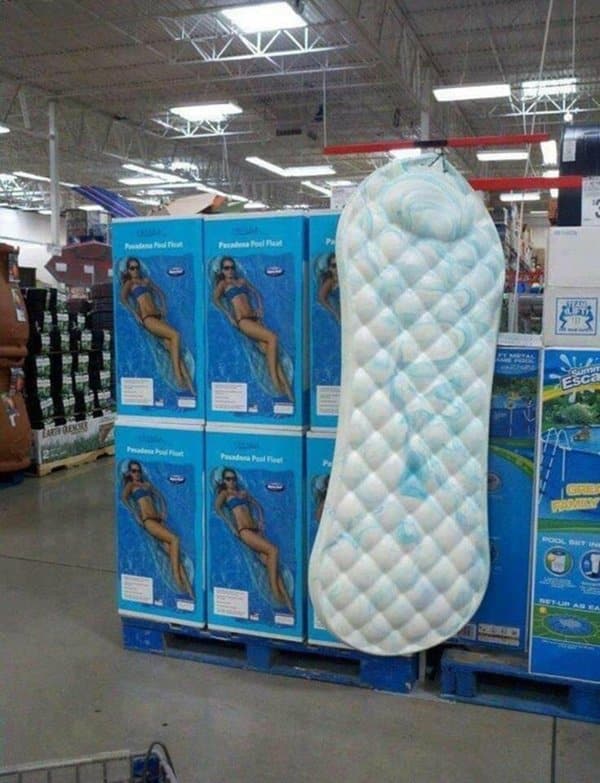 The user captioned the photo with:

“Comparison, Per the commercial demonstrations on a normal size maxi pad, this motherfucker will absorb a pool.”

The item also gained more popularity when it was shared by author Jillian David on Twitter. According to her, the mass production of the pool float could have been avoided by a focus group discussion among women.

The maxi pad-like pool float garnered a lot of comments on Reddit. 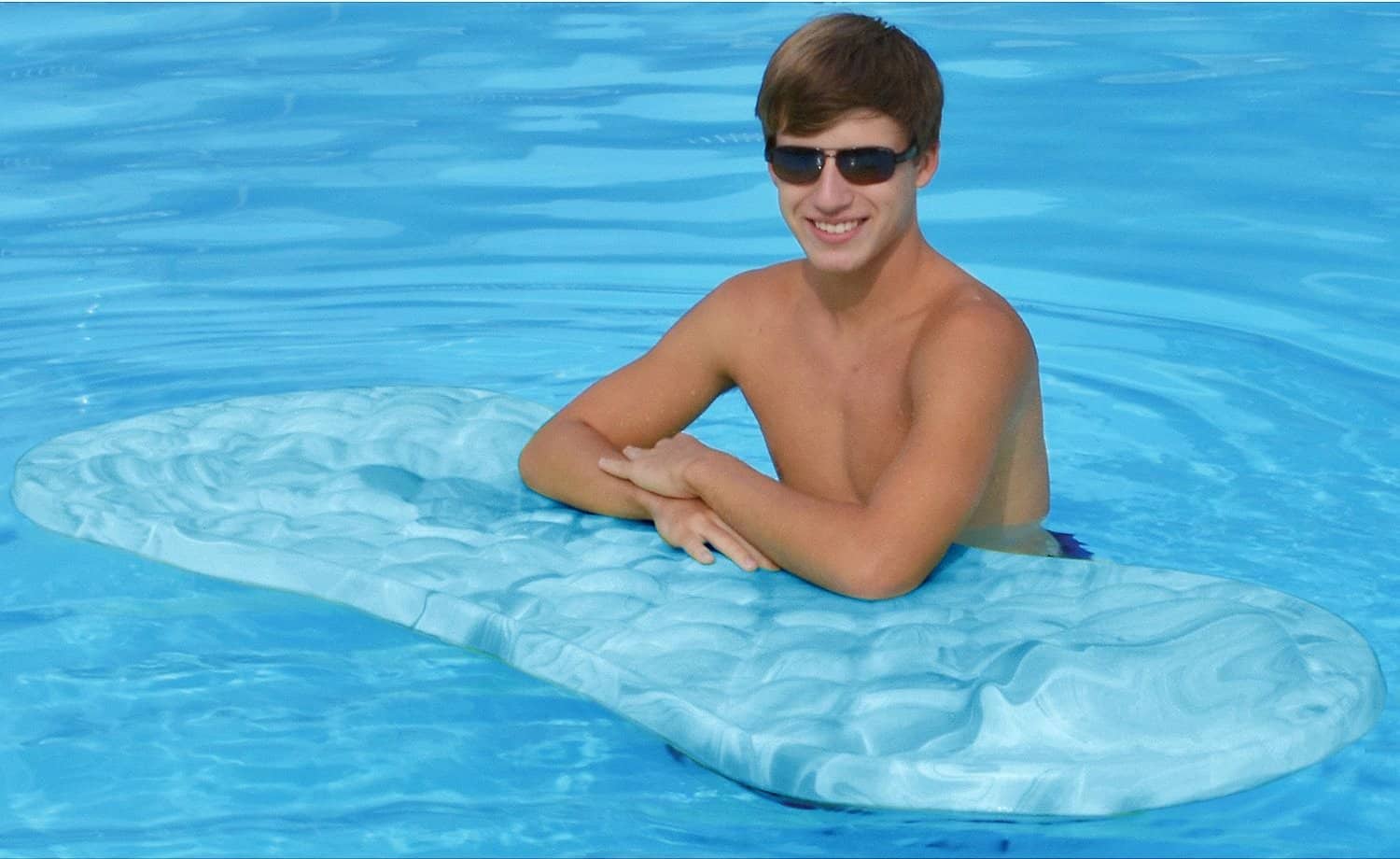 “They are so absorbent we only put 1 in a box!”

There are also some pretty epic reviews of the product on Amazon. 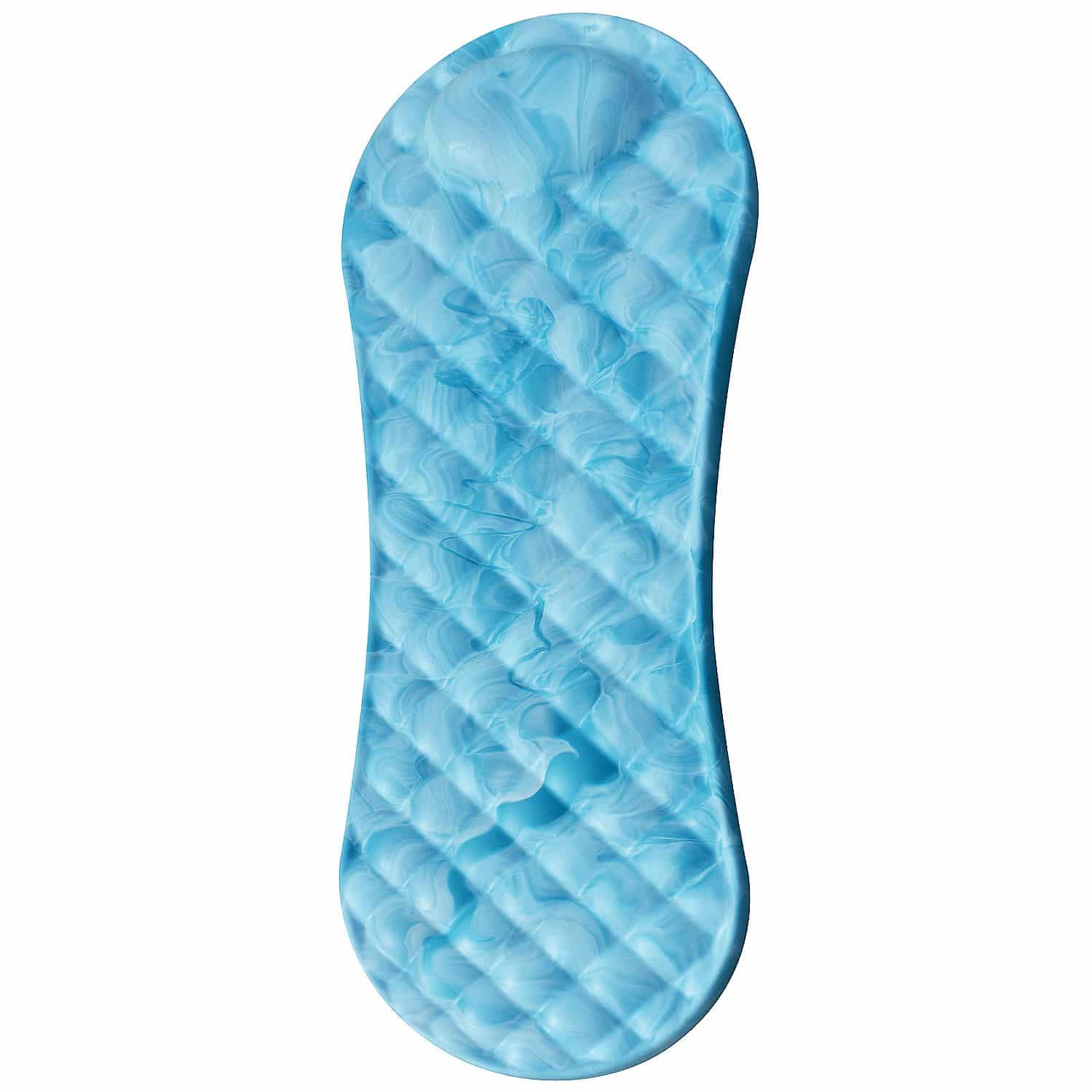 “I tried it, but it sucked all the water out of the pool.”

“I’ve waited for this for my entire life. I have always dreamed of floating in a pool on a gigantic maxi pad! Brings a whole new meaning to aunt flow! Now it can be aunt float!”

And Wendy Lashbrook had this to say:

“The adhesive strip on the back can be used either to keep your pool float secured to your beach chair, or to prevent you from falling off the float if you doze off! Perfect with that hot red one-piece! Nice to know you don’t have any women on your design team or in your focus groups!”

What do you think of this product? Let us know in the comments below!