Sometimes when we travel and seek adventures on the mountains, forests and other outdoor places, we encounter different insects and animals which we at times are not familiar with.

It’s vital to at least know the things around the vicinity that you will visit to ensure that you are ready and well informed about survival and first aid in case of emergency.

In different places we can see spiders which we may think are not dangerous at all, be aware that there are highly venomous spiders to watch out for.

Here’s a guide to help you determine the poisonous spiders that you may encounter both indoor and outdoor, being familiar with how they look can save lives. 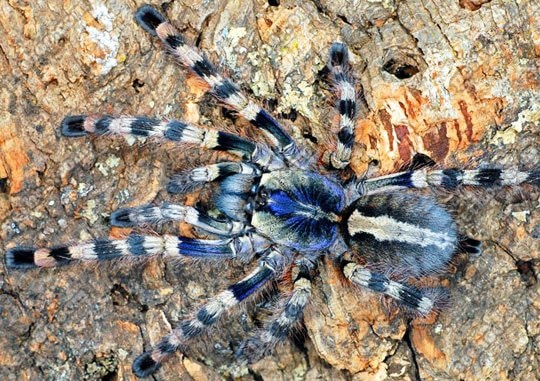 The name comes from the Spanish dance which is said to be how people jump when spiders bite them. The bites of many other Tarantulas are like bee stings which could hurt although tolerable, but Fringed Ornamental Tarantula is known for bites that are really vicious because it causes terrible pain, muscle contraction and chest pain. Poecilotheria stores venom in his body and injects it to a person, as of late; there are no definite major losses from Fringed Ornamental Tarantula’s bite or stab. 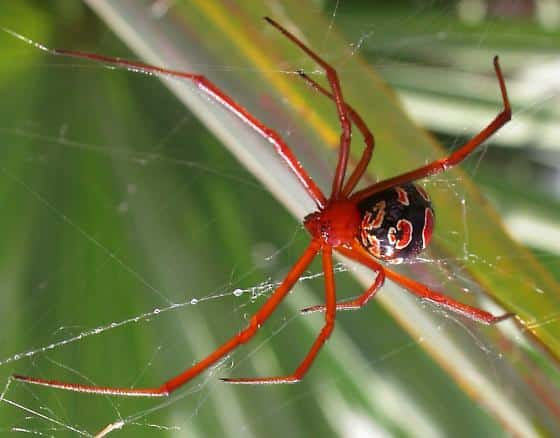 This is a member of the black widow spiders and it is known to be highly poisonous. It has 10-25% venom making it dangerous like a snake. There are confirmed deaths due to bites of Red Widow, mostly are very young and very old victims. Neurotoxin is the poison present on its bite and can cause muscle twinge and death to a person bitten by it yet, there are those that survive from the bite. 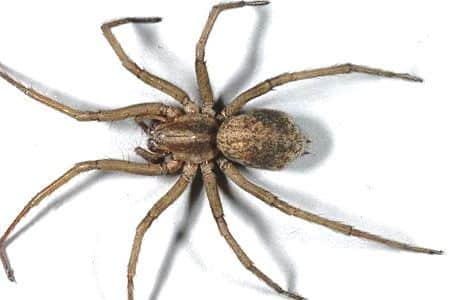 There are still many researches and studies going on about Hobo spiders, there is no confirmed information about its threat to human being. Although there are no specific claims for Hobo Spiders, it is believed to be perilous as the bite can cause breaking down of skin and tissues known as Necrosis while other mild symptoms are reported to be tiredness, headaches and vision difficulty. 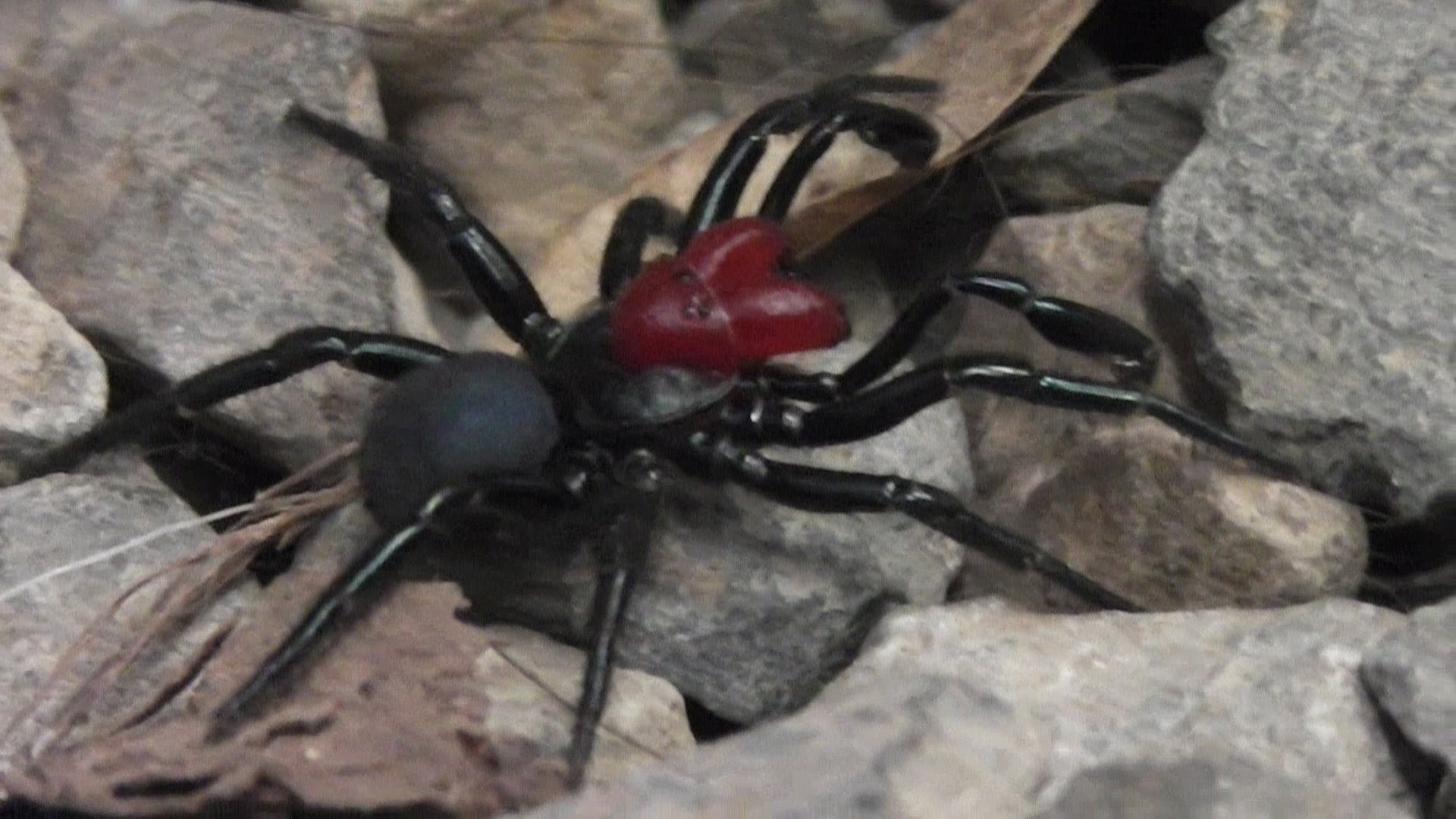 This spider is belligerent and aggressive; it attacks people when it feels threat around them. It is venomous and should also be avoided. This type of spider can be found in most places, in many countries and different types of environment. The female spider have different colors from the male, the female is black while male mouse spiders are black or brown with a red head. 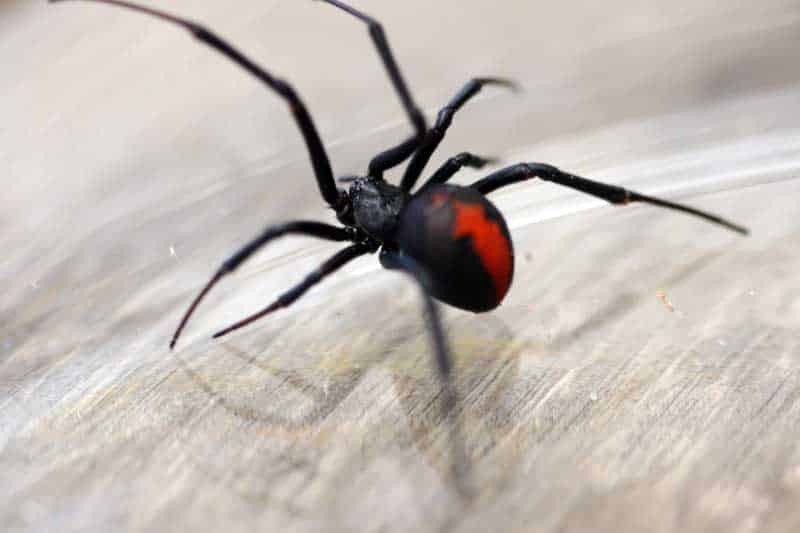 The reports say that most people bitten by Red back spiders are those that have close contact with them. 80% of the bites have very minor to no effect at all. 20% of the bites are reported that victims experienced pain for one day. Since the anti venom were given, there are no more serious cases that have happened, although the symptoms of rare serious cases are headache, fast heartbeat, throwing up and difficulty of sleeping. 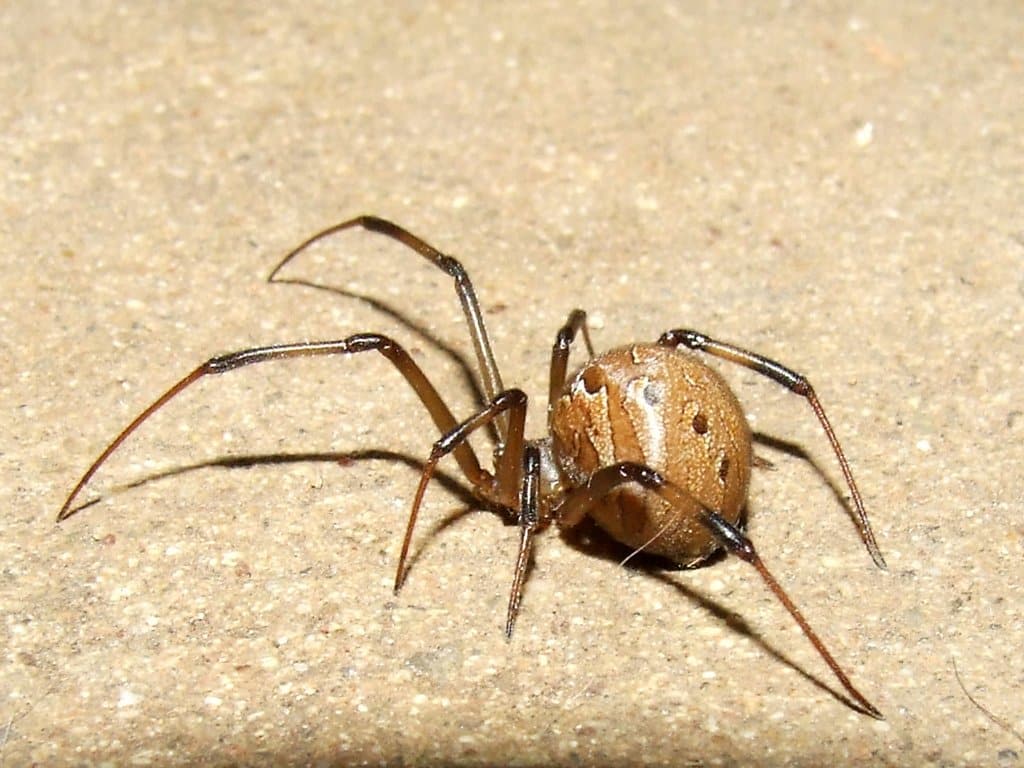 This kind of spiders have unclear vision, they cannot also move fast when not in their web. They bite when they feel that threat is around them or when their webs are being bothered. Male brown widow spiders are not as dangerous as the females but both of them have neurotoxic venom that causes Latrodectism. 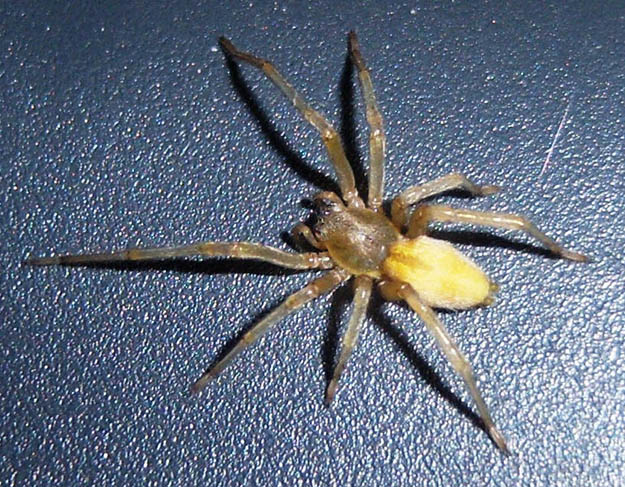 These spiders do not make webs that’s why they are called “sac” spiders. Their sacs are found at the croners of the walls and ceilings in the house, most of them live inside the house or at logs and leaves. Their bites can cause lesions and dead skin tissues to humans. They are usually found in North America, and are 0.25 to 0.5 inches length. 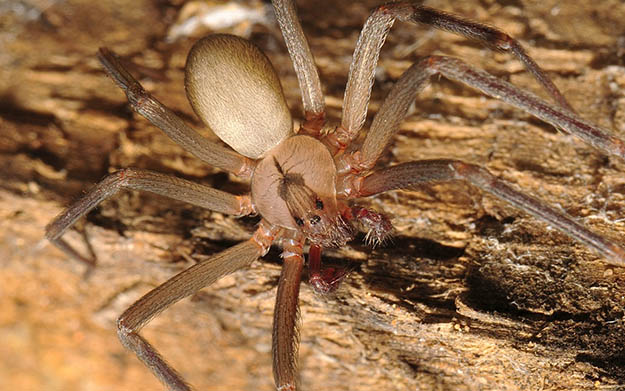 These spiders are found usually in USA. Brown Recluse Spiders have six eyes and bites whenever they feel threatened. Their venom can cause serious injury, tissue loss and necrosis also, their poisons are also deadly. They are 1/4 to 3/4 inches in length which has a violin shaped back at the top of their legs. 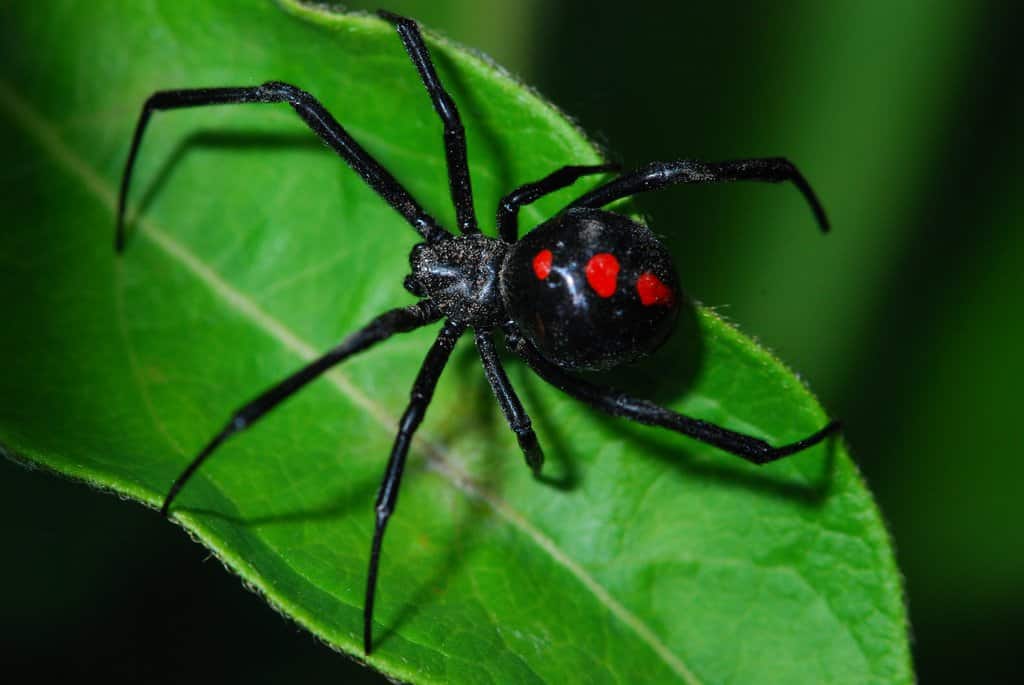 This is the spider that eats her mate after reproduction. Black Widow are known for its color black and red, and this is one of the most popular spiders. Their poisons can be dangerous to humans and can cause fatalities. Their bites inject venom to humans. 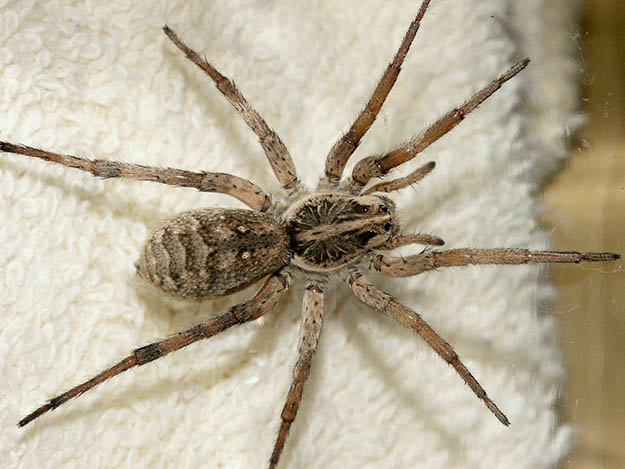 Wolf spiders are mostly found in North America and Europe. They are part of the Lycosidae family which are wide spread all over the world. They have a hairy dark brown body with long legs. The eggs of a wolf spiders are carried by female spiders in gray silk sac in which once hatched, they stay at their mother’s back for some time. They stay and live in grass, logs, leaves, stones or places that have many insects. These spiders sting but are less dangerous from all venomous spiders. 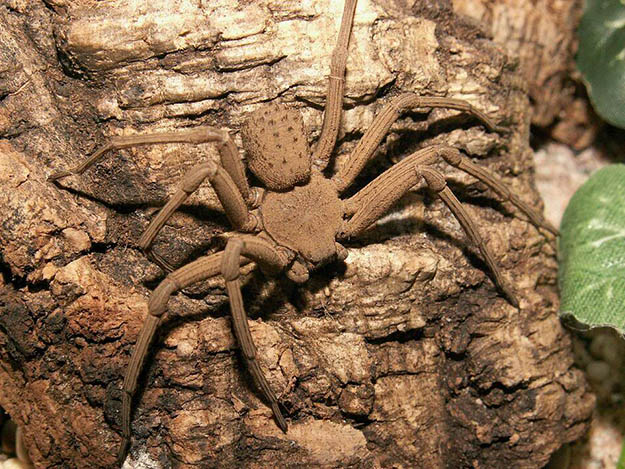 These spiders are usually found in Africa and South Asia, but they stay in remote areas. Few cases of deaths are reported since Six eyed Sand Spider lives in places that are far from human dwellings. However, these spiders are one of the most poisonous as their bites can clot blood and increase blood pressure of humans that will further lead to cardiovascular failure. Sadly, its poison is so severe, there’s no remedy for it nor anti-venom to counter the bites.

These spiders are found mainly in Australia. They are about 0.4 to 2 inches in length and are black or brown with hairy, shiny and hard covering in front of their bodies. Sydney Funnel Web Spider lives in the ground or trees with humid climate. Their venom is dangerous and can cause death especially to children but there are anti venom available for this kind of spider. 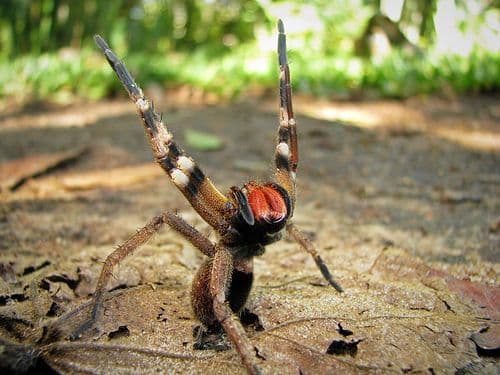 This spider is the most poisonous spider in the world as declared by the Guinnes World Records. The bite of this spider is very dangerous when it reaches to the blood streams of human because it injects neurotoxins that are 20 times more toxic than the black widow spider. The venom of Brazilian Wandering Spiders is already comparable to the poisons of snake. Their bites can cause severe pain, loss of muscle control, breathing problems, respiratory paralysis which leads to asphyxiation and their bites can cause erections for males that last many hours.

Summariazed and Identification Chart of Spiders

Don’t forget to SHARE this information to your friends! What can you say about this? Share us your thoughts!