While travelling can be fun, it may sometimes come with a few annoyances.

Take it from Giorgo Destro, a lawyer from Padua, Italy, who recently took a flight from Cape Town to Dubai via Emirates Airline. According to him, his trip got “ruined” because of the passenger besides him. He said he felt very “uncomfortable” because he was seated next to a fat guy who “spilled” across into his own seat.

What disappointed him further was that he was a “gold member” and yet the staff didn’t allow him to change seats at all. He shared that everyone was extremely busy and so for “nine hours, I had to stand in the aisle, sit on seats reserved for the cabin crew when they were free.” Left without much of a choice, Destro decided “in the final phase of flight” to “resign myself to suffer the ‘spillover’ of the passenger at my side.”

Italian lawyer Giorgo Destro is suing Emirates for his bad flight experience. He said he was seated beside a fat passenger who “spilled” at his side. 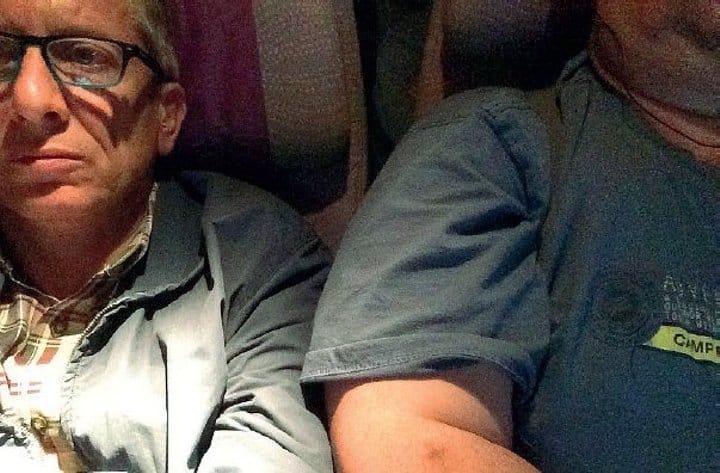 Destro later complained that the company never apologized to him for the bad experience even after he got in touch with them via email. So now he’s filing a lawsuit against them!

Destro said he wants to emphasize that every passenger has “an equal right to a worthwhile trip with a minimum level of comfort, adequate space, and the possibility to get up and move freely.”

During the flight, Destro took this selfie as an “evidence” of the inconvenience.

A court hearing has been scheduled this coming October 20 but Emirates still have yet to comment about the suit.

What do you think about this, guys? Would you also press charges if you had a similar experience? Tell us about it in the comment section!