We all handle grief in different ways. As for parents Charlotte Szakacs, 21, and her husband Attila, 28, they decided to spend 16 days with their dead baby girl so they can deal with her loss.

Charlotte and Attila, who married in 2015, had been trying for a baby for more than a year when they found out they were expecting the day before her 21st birthday on April 29.

The couple married in 2015 and has since been doing their best to conceive.

After over a year of trying, the two rejoiced to discover that they were expecting. 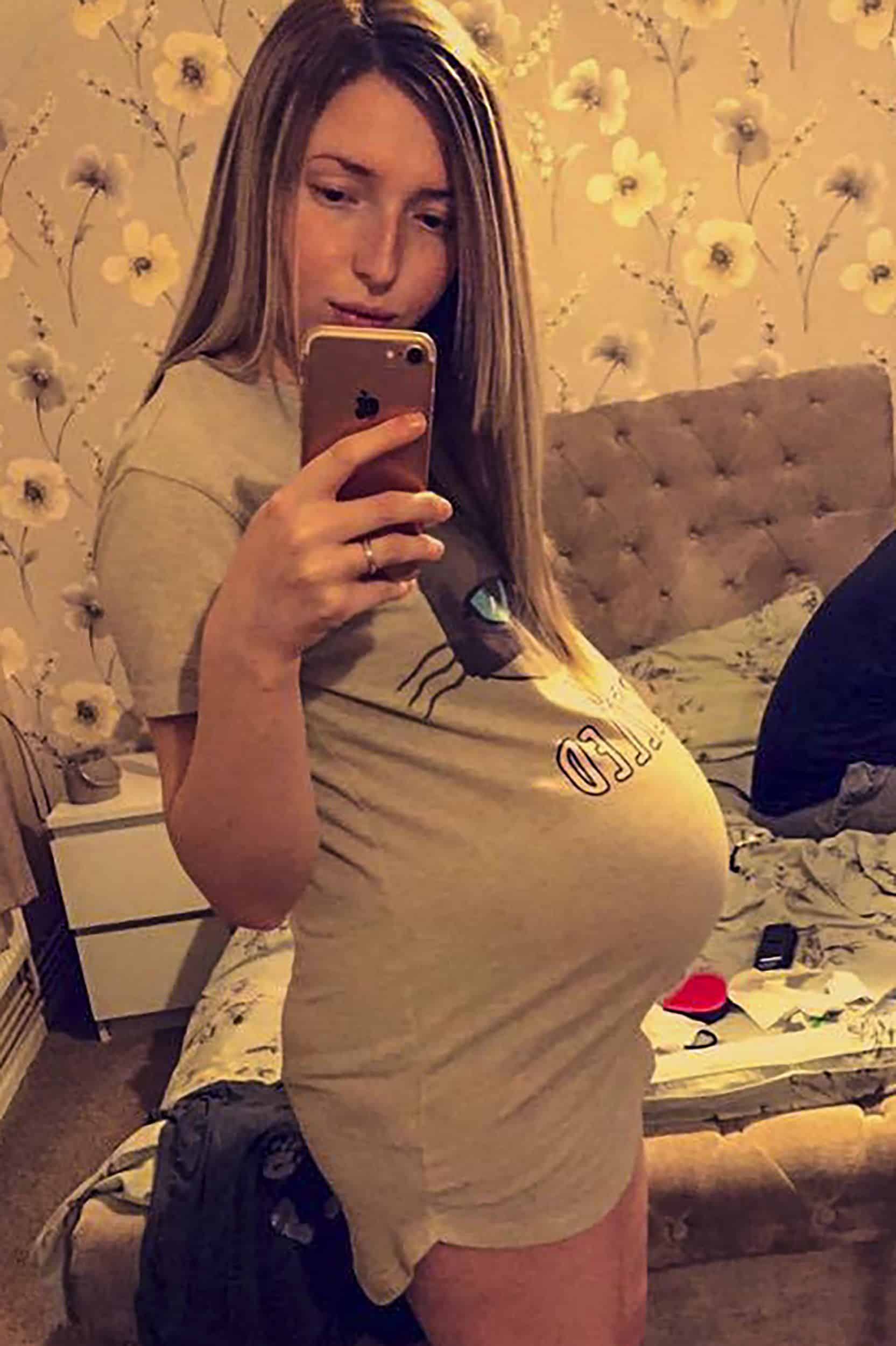 The pregnancy went normal for the most part but eventually, they found out that baby Evlyn had a debilitating chromosome abnormality after a 20-week scan.

Charlotte then needed scans every two weeks and her baby had to be delivered by caesarean as the blood flow to her placenta began to fail. 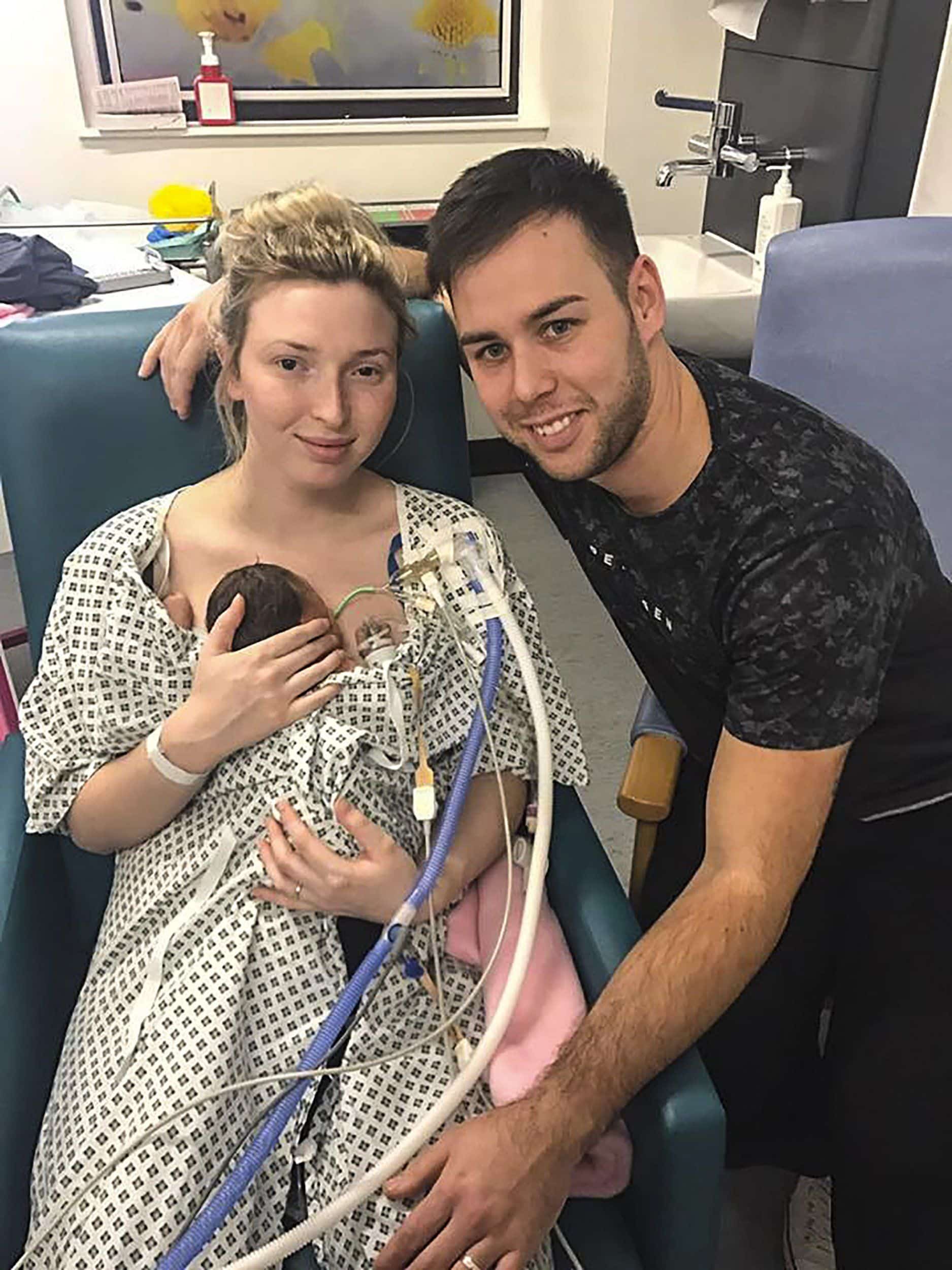 When Evlyn was finally born, she weighed merely 5lbs 5oz, had an underdeveloped brain, and had narrow airways in her lungs and nose. 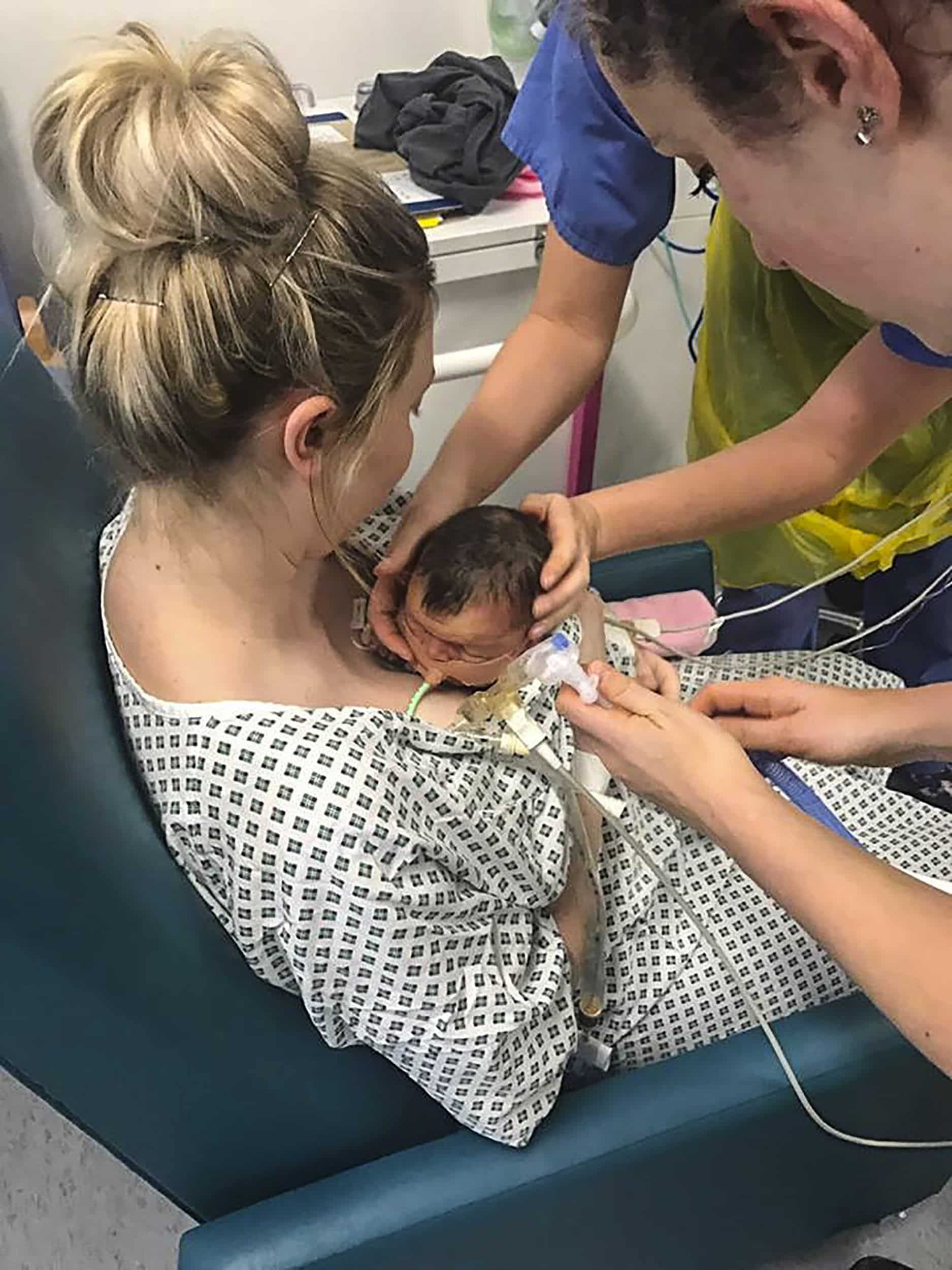 This meant she couldn’t breathe on her own and so performing a heart surgery was impossible – and the surgery was crucial for her survival. 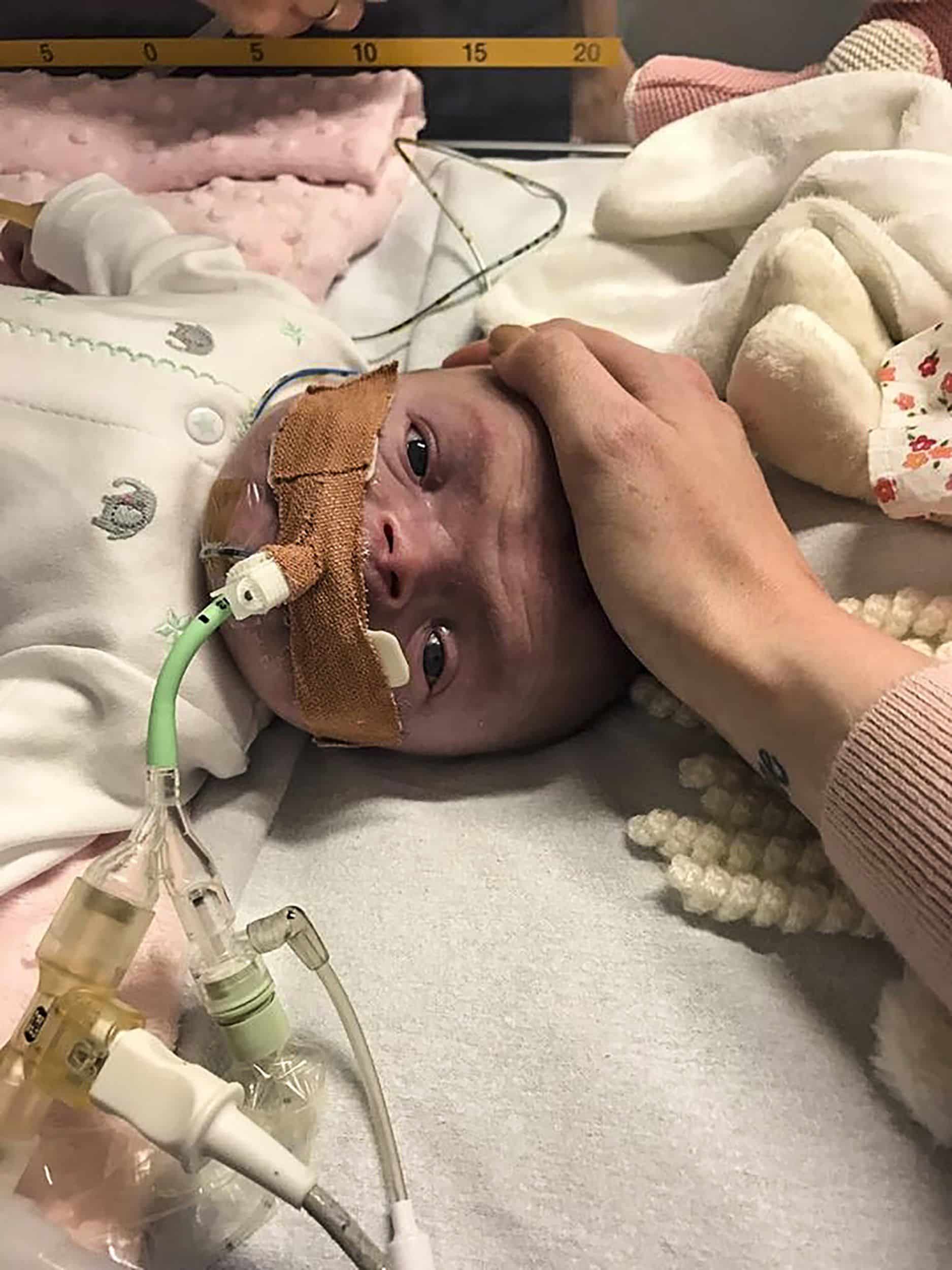 The poor baby girl later passed away after battling with the health condition for four weeks. The heartbroken first-time parents stayed at the hospice for twelve days.

Eventually, Evlyn was kept in a refrigerated ‘cuddle cot’ and the couple took the dead baby home for four days before her funeral. 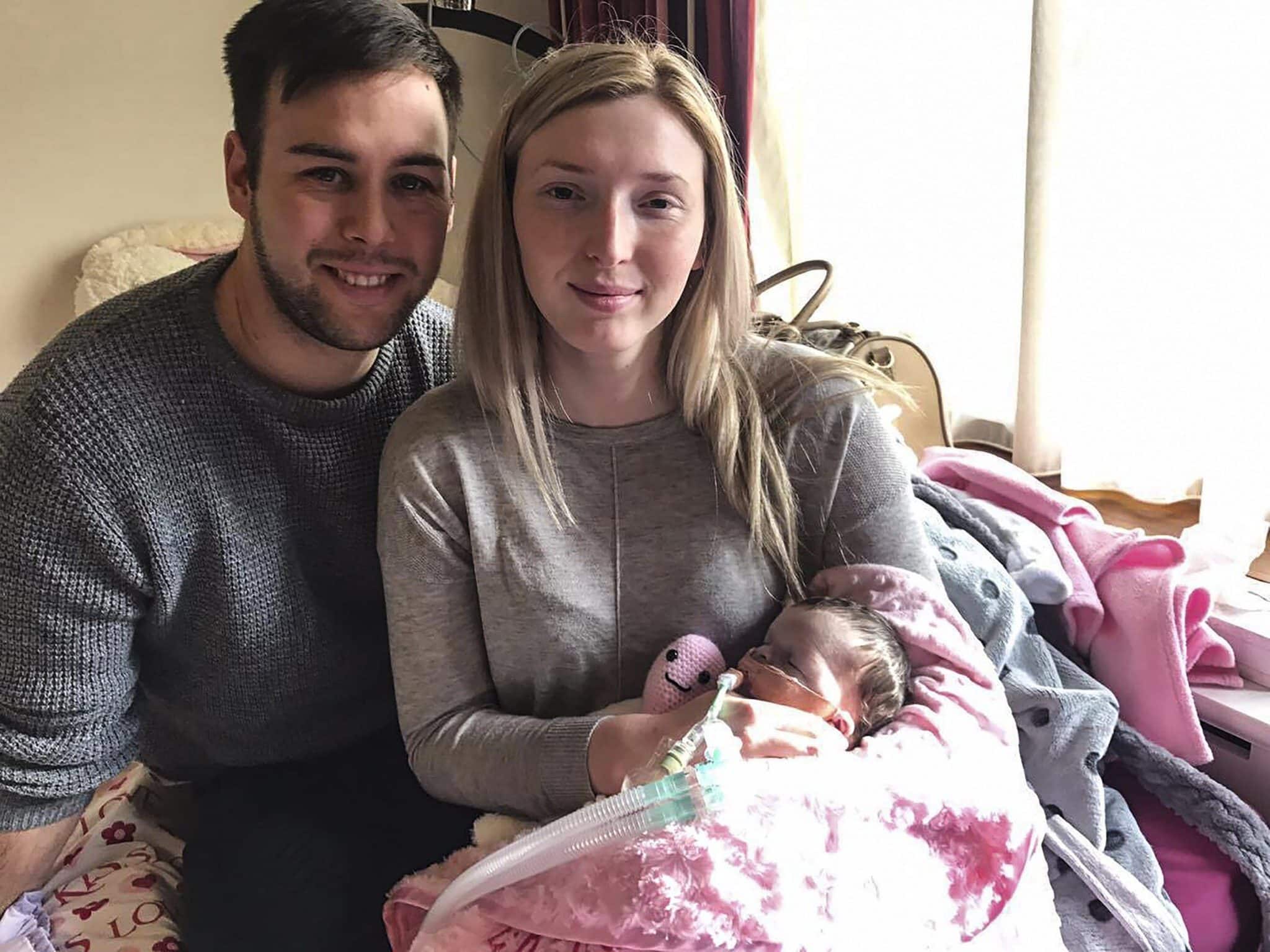 “So many people have never heard of parents being able to spend that time with their babies and other mums reached out to me saying they think it would have helped so I really want to raise awareness.”

“I know it might not be the best option for everyone but for us it was so important to be able to have that family time – and just properly cuddle our little girl.” 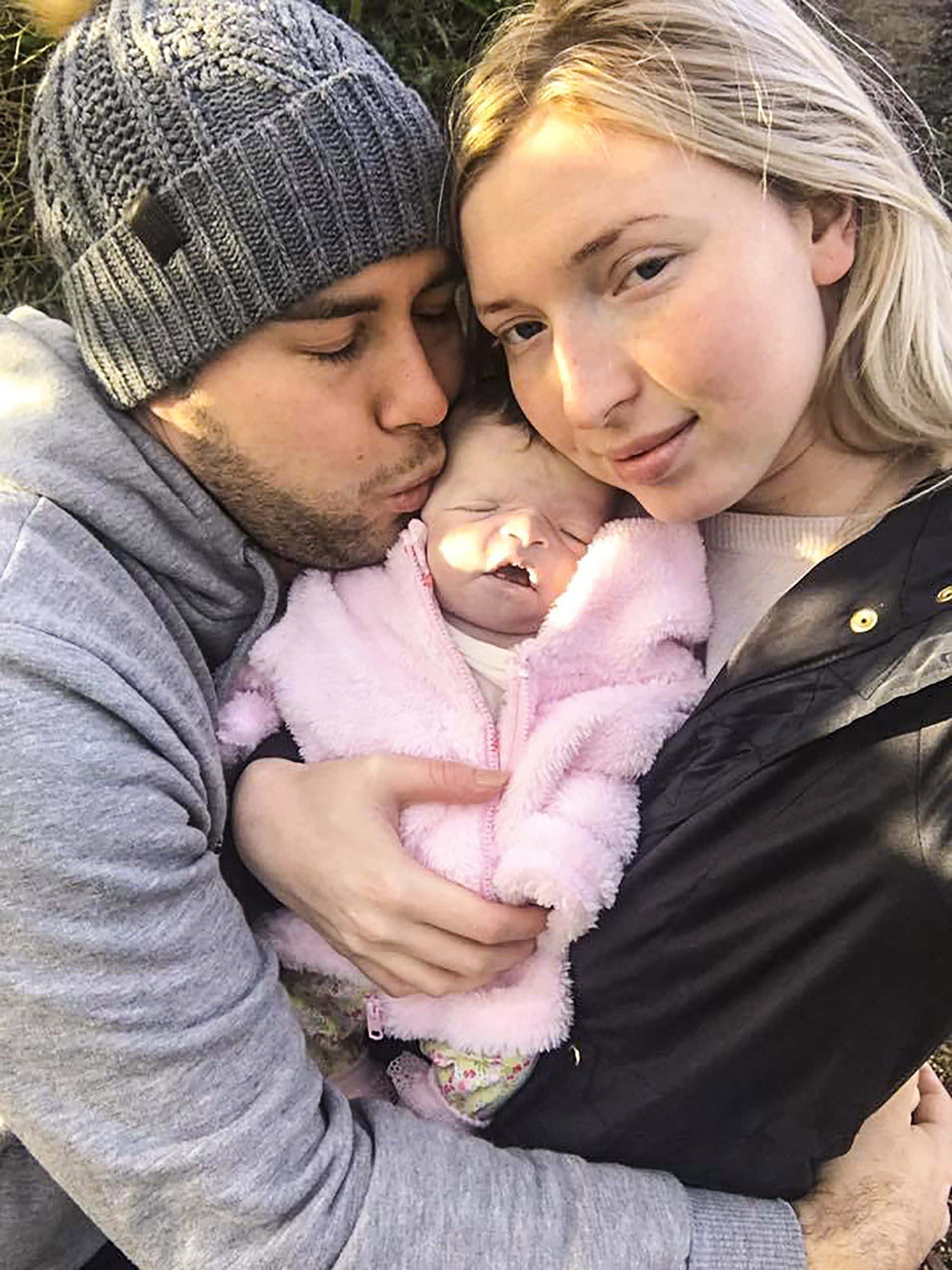 “I think having the time with her made such a difference. Being able to do so many of the things you imagine like taking her out in her pram, it really helped emotionally.” 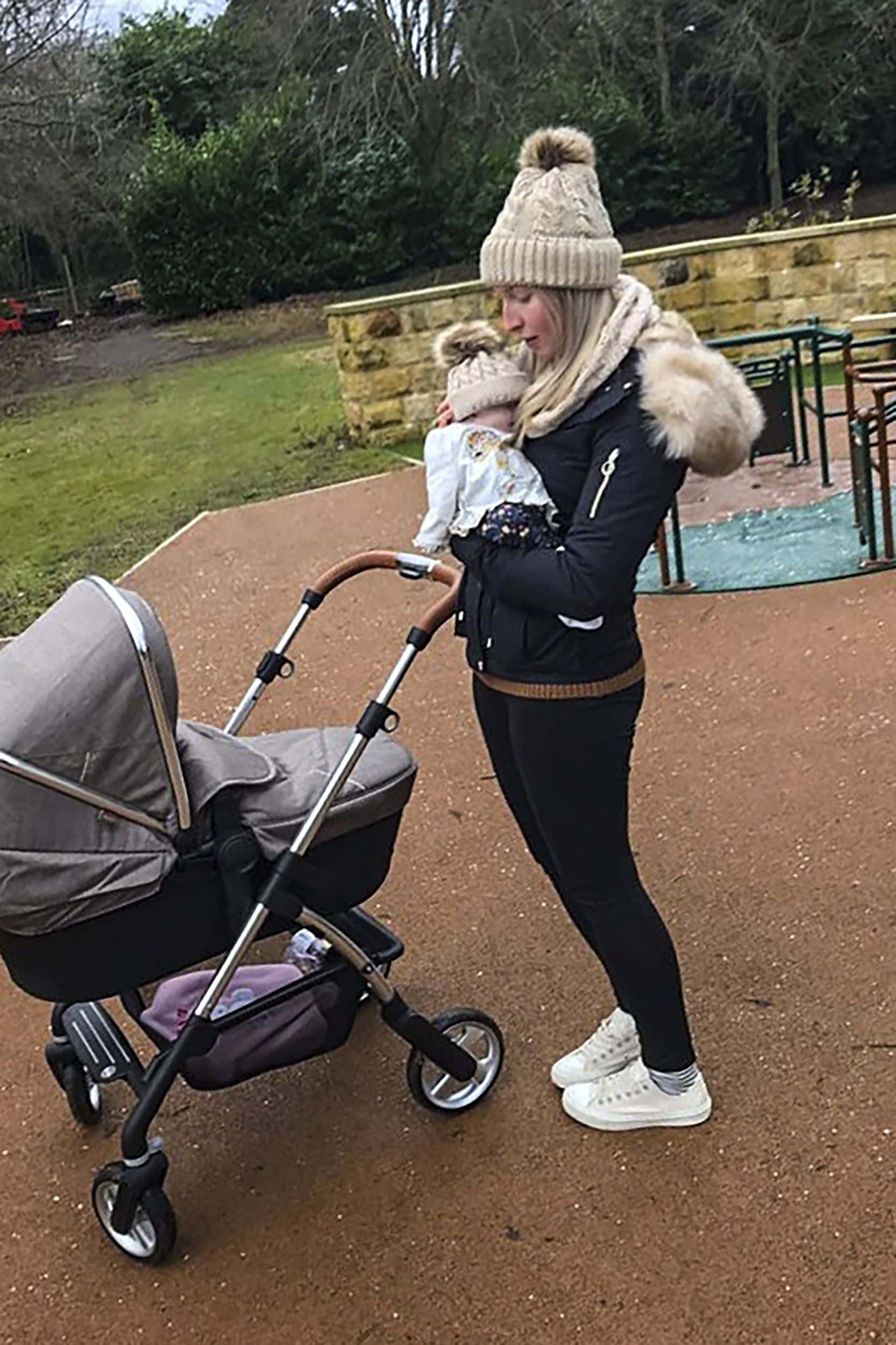 “I was really nervous about bringing her home because I didn’t know if it would feel right but it was so nice to have her there.” 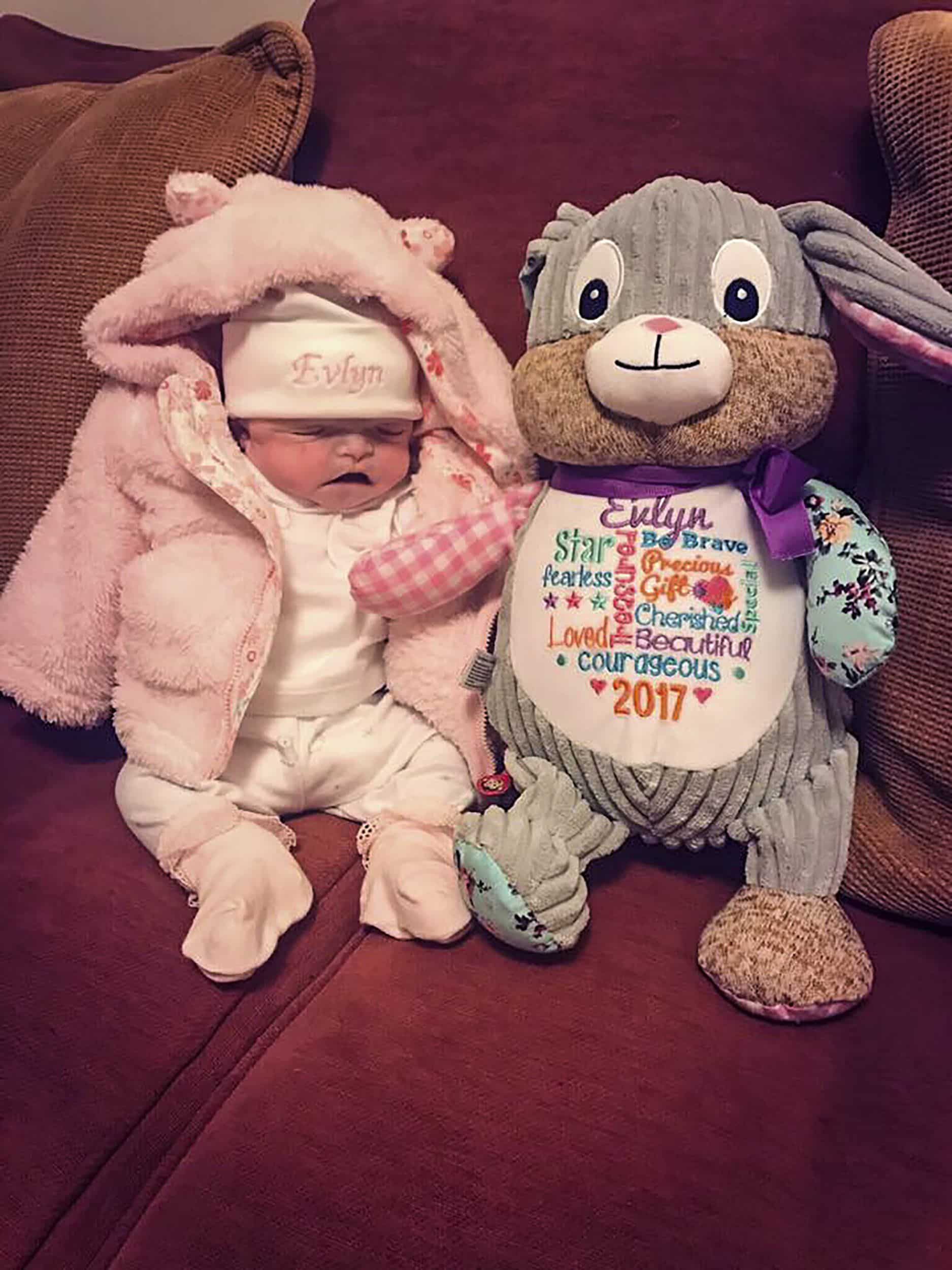 “And it wasn’t just for us but for Evlyn so she got to come home.” 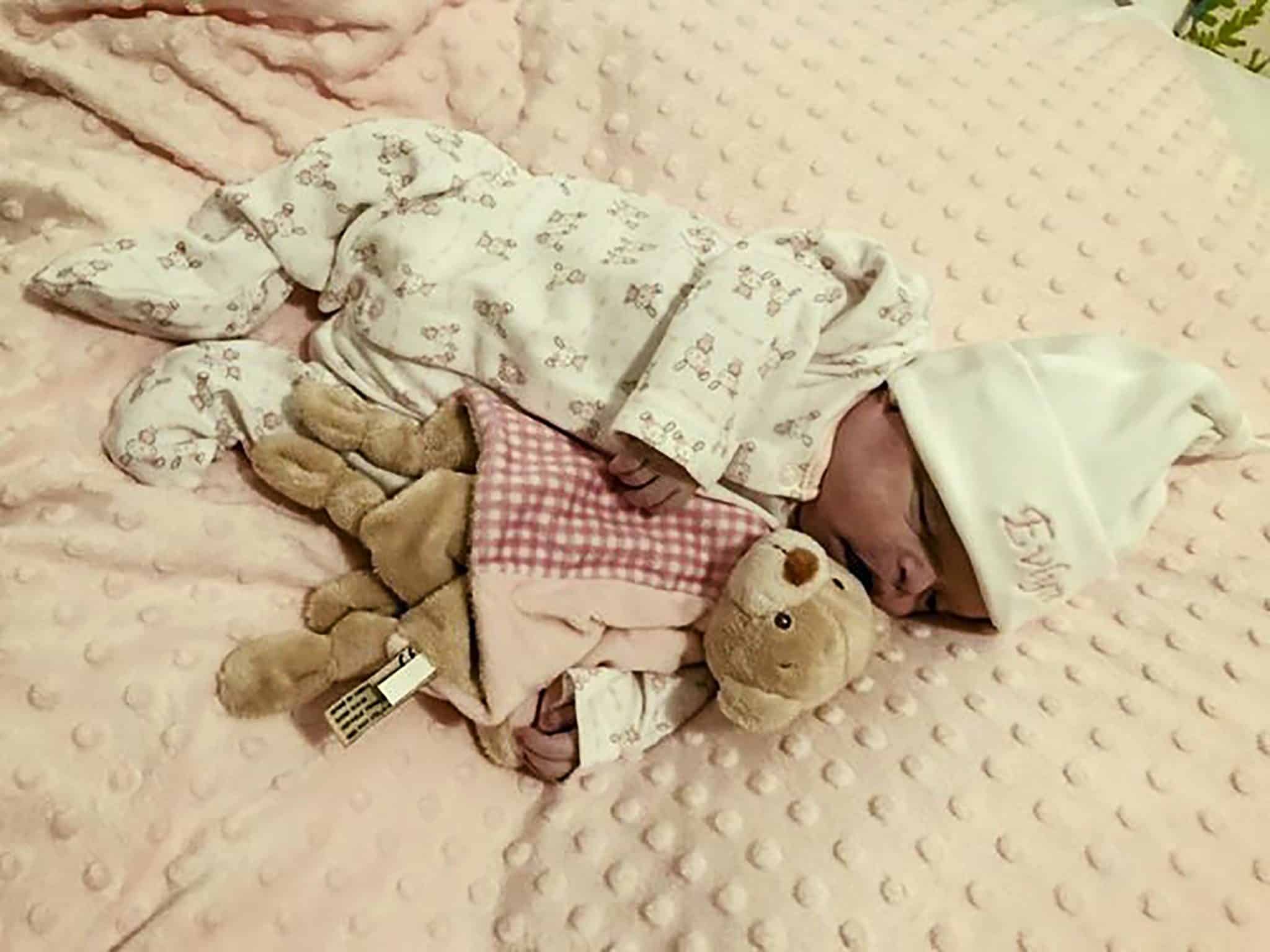 “We were very sorry to hear about the death of baby Evlyn and send our condolences to her parents.

“A cold cot allowed Evlyn’s parents to spend extra time with their daughter after she had died, and some parents tell us that spending time with their babies at home or in hospital can help them with the grieving process.

“I would urge anyone who has been affected by the death of a baby to contact us.”