If there’s one thing we truly know about karma, what goes around definitely comes around.

Take for instance this crook who unluckily ended up getting a taste of his own medicine after attempting to steal a parcel.

Fortunately, the moment was captured on video for everyone to see.

Speaking to Claycord, the man, whose parcel almost got stolen said: “My daughter said someone is running up to the house, I ran out and realised he was stealing something and chased him to the car.”

Perhaps due to panic and mayhem, the thief drops the parcel before getting into his getaway car.

Too bad for him, the homeowner decided to fight back and give him and his female accomplice a lesson they will never forget. 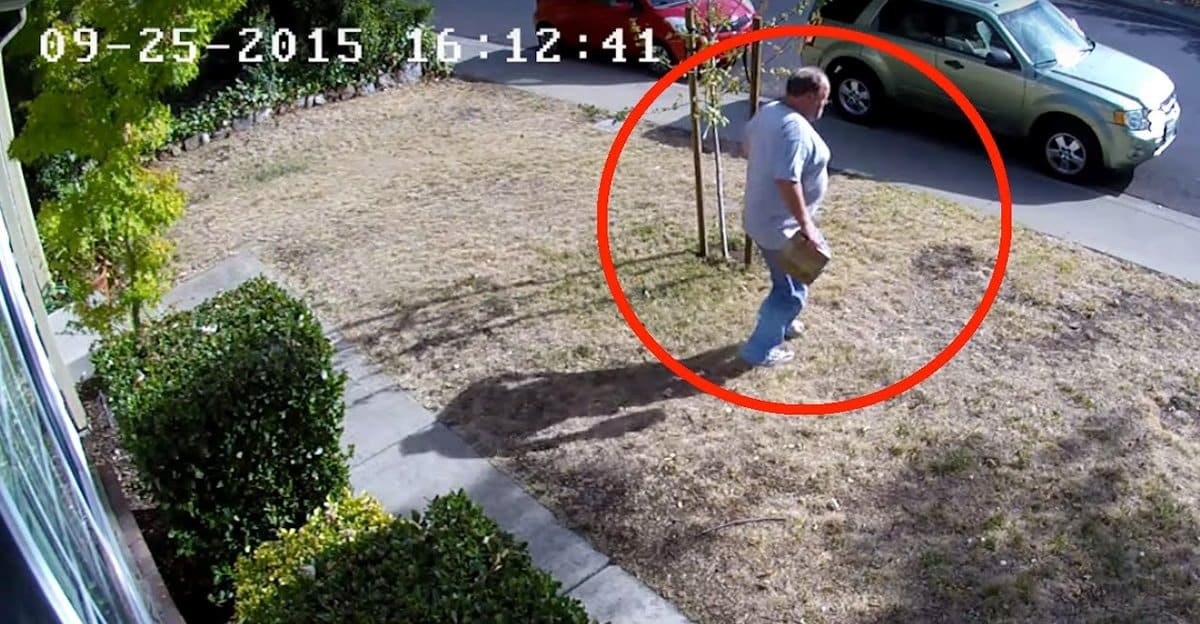 “I reached into the window and tried to stop them, he didn’t care that I had her arm and when he started to drive off, I saw her purse and grabbed it with hopes there was ID and turned it in to the police,” the homeowner said.

If you happen to recognize the culprit or the owner of the white car, please don’t hesitate to report it to the the Concord police and reference report #15-15900.