Advancements in medicine never fail to amaze us, especially because most of these innovations save a lot of lives. Reflecting back from where we were centuries ago, we can say that we have come a long way indeed. From savagely performed operations and outbreak after outbreak of deadly pathogens to robotic arm surgeries and life-saving vaccines – it was one hell of a ride.

While we’re on the subject of medical advancement, we cannot help but imagine how surgeons from centuries ago would react upon seeing the kinds of surgeries that can be performed today. Take for example an awake craniotomy, with the patient conscious and, well, singing opera. Doctor John Hunter would’ve had a heart attack!

A craniotomy involves removing part of the skull to expose brain tissue. 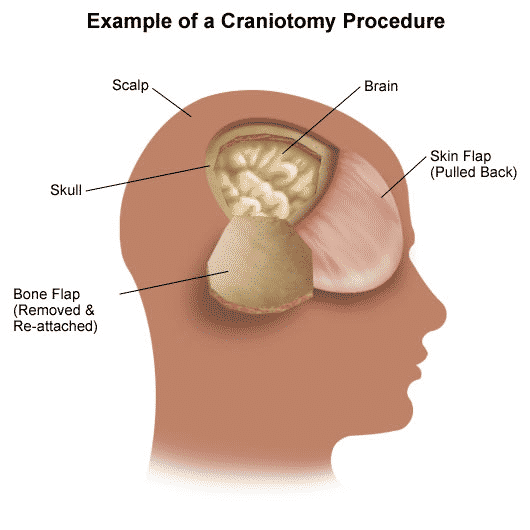 In the video below, you will witness an awake craniotomy being performed on an adult male patient. His name is Ambroz Bajec-Lapajne, a professional opera and choral singer who was diagnosed with brain tumor. Amazingly, he sang live for the surgery team who was with him at the time. Take note, he performed while lying on his side on the operating table, with his skull open.

A craniotomy is the surgical removal of a part of the skull so the brain can be exposed. The bone is then replaced after the operation. You see, an awake craniotomy is just like a conventional craniotomy, except that the patient is awake during the procedure. Usually, it is the preferred technique if the surgery would involve functionally important brain regions as it allows surgeons to test the different areas before they are surgically removed. The technique also allows the doctors to monitor the patient’s functions throughout the procedure. Ultimately, the primary goal is to minimize the risk to patient safety. Well, it seems that the surgery was a success since Bajec-Lapajne is up and about and is continuing his singing career.

It may also be worthy to note that it seems fairly common for patients to be fully conversant during the procedure. But to sing opera while a surgeon tinkers with your brain?

That, we think, is way, waaaaaay beyond cool.