Researchers have always believed that dogs were once considered a wild animal and that their looks and built were not similar to how they look now. However, experts are now close to finding the truth behind these creatures.

Somewhere in the northern part of Saudi Arabia, the researchers obtained what appears to be the earliest depiction (engraved) of dogs. While it is interesting in some ways, experts are still not convinced of it.

One of the images depicting the earliest forms of dogs. 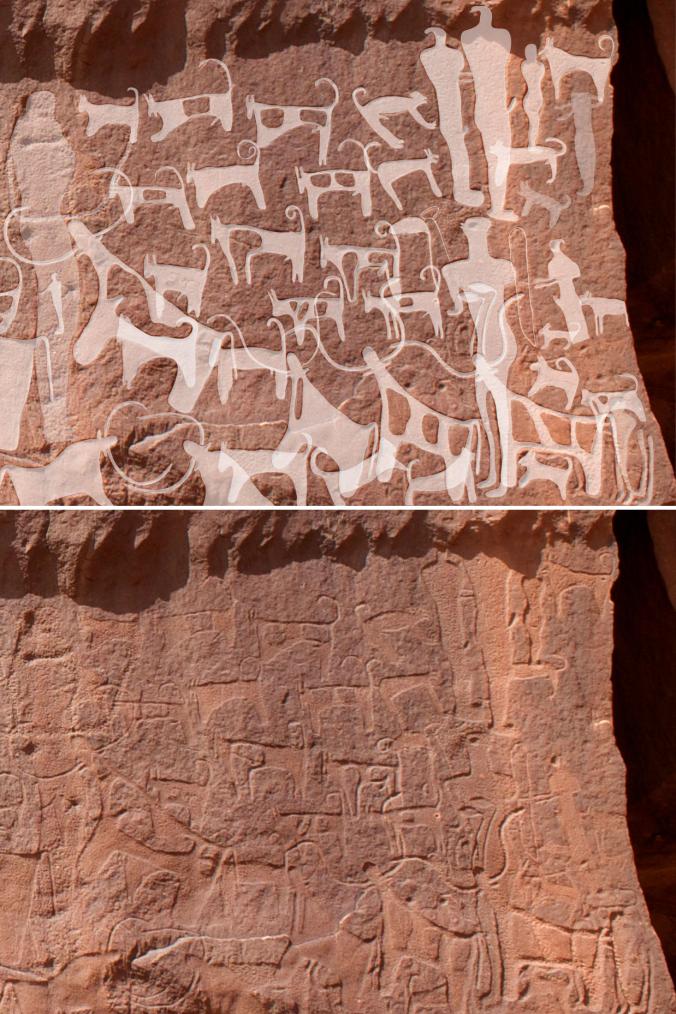 An archaeologist by the name of Maria Guagnin from the Max Planck Institute for the Science of Human History in Germany said the “distinction” of both the herders and hunters was “immediately clear.” Guagnin was able to document around 1,405 rock art panels that contain more or less 6,618 individual animal depictions.

The rock art, which was carved into the cliffsides, feature images of dogs aiding human hunters. These were detailed in archeological sites at Jubbah and Shuwaymis. Compared to the adjacent carvings of people, the creatures appear to be medium-sized. They even have pointed ears, short snouts, and perky-curled tail. In one way or another, the characteristics resemble today’s Canaan dog breed.

Interestingly, the rock art shows an interesting part of the early dogs. They seem to be used as support in hunting. The so-called leashes appear to tether the creatures to their human companions. There is one there that shows the image of a man who is set to use a bow and shoot an arrow. On his side is a dog tethered and ready to flank.

Their appearance is quite similar to a modern-day Canaan dog breed. 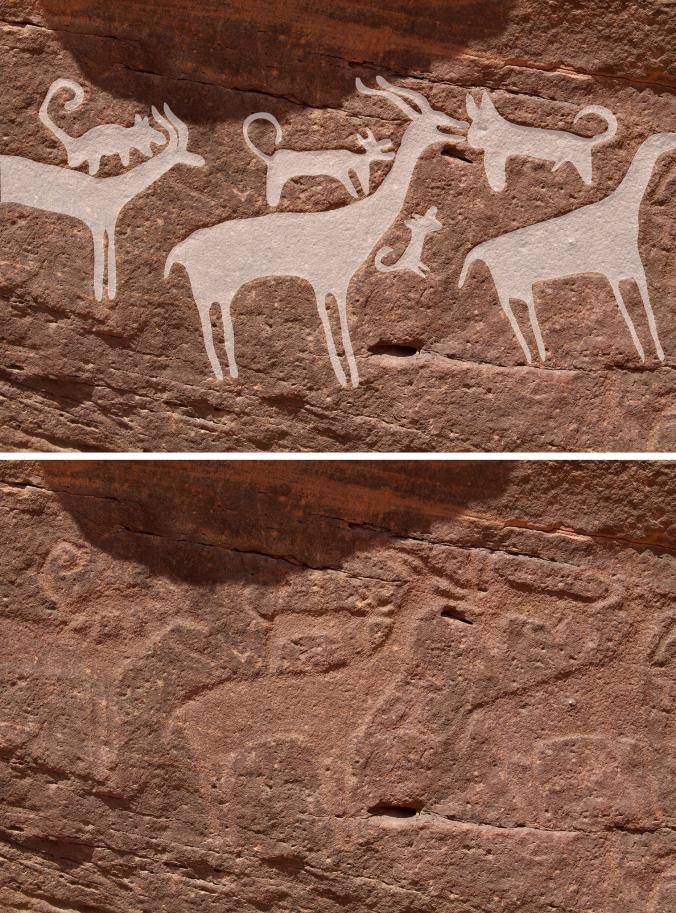 As explained by Guagnin, however:

The problem with engravings is there is no reliable method to date them directly.”

For the researchers to at least reach a rough estimate, they would have to analyze the weathered rock surrounding the aforementioned sites. This already includes all of the contents depicted in the engravings. Otherwise, it would be impossible to date accordingly.

Guagnin is determined, though, that the carvings were created between the mid-ninth and eight millennium BC. It holds true that she and the team need more evidence to support the claim. However, if they can prove that it dates back to 9,000 or 8,000 BC, then these are really the first images of dogs.

The researchers, however, are still unable to completely confirm the date of the rock art. 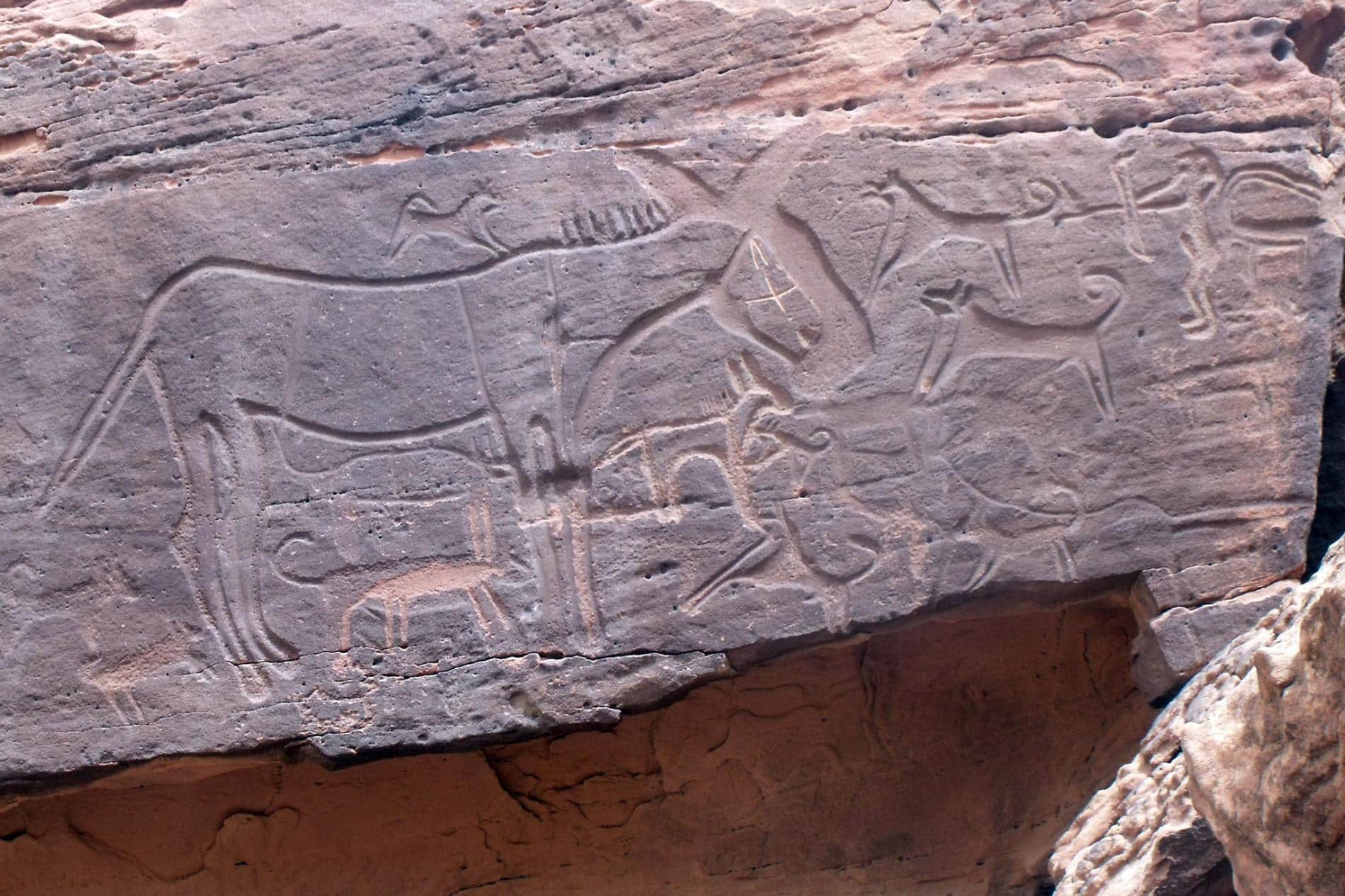 For Melinda Zeder, an archeologist from the Smithsonian Institute’s National Museum of Natural History, the rock art is similar to a “graphic novel.”

These images put flesh on the bones.”

Zeder suspects that the Arabian Desert cave art could possibly be as old as 5,000 BC., when the first physical evidence of pastoralism was first documented. But to insist that those scenes are way older than that is deemed “speculative.”

They still need more evidence as well as rigorous process to support their claims. 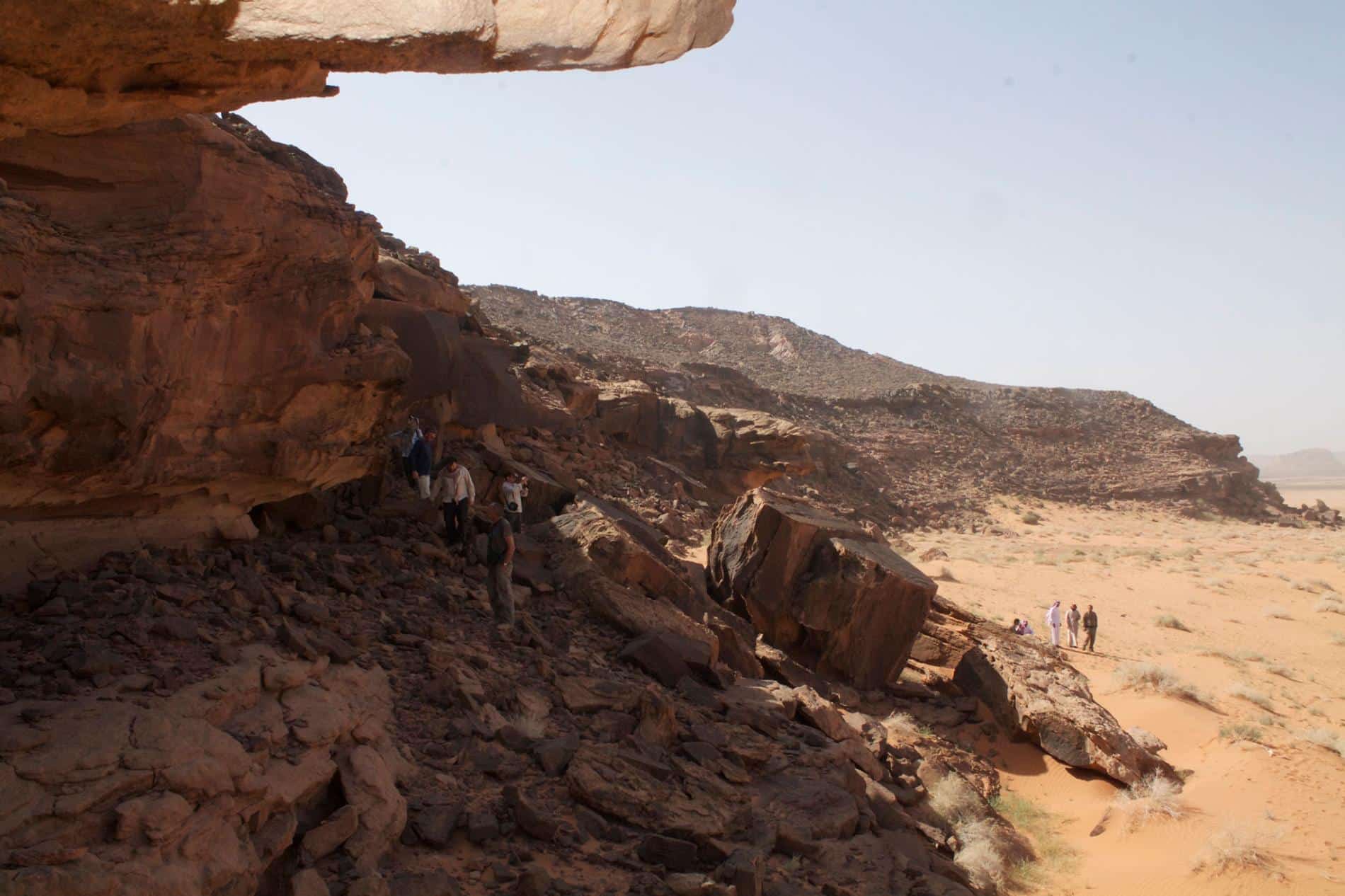 Archeologists have long known that dogs were domesticated as far as the Neolithic period. In fact, dog bones dating around 10,000 years have been obtained near human settlements. Hence it is really possible that dogs helped humans in hunting.

Whether or not these images construct the earliest dogs, it cannot be denied that they are interesting. It may require further research, but they definitely hold an ounce of truth in the field of archeology and science. Hopefully, more evidence will come to light and that the researchers can finally prove their study.